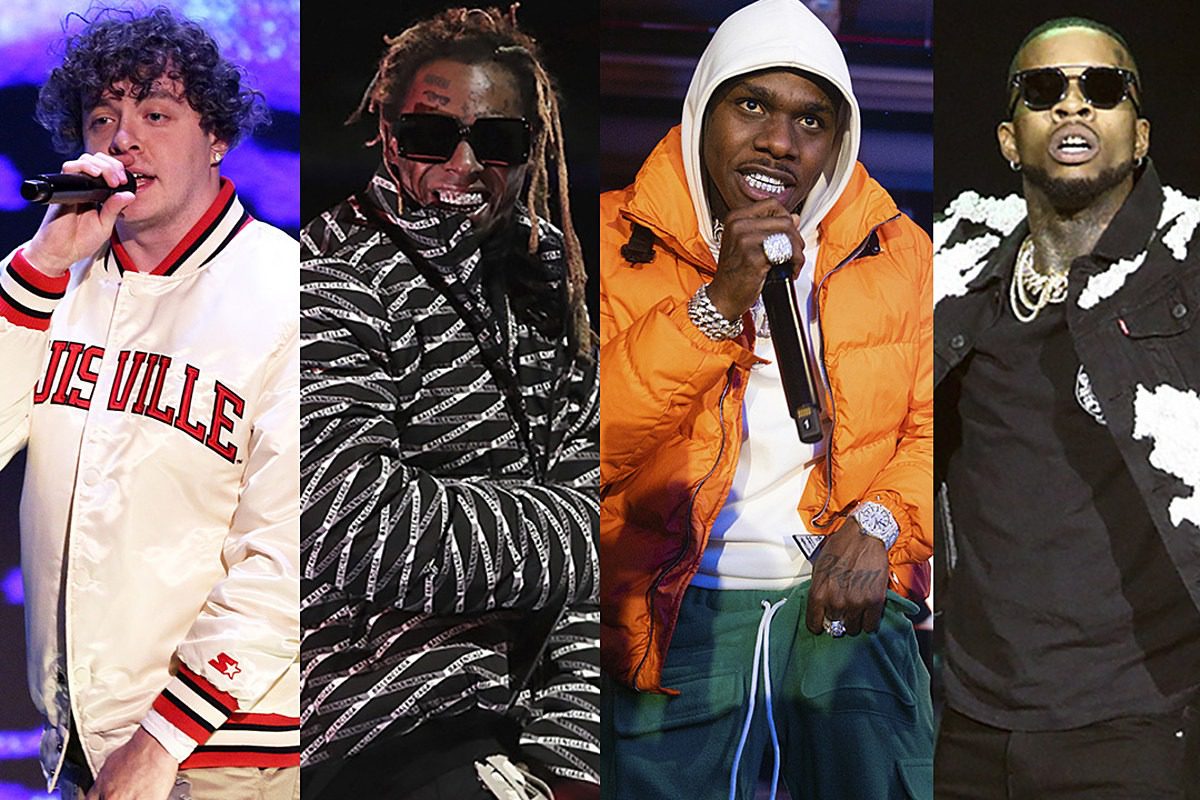 Jack Harlow puts a new touch on one of his hit records.

On Wednesday (June 24), Jack Harlow dropped off his reinvented rendition with a remix of "What's Poppin" and a helping hand from DaBaby, Lil Wayne and Tory Lanez.

Harlow kicks off the Jetsonmade and Pooh Beatz-produced "What's Poppin (Remix)" with a whole new verse, boasting about his forthcoming success.

"Back with the remix/These boys all my sons like Phoenix/My city and state never ever seen this/Jimmy Neutron, I'ma young boy genius/On a futon, I'ma give her that penis/When this shit's done, I'ma fill up arenas (Ooh)/Like Gilbert Arenas, shoot my shot, I'm still with the demons (Ooh)," he spits at the beginning of the track.

DaBaby follows up with his verse. "Call up my bitch, tell her, 'Bring me that noggin' (Brrt)/Brain real good, she a scholar/I like the thing with low mileage, good brain with no college/Call me DaBaby, no toddler (Wah)/I'm real creative and stylish, F&N in my denim I send a hit, make him spin 'em," Baby raps.

Tory delivers a gritty flow next. "Runnin' in diamonds, they illuminatin' the way that I come again/I just put so many pennies on the watch/That I don't ever got to stunt again, nigga, lil' Tory," he says.

Lil Wayne caps off the final verse on the collab, doing his own spin on Harlow's chorus. "Yeah, what's poppin'? (Poppin')/Brand new phone, just dropped it/Um, fuck it, I got options/I bust down couple Apple Watches (Hello)/I could put the ball in the end zone/Put a bad bitch in the friend zone, ooh, ooh/I'ma bust all on the skin tone," Weezy raps.

The Louisville, Ky. rapper initially announced the track's existence on Tuesday night (June 23) when he posted an animated image of himself alongside Wayne, Baby and Tory on Instagram. The caption reads, "The remix. Tomorrow at noon eastern."

The 22-year-old spitter shared a statement following the release of his new single. "'What's Poppin' dropped at the top of this historic year and things haven’t been the same for me or the world since," he began. "I knew the record was special, but it continues to exceed my inner circle and I’s expectations. Getting DaBaby and Tory Lanez on the record is very exciting, especially because they both delivered. But Lil Wayne hopping on is a dream come true; a real bucket list achievement. Something I can say was done for the place I’m from – Louisville, Kentucky. This is a moment all of my city and state can be proud of despite these difficult times. Thank you to my fans for making this go so far, because without them I wouldn’t have any of it. To the top we go.”

After releasing the track back in January, "What's Poppin" went on to amass 600 million streams around the world with nearly 68 million views for the official YouTube visual. The single also quickly climbed the Billboard Hot 100 chart, peaking at No. 18.

In a recent interview with XXL, the 22-year-old rhymer talked about his ability to stay in his pocket and control his flow.

"At a young age, it was like I could control my flow…I wasn't missing the pocket. I had control. I had technique," Jack begins in a conversation for our Spring 2020 issue.