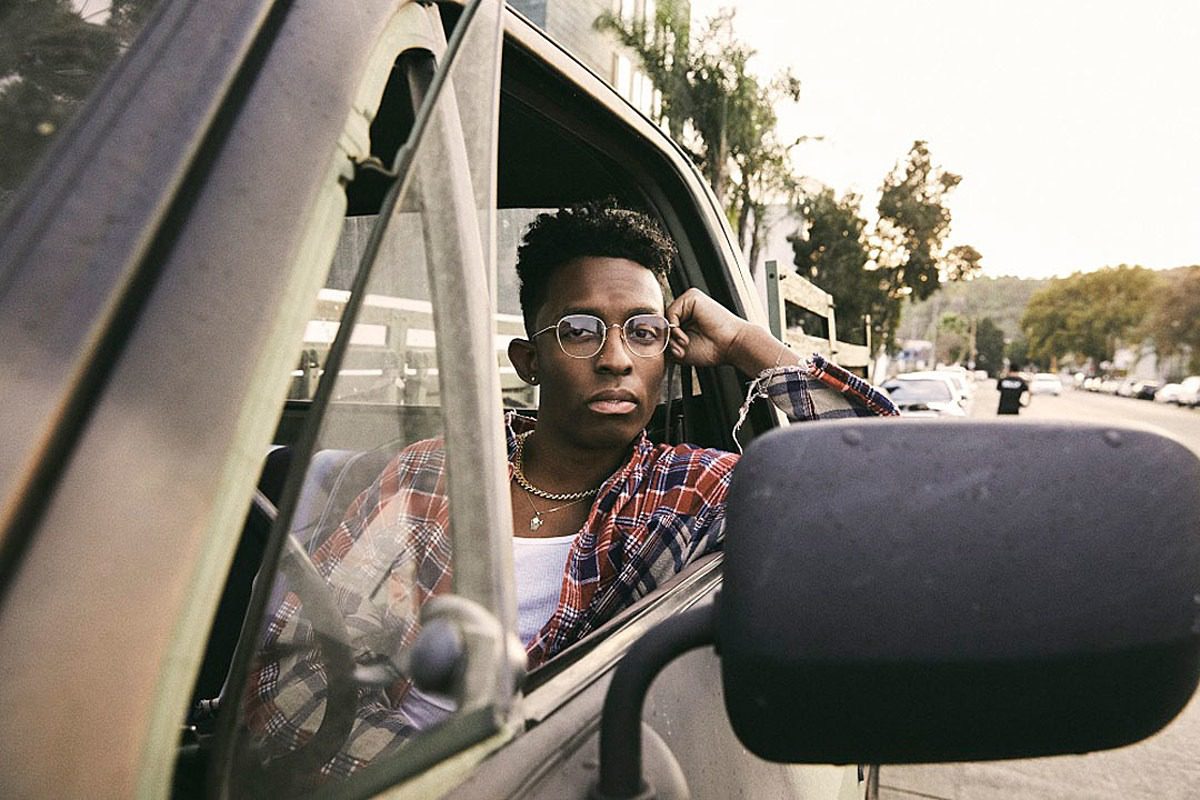 At just 24 years old, New Jersey rapper Breland has already spent a decade making music. Coming up as the son of two ordained ministers in his home state, Breland's childhood was dominated by gospel music. When he was 14 and a boarding school student, his world expanded, with his friends putting him on to various genres, including hip-hop, country and pop. He immediately started making his own music, hoping to blow up like Justin Bieber (and posting his songs like him, too). Breland's sound was a mix of everything he was listening to, and his potential shined through.

By 2018, Breland was making his way as an accomplished songwriter, after fully committing to the craft as a Georgetown University student. Placements with Chris Brown, Trey Songz and 2019 XXL Freshman YK Osiris came around this time. Breland was also continuing to post the songs he recorded to his Instagram account. Things were a bit different in 2019, when he posted a snippet of what would become his hit single "My Truck." His social media followers told him to make the song himself as opposed to pitching it as a songwriter to any of his contemporaries.

He heeded the advice of his fans, and the result is a win. The song itself is a blend of hip-hop and country, but feels independent of Lil Nas X's "Old Town Road." Smoke his blunt, scuff his Jordans or call him crazy, but don't dare touch his truck; Breland gave truckers everywhere a new ode. Over 28 million Spotify streams later, Breland is an Atlantic Records signee, and has rolled out both his 2020 self-titled debut EP and Rage & Sorrow, a three-song project on which he shares his feelings about George Floyd's murder and other violence towards Black people.

With an ability to make rap, country, R&B and pop all fit together, it feels like Breland will be around for a long time. Catch up with him in this week's edition of The Break.

I grew up listening to: "I grew up listening to pretty much only gospel music. Both of my parents are ordained ministers. And so, I just grew up listening to a lot of gospel, so, a lot of Kirk Franklin, Fred Hammond. I ended up leaving home at 14. I went to a boarding school for high school, so, I was living on a campus. And at that point, there really were no rules as to what I could and couldn't listen to. So all my classmates and roommates were just putting me on to all different types of music, be it R&B, hip hop, pop, country, rock, all these the classic joints and metal and house and all this music that I literally had no exposure to before that."

I’m going to blow up because: "I think it's the fact that I don't take anything for granted. I'm a hustler. I put in 10 years to get this far. Making money isn't going to stop my hustle at all. It just makes me want to work harder. And I think when you work hard and also have talent and treat people well, that's the combination that can't really lose. And I've gotten a lot of really cool cosigns from people that I respect in country and in hip-hop of just people that have shown love. I got Sam Hunt on the 'My Truck (Remix).' I've got records with Keith Urban coming out this summer. Just for people in country to accept what I'm doing and then also a bunch of people in the hip-hop world, Lil Nas X, BlocBoy JB. I've had a few different people hit me up and be like, 'Hey, bro, I rock with what you're doing.'"

What’s your most slept-on song, and why?: "I would say the most slept-on record is this record that I have called 'Beautiful Lies.' And it's not very country at all. It's really just kind of an R&B song on the low, but it's a song that talks about my story and kind of where I'm coming from and why I'm so hungry to get it. And I think the people who are taking the time to listen to that record understand me in a different way."

My standout records to date have been: "I would say my biggest records right now would be 'My Truck' and 'My Truck (Remix).' And then after that would be 'Hot Sauce.' 'My Truck' is kind of the debut single that got all of this started and then the remix has Sam Hunt on it, so, there's a lot more country listeners who are tuning into that record. And both of those got some radio plays. So, I think it makes a lot of sense. 'Hot Sauce' hasn't gotten really any type of radio support, but still has kind of quietly put up a million views on YouTube and a million streams on Spotify and some 7,500 videos on TikTok. So, I feel like that one just has a lot of organic potential"

My standout moments to date have been: "I was out at a restaurant in Nashville and my song came on just out in the wild. And I was like, wait. And then I was looking around and there were several people who knew the words and they didn't even realize that I was the artist attached to the song. They just knew the song and it just came on organically. And I was like, yo, that's really crazy. I never thought that I was going to have a song that I'm singing. I think from a songwriter's perspective, I've had a couple instances where I've written a song and it's just come on somewhere. I was a part of … YK Osiris had a record with Kehlani called 'Ride' that I wrote on. And I heard that song out a couple of times where I was like, oh, wow, this is really dope. But it hits different when it's your own voice."

Most people don’t know: "I'm a real big nerd. I like to read. I watch a lot of sci-fi stuff. I'm into anime. When I was a kid rather, people would've been like, 'I don't know. Breland's kind of a nerd.' But I've always had musical talent. So, it's the kind of thing where there's some people who get on, but they still have their own personal things. I feel like Donald Glover, Childish Gambino, he's kind of a bit of a nerdy dude. You could kind of tell he thinks about things a little differently. So, I feel like I'm kind of in that vein as well."