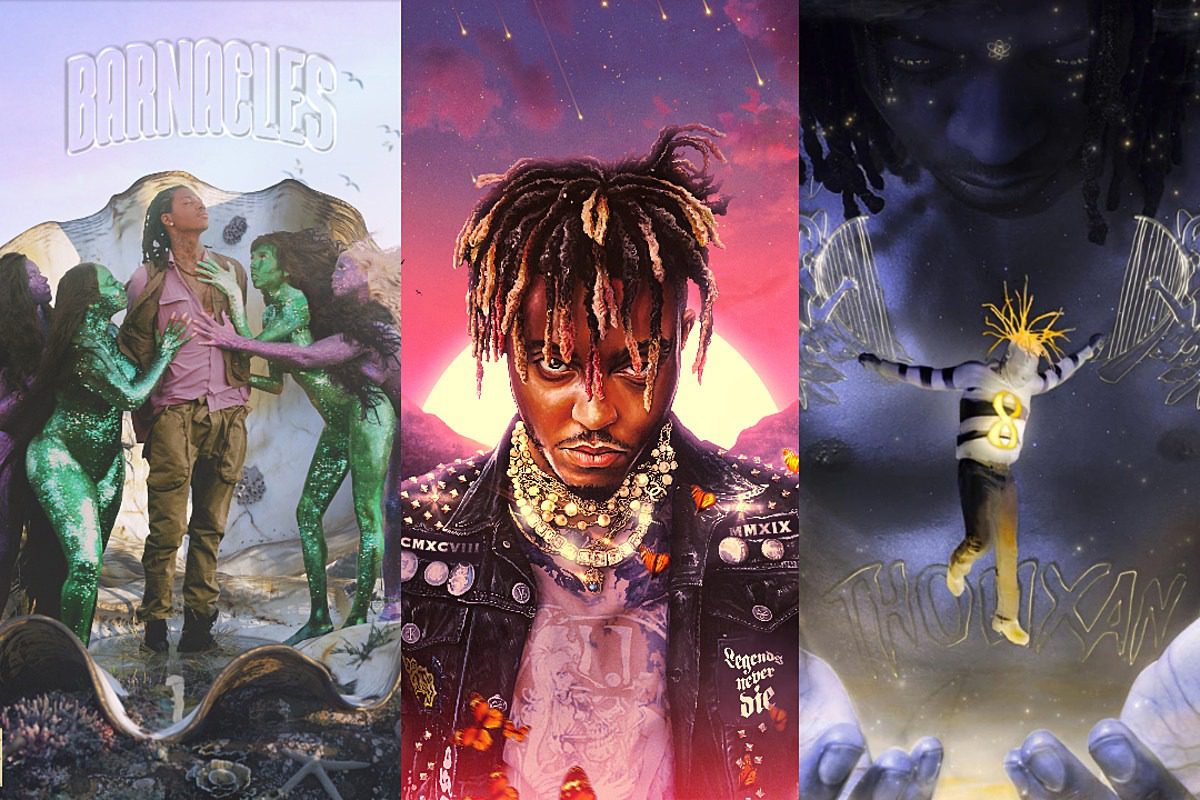 Another week and another set of new music to stream and blast at the highest volume. This week, two Atlanta natives are offering new projects and there's a posthumous album that fans have been patiently waiting for. Also, a seasoned vet is putting on some newcomers. Take a look below to find the newly released albums, mixtapes and EPs that have been delivered over the last seven days.

Following Juice Wrld's tragic passing at the end of 2019, there has been much talk about a posthumous album. The LP has finally arrived and it's titled Legends Never Die. In the days leading up to the release, a record with Juice and Halsey called "Life's a Mess" was offered, as well as a collaboration with the Chicago native and electronic music producer and DJ Marshmello called "Come & Go." Back in April, the Nick Mira and Charlie Handsome-produced song "Righteous" also arrived. All three tracks appear on the Chicago rapper's album. This latest effort from Juice Wrld comes after Death Race for Love, which dropped in March of 2019 and skyrocketed to the top of the Billboard 200 chart after one week.

Over in Atlanta, SahBabii is continuing with the sea-inspired themes in his music. He's back with the 16-track project Barnacles. The effort was a midweek treat and dropped on Wednesday (July 8). After sharing that the project has officially hit streaming platforms, SahBabii tweeted, "The love is real and I feel it. I watched a video about 'Kobe' on meditating and it helped. I woke up real down yesterday not knowing how much love I will receive later that day. Thanks to the fans, my family, producers, my team and T3." The release only contains one feature, Sah's brother, T3. Barnacles follows his 2019 EP 3P and 2018's Squidtastic.

Up next is UnoTheActivist. Uno delivers his debut album, 8, which is symbolic of the infinity sign. The ATL-bred rapper's new release features 18 songs and has guest appearances from Ty Dolla $ign, Calboy and 2gramcam. 8 finds the rapper evolving with meaningful lyrics and raw emotion. Expect bouncy flows and melodies while also experimenting with his vocal range. Uno's latest effort follows his January release, Dedication 2: Lost Files. In 2019, he dropped Deadication and before that, Limbus, Pt. 1 and Limbus, Pt. 2. UnoTheActivist's introduction to the world his 2015 mixtape, No More Thotties.

Pharrell is celebrating artists in the game who are seizing the moment with his i am OTHER, Volume 1 album, which features 10 original tracks from artists in the SoundCloud community. Using the hashtag #SCxiamOTHER, artists were welcome to submit entries and the final product is replete with songs like Kota the Friend's "B.Q.E (#B.L.M)" featuring Joey Bada$$ and Bas, and Dot Cromwell's "God Bless."

This is an album with a good cause behind it too, as the more you stream the album on repeat, all proceeds from SoundCloud and i am OTHER will go directly to Sweet Relief and Help Musicians, two charitable organizations on the frontlines supporting artists. And i am OTHER, Volume 2 is on the way. Expect the new compilation project to feature new artists that promote power, unity and love in their music.