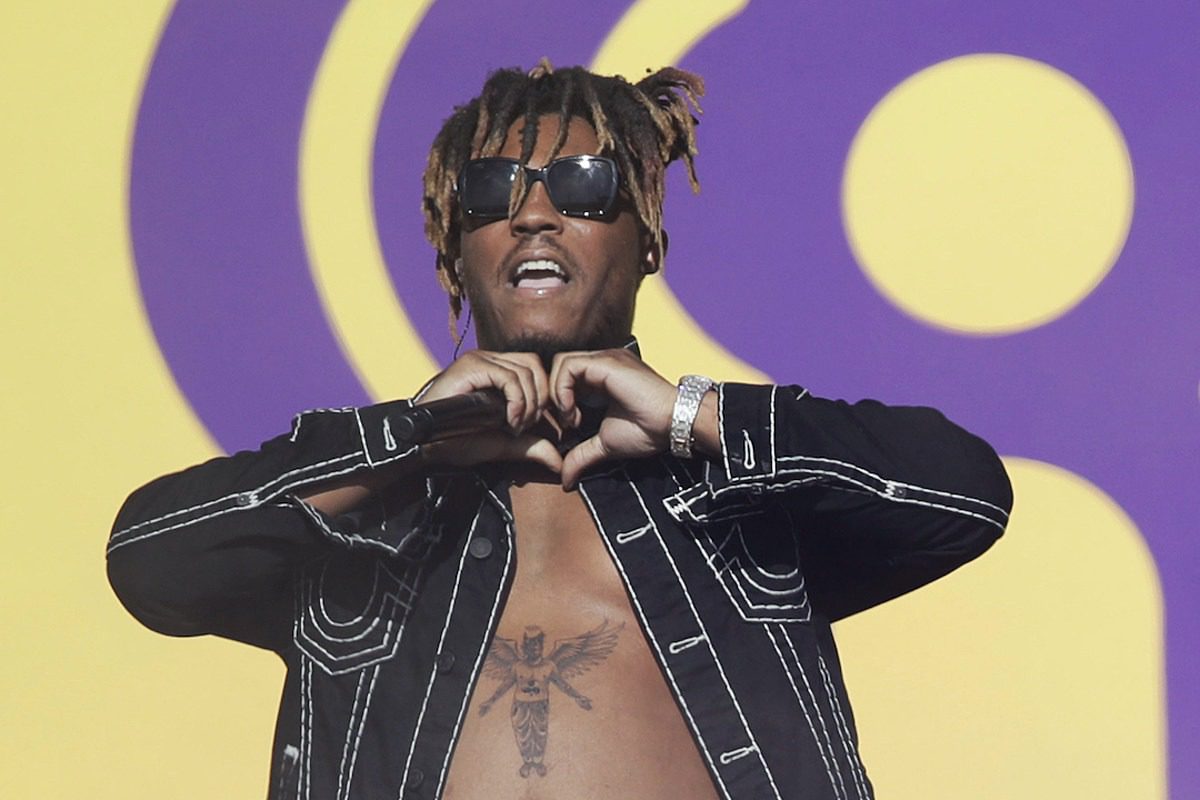 Another week, another posthumous rap album debuts at No. 1 on the Billboard 200 chart.

The huge week was good enough to put Juice Wrld in the record books. LND is the biggest selling posthumous debut in 23 years, only being eclipsed by The Notorious B.I.G.’s Life After Death (690K) and 2Pac’s R U Still Down (549K), both released in 1997. The album also notched the biggest sales week of 2020, passing The Weeknd's After Hours debut by nearly 60,000 units.

The highly-anticipated LP was released on less than a week's notice. The 21-song offering features guest appearances from Trippie Redd, Marshmello, Polo G, The Kid Laroi and Halsey, and was spearheaded by the singles "Come & Go," "Tell Me U Luv Me" and "Righteous."

Luckily, it appears this won't be the last music we hear from the beloved rapper, who died last December from an accidental overdose. Lil Bibby, head of Grade A Productions, the label Juice Wrld was signed to in partnership with Interscope Records, recently revealed to XXL that more music and a documentary are on the way.

"I don't think the albums are gonna stop. It's plenty of music," Bibby said. He also noted, "We are working on a documentary. That's in the works. Be on the lookout for that. That will be coming out soon."

In celebration of the album's major accomplishment, Juice Wrld's mother, Carmela Wallace, and his Grade A family have released a statement.

“The overwhelming love that millions of music fans clearly have for Jarad reminds us how much his poetic words, creativity, and bright light continues to shine throughout the world,” the statement reads. “This first collection of songs is a poignant reminder of his great artistic talent and emotional honesty. Music was his passion and recording gave him the outlet to share everything he was going through. In addition to his music, Jarad's legacy will continue to provide help to young people through his Live Free 999 Foundation. We are incredibly grateful to the fans who continue to uplift him every single day and our hope is that his words touch your life in a way that helps you through any challenges you may be facing.”