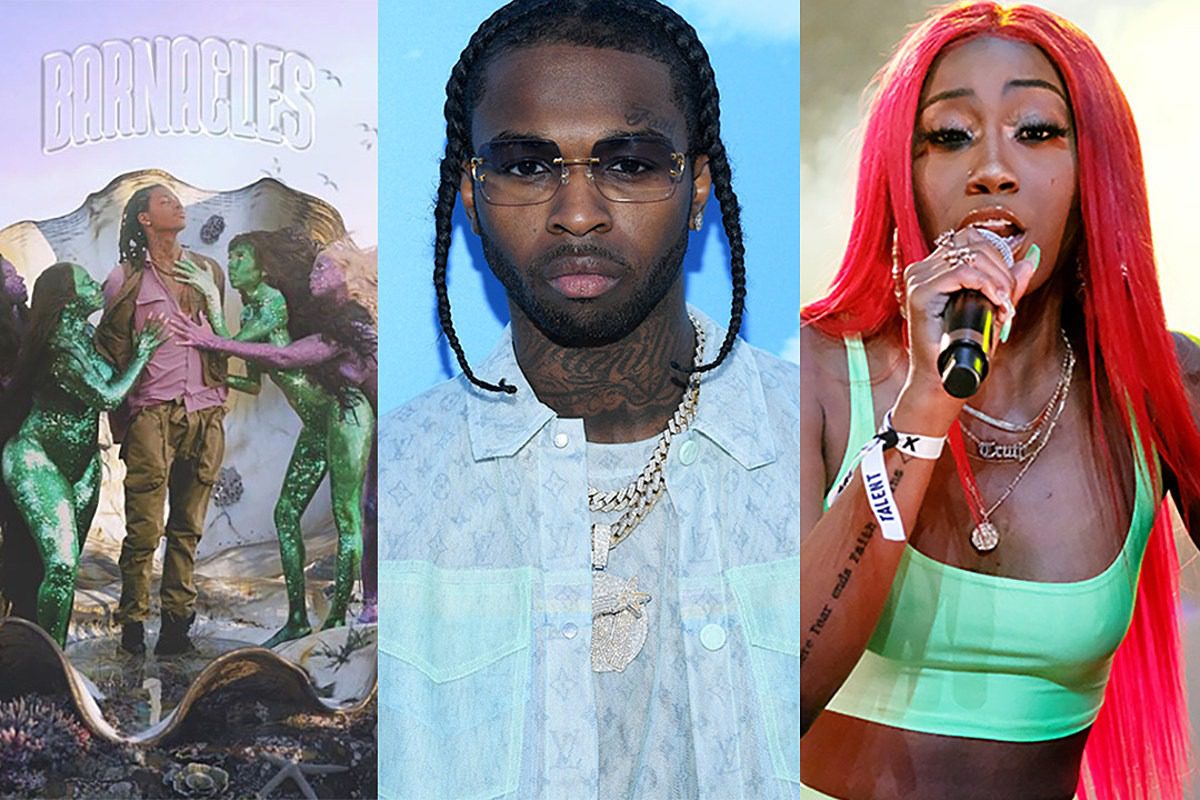 June offered a ton of new projects, albums and mixtapes to help kick start the summer into full gear. Despite the country's current climate, which pushed back the release dates of some rappers' music, there was still a great deal of heat to help wade through these tough times. Run The Jewels dropped off their Run The Jewels 4 at the beginning of the month. Towards the end of June, A Boogie Wit Da Hoodie gave fans a deluxe version of Artist 2.0 and Wale surprised hip-hop heads with a new project titled The Imperfect Storm. As July slides in, there will be plenty more new sounds to bump through your speakers.

After experiencing a minor delay on its arrival, Pop Smoke's posthumous debut album, Shoot for the Stars, Aim for the Moon, will arrive on July 3. The release will follow the late Brooklyn drill rapper's recent single "Make It Rain" featuring Rowdy Rebel and "Shake The Room" with Quavo. The video for the Huncho-assisted track was Pop's last prior to his untimely death in February. It's possible that the album will also feature an appearance from 50 Cent and Roddy Ricch.

Sahbabii is dropping off his latest project Barnacles on the Fourth of July. The Atlanta native's new music comes a little over a year after he delivered his 3-track EP, 3P. Before that, Sah gave fans his Squidtastic mixtape. The tape, which contains 12 songs, only has features from the rapper's older brother, T3. Sahbabii hit the scene and made major waves back in 2017 with his breakout single, "Pull Up Wit Ah Stick."

Flo Milli has arrived with her first EP. The Mobile, Ala. native is releasing Ho, Why Is You Here? this month. Although this is Milli's first project, the rapper has been busy dropping music such as her single, "Like That Bitch." Flo Milli caught the ears of many after delivering her own version of Playboi Carti and Ethereal's 2015 cut, "Beef," in 2018 which she titled "Beef Flomix." Tracks like "In the Party," "My Attitude" and "Not Friendly" came after, building fans' anticipation for a full project and it's on the way.

Scroll down to see a full list of the albums, mixtapes, projects and EPs, in addition to the new music from Pop Smoke, Sahbabii and Flo Milli, that will be available on DSPs throughout the month of July.