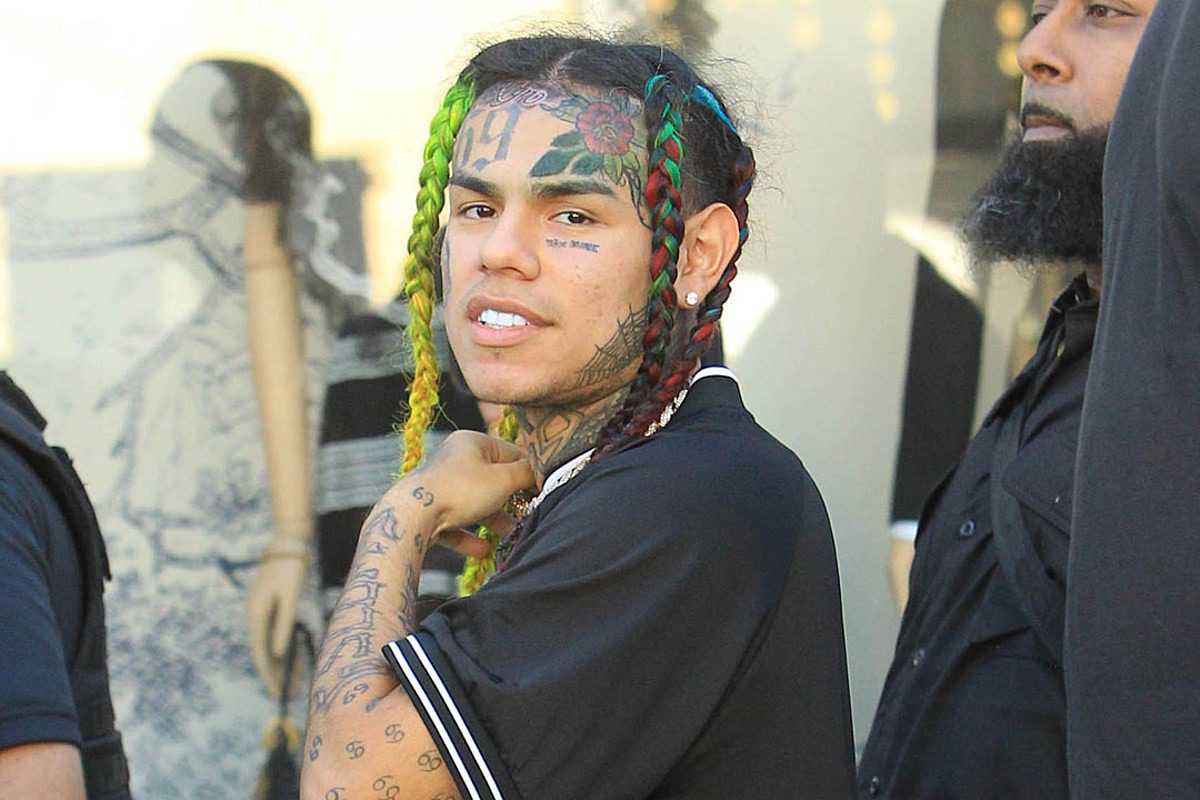 According to a report from TMZ today (June 25), the social media platform will not make Tekashi get rid of his account because of his criminal history. Back in 2015, he pleaded guilty to use of a child in a sexual performance. The outlet claims that people began to question how the Brooklyn rapper is able to keep his account, despite the policy of Instagram's parent company, Facebook.

6ix9ine's account was placed on review and according to the site, Facebook determined that he was considered a "youthful offender," which differs from an adult sex offender conviction. He was 18 years old when the incident took place.

Additionally, the report says that Tekashi doesn't meet their criteria that would categorize him as a sex offender. His real name, Daniel Hernandez, also is not listed on the New York State Sex Offender Registry.

The case in question is when three videos were uploaded to social media from the night of Feb. 21, 2015 featuring 6ix9ine and a nude underaged girl, whom he claims lied about her age and said she was 19 years old. In one of the videos, the girl is seen nude and sitting across the laps of Tekashi and another man, Taquan Anderson. Anderson was charged separately.

In October 2018, 6ix9ine was sentenced to four years probation following his 2015 arrest and conviction in his sexual misconduct case. He was also required to complete 1,000 hours of community service and to refrain from associating with gang members. The "Trollz" rapper was prohibited from posting or reposting sexually explicit or violent images of women or children online and ordered to write a letter to the victim and her family detailing why the video footage from the incident was harmful.