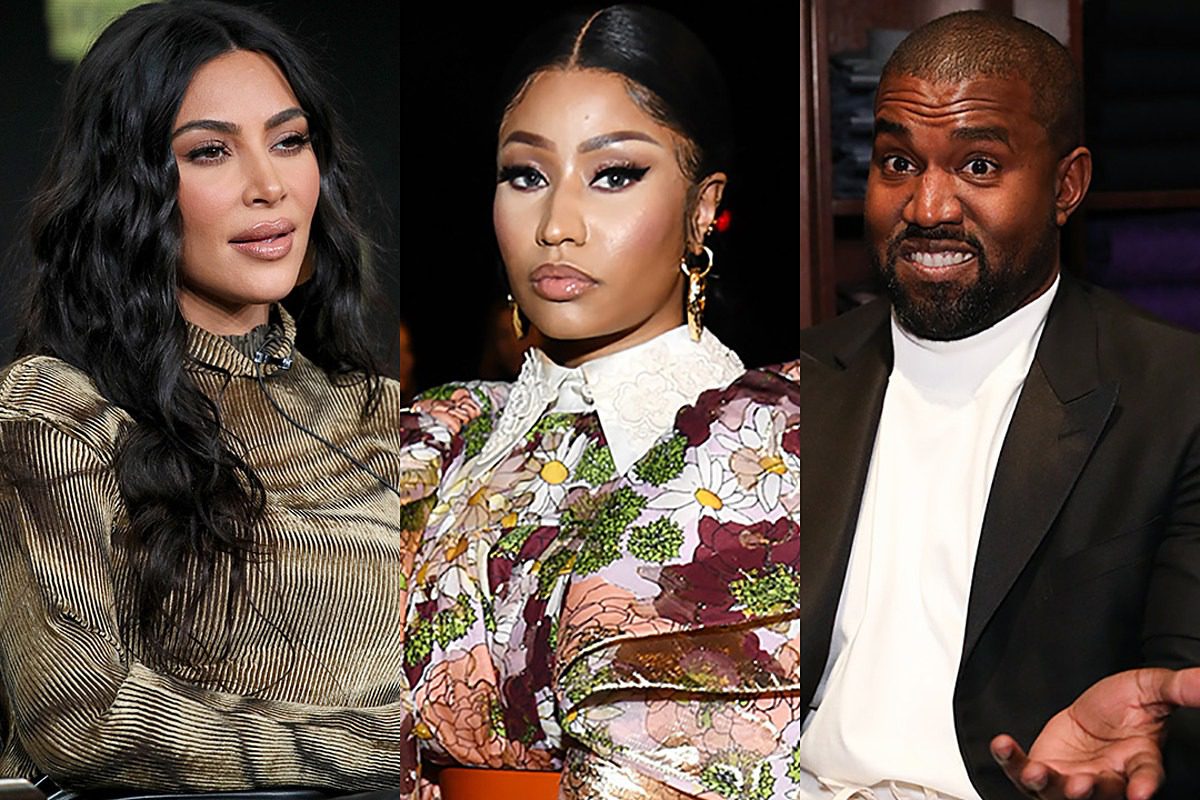 Nicki Minaj's fans have been badgering her about her unreleased track "New Body" with Kanye West. Now, the Queens MC has given her Barbz a plan of action and it involves 'Ye's wife.

Nicki told her Barbz in a since-deleted tweet on Wednesday (June 24) to hit up Kim Kardashian everyday to possibly get her to convince Kanye to release "New Body." She said something similar about her record "Move Ya Hips" with A$AP Ferg.

The Queen Radio show host has been answering questions about the record, which has leaked on the internet, over the last few weeks. During an Instagram live session earlier this month, Nicki commented that she will contact Kanye about officially dropping the track. She also admitted that she isn't a huge fan of the record.

Apparently, a video was shot for the record as well.

Back in 2018, Kanye spoke to TMZ about a collaboration with Nicki, which addresses body shaming and was supposed to appear on his album Yandhi. However, the project never made its way to the public. "Nicki just rapped on a song that we’re talking about dealing with, uh, body shaming,” he said at the time. “This concept is a ‘Ye concept but I’m going to say it to y’all right now. I’m taking two stigmas at once. Because I love taking stigmas and flipping them to positive. Negative energy to a positive."

The G.O.O.D. Music founder was more than likely referring to their track "New Body," which also features Ty Dolla $ign.

"Mmm, ayo/You ain't fucked me, you fucked the old body/You ain't fuck Nicki, you fucked Nicole body/Ain't no miles on this here new body/Off with they heads, these bitches is nobodies/Got me a new body, now I need some new dick/No little wood tryna stick me like a toothpick," Nicki raps on the record.

Only time will tell if "New Body" will receive an official release.