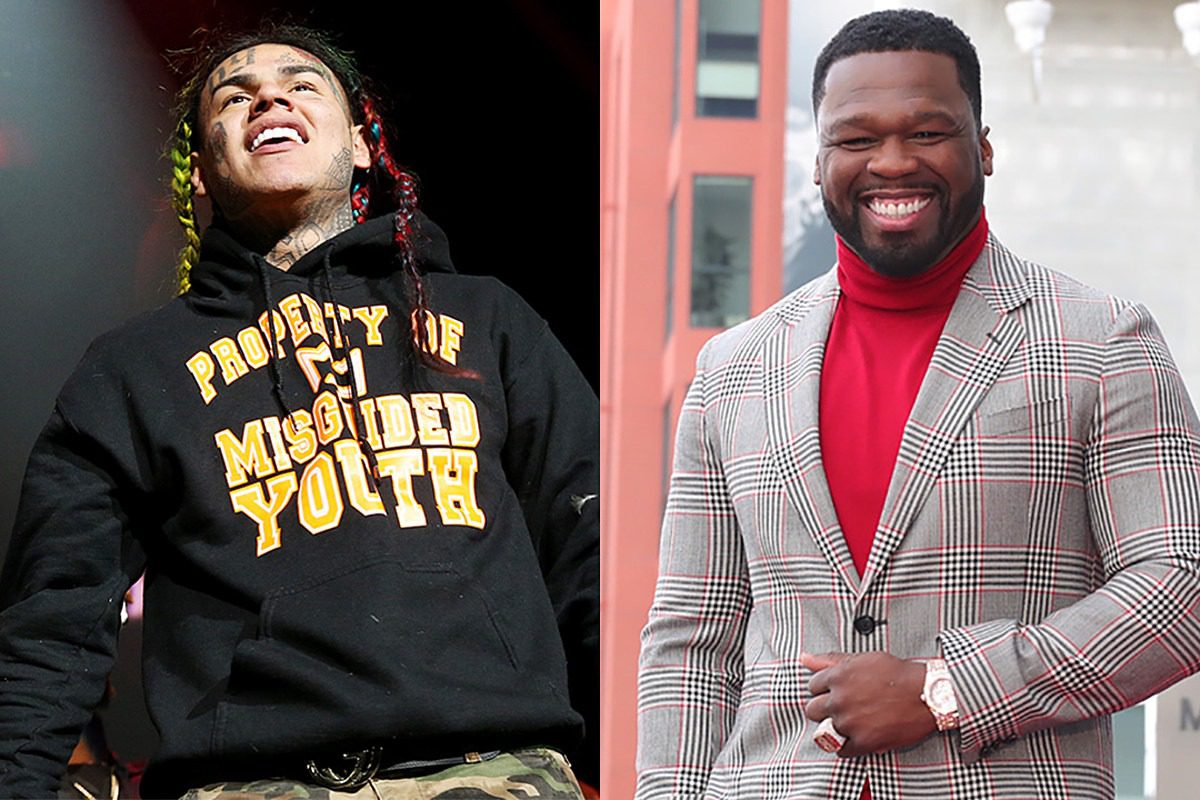 6ix9ine is eyeing a new record and it's a remake of a classic 50 Cent hit.

During an Instagram live conversation that surfaced on the internet on Wednesday (June 24), Tekashi expressed excitement in wanting to recreate Fif's 2003 song "Many Men."

"I wanna make a 'many men, wish death ’pon me…,'" 6ix9ine said, while harmonizing the hook for the track. After being told that the late Pop Smoke has already done a new version of the track, Tekashi goes on the play the unreleased record while saying repeatedly "that shit is hard."

Although the G-Unit Records head honcho has referred to Tekashi as his son in the past, a collab between the two doesn't seem likely. Back in April, Fif said during an interview with Big Boy of L.A.'s Real 92.3 that he wouldn't work with 6ix9ine due to him testifying in his federal firearms and racketeering case.

50 actually teased a clip of Pop's remake back in February via social media, but the post has since been deleted.

However, earlier this month when it was announced that the Brooklyn drill rapper's posthumous debut album was pushed back, his team also revealed that a new song was coming. Within the announcement was a compilation of videos and Pop Smoke's version of "Many Men" playing in the background.

Although it is unconfirmed, it's possible that the remake of Fif's record is the song he teased earlier this week, which he says will feature Roddy Ricch. "New Pop Smoke Ft @50cent & @roddyricch soon!," 50 wrote in an IG caption.

The Queens native didn't share an exact release date for the collab.

Check out 6ix9ine's conversation about "Many Men" at the 2-minute mark below.