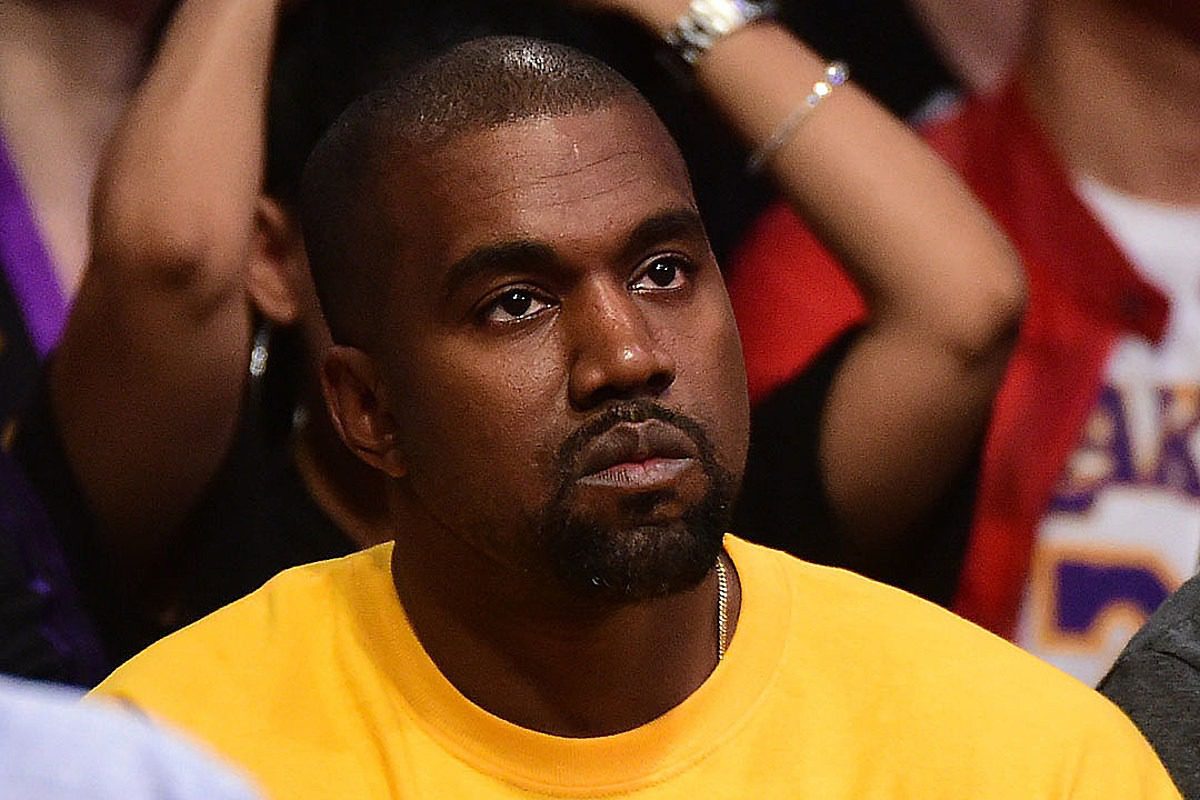 After grabbing headlines over the weekend for his presidential campaign rally and controversial comments about Harriet Tubman, Kanye West is now holding nothing back on Twitter in a series of candid tweets that indicate his family attempted to "lock me up with a doctor."

On Monday night (July 20), Kanye began sending out tweets at a rapid pace, naming his wife Kim Kardashian, mother-in-law Kris Jenner, rival Drake, actor Shia LaBeouf and Vogue Editor-in-Chief Anna Wintour. He even made a major claim about the 2017 Jordan Peele-directed film Get Out.

The Chicago rapper, who was in South Carolina on Sunday to rally support for his presidential campaign, kicked off his series of tweets with screenshots from Google searches for both actors Halle Berry and Jennifer Lawrence. He followed that up with a thinking emoji and Michael Jackson's video for his 1991 hit song "Black or White."

Then came the candid, no holds barred tweeting spree about his claims that Kim and her mom Kris tried to have ’Ye "locked up."

"Kriss don’t play with me you and that calmye are not allowed around my children Ya’ll tried to lock me up," Kanye tweeted. "Everybody knows the movie get out is about me. I put my life on the line for my children that North’s mother would never sell her sex [tape]. I put my life on my God that Norths mom would never photograph her doing playboy and that’s on God I’m at the ranch … come and get me."

"Calmye" is assumed to be a nickname for Kris Jenner's current boyfriend, Corey Gamble.

He kept the tweets going by mentioning both Drizzy ("Drake ") and Pusha-T ("Come and get me … this is the exodus like Pusha said"). Yeezy then put actor Shia LaBeouf on blast, revealing that LaBeouf was confirmed to be the first celebrity to take part in Kanye's YZY GAP photo shoot. "Shia is cap," the Jesus Is King MC tweeted. "Shia was deposed to do the first YZY GAP shoot and he never showed up."

Kanye also went into detail about Kim's attempts to have him see a doctor. "Kim tried to bring a doctor to lock me up with a doctor," the rhymer wrote. "If I get locked up like Mandela Ya’ll will know why… I love my wife My family must live next to me It’s not up to E or NBC anymore. NBC locked up Bill Cosby. Kim was trying to fly to Wyoming with a doctor to lock me up like on the movie Get Out because I cried about saving my daughters life yesterday."

Vogue Editor-in-Chief Anna Wintour got a name-drop in Kanye's social media diatribe, too. "Anna Wintour always showed me love but when I told her I was going to GAP she looked at me like I was crazy Then she called back kissing my ass," ’Ye tweeted.

The G.O.O.D. Music head honcho, who's supposed to be dropping his new album, Donda, this Friday, even demanded that "Kriss and Kim call me now."