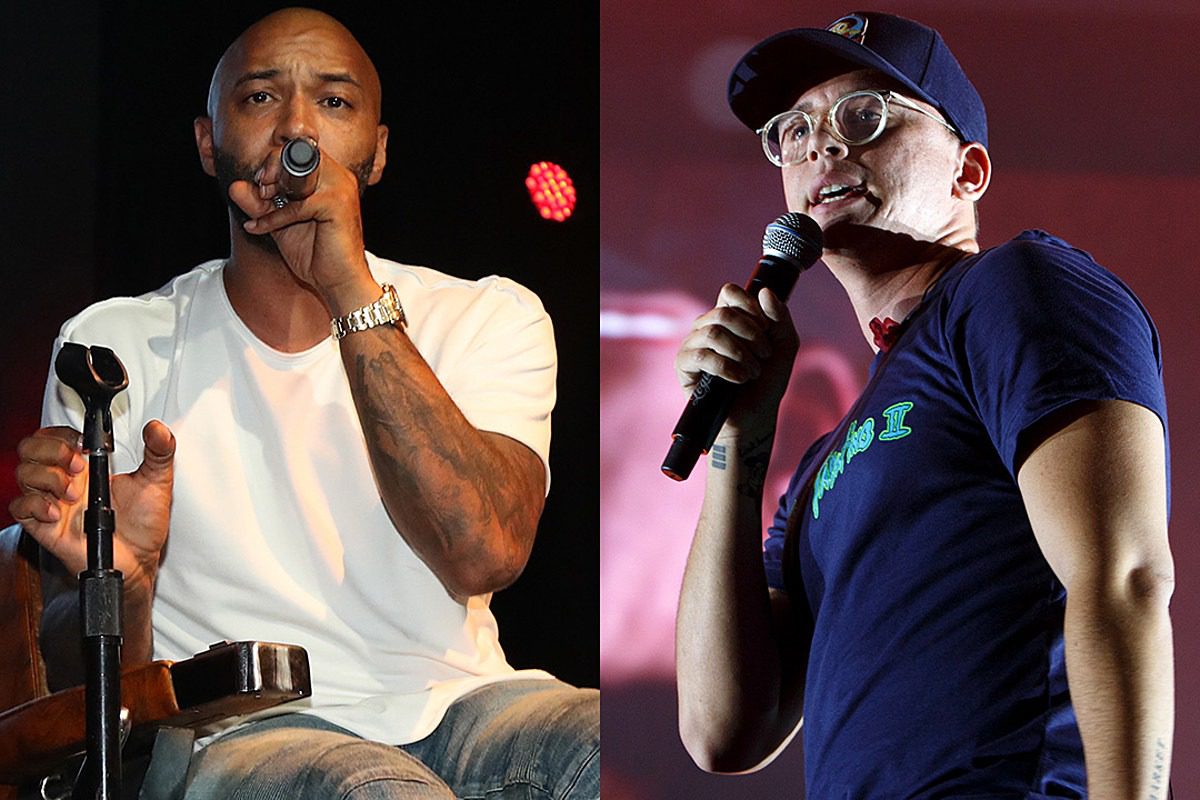 Many rappers part ways with the rap game and Logic is no different. Joe Budden, however, doesn't think Logic's retirement required a public announcement.

On Monday (July 20), Budden shared his thoughts on Logic's retirement announcement made last week on the most recent episode of his Joe Budden Podcast. There, he criticized Logic for announcing his retirement from hip-hop to focus on fatherhood. In the two-hour-long video, Joe made it clear how he felt about the Under Pressure rhymer's choice to leave the game.

"Logic, you don't get to announce this," Budden started. "What the fuck is he talking about? 'Cause we don't care."

As cohosts of the JBP tried to convince Budden that fans would care about a rapper of the "1-800-273-8255" rhymer's caliber retiring, Budden stayed firm in his convictions.

"No, they don't," the rapper said. "They happy that he's leaving. Why you think I got the fucking celebration song queued up, man? Let's celebrate Logic getting the fuck outta here, nigga. You should've retired a long time ago, Logic."

Joe Budden and his podcast cohosts then went on to joke about Logic's forthcoming album, No Pressure, assuming the record would be subpar without even listening to it. Logic's album drops this Friday.

This isn't the first time that Joe Budden has used his Spotify-partnered podcast to take aim at Logic. Back in early October, Budden declared the 30-year-old 2013 XXL Freshman the worst rapper in hip-hop.

"Logic, you are easily one of the worst rappers to ever grace a microphone, I'ma be honest with you," Budden offered. "I don't know what they telling you at Def Jam. I know you sold a lot of records. I know you sell out a whole bunch of tours and I know how successful you are. I have to be honest, you are horrible, man."

Watch the full episode of The Joe Budden Podcast below. Joe Budden's comments begin at the 1:50:00-mark.