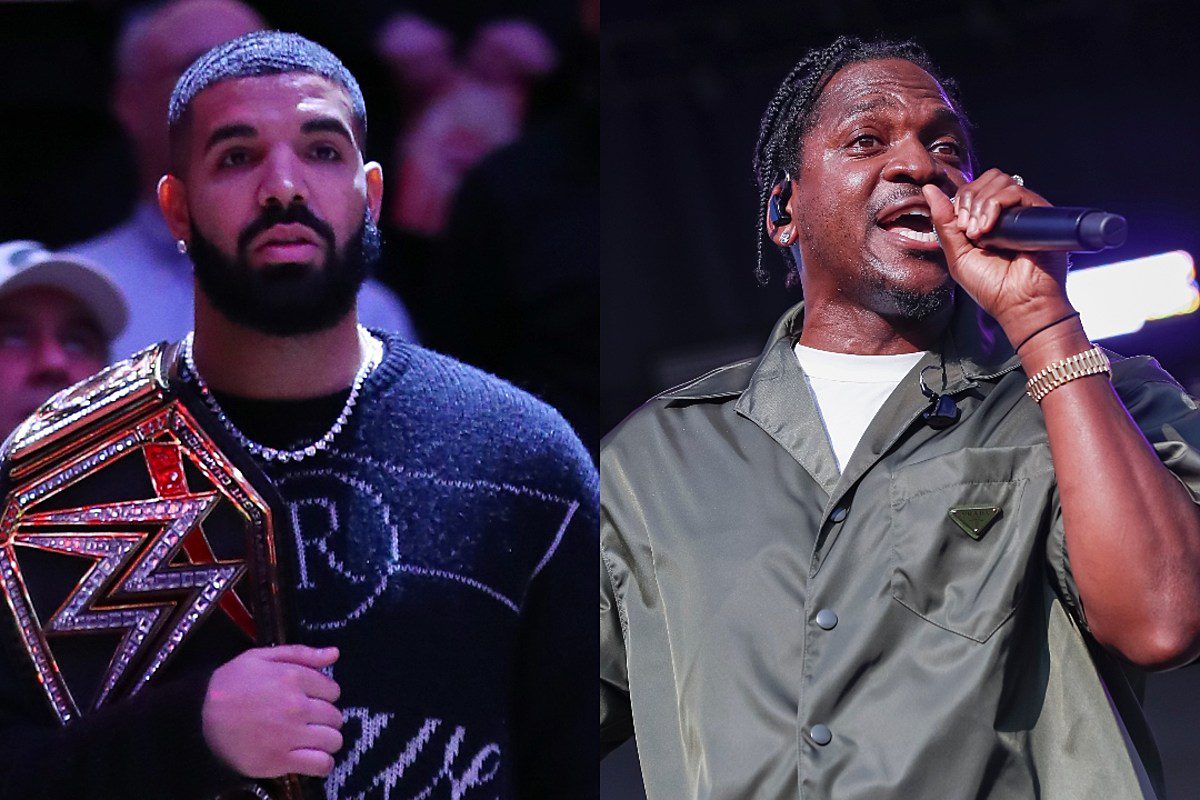 Is Drake sneak dissing Pusha-T on a new record? Possibly.

This afternoon (July 20), "Only You Freestyle," a new song and visual from U.K. rapper Headie One featuring Drizzy hit the internet and it appears that the U.K.-drill record contains some jabs aimed at Pusha and Kanye West.

"Don't make me have to rise my rifle/Man try send some young boys for me/Don't make me have to ride by high school/Shit, you man been droppin' lately/Don't make me have to fly my iTunes/So much people buy into my hype/Don't make me have to buy my hype, too," the Toronto rapper spits in Patios—a dialect often used in Jamaica—presumably referring to King Push, who recently dissed Drake on Pop Smoke's leaked record "Paranoia." That track, which also features Young Thug and Gunna, was supposed to appear on Pop's posthumous debut album, Shoot for the Stars Aim for the Moon, but it didn't make the cut due to a glitch, according to Steven Victor, head of Victor Victor Worldwide, the imprint Pop was signed to.

On "Only You Freestyle," Aubrey seemingly took jabs at Kanye, too. "Dealt with the big homie already, don't make me have to side by side you/’Nough times he tried to hide behind you/Amnesia, but when I remind you/I'm touchin' road and I can't find you/Word to the M-O-B, I'm tied to/I'm givin' up when I decide, too, jeez," Drizzy raps, suggesting that Kanye is the "big homie" that he already dealt with on Drake's 2018 track "Duppy Freestyle," which ’Ye never responded to. Thus, Drake suggesting that ’Ye is hiding behind Pusha.

For reference, Drake held no punches on his "Duppy Freestyle" throwing jabs at Pusha, too. "You're not even top 5 as far as your label talent goes/You send shots, well I got to challenge those/But I bring Calicos to the Alamo/I could never have a Virgil in my circle/ And hold him back 'cause he makes me nervous/I wanna see my brothers flourish to they higher purpose," Drizzy said, more than likely dissing ’Ye and the statements he made about his longtime friend Virgil Abloh becoming the creative director of menswear for Louis Vuitton back in 2018.

Pusha said his fair share about Drake on the "Story of Adidon" as well. One of the more shocking bars was when Push revealed that Drake has a son, whom he alleged was being hidden from the world.

Pusha-T and Drake's back-and-forth has been going on for a few years and it's uncertain which of the two MCs will wave the white flag first.

Check out Drake on Headie One's "Only You Freestyle" below. Drizzy's disses begin around the 1:50-mark.