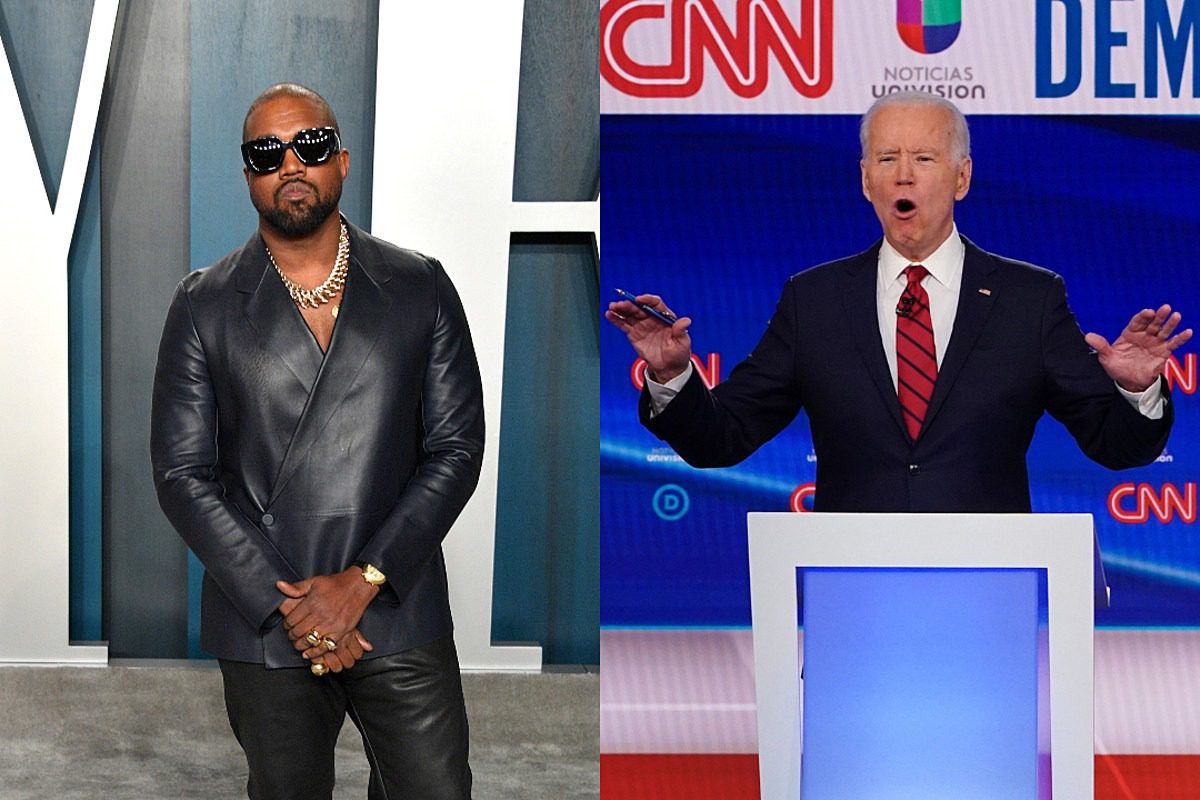 After what some would call a disastrous inaugural presidential campaign rally, followed by a controversy filled week, Kanye West is back hyping up his chances of becoming the next Commander in Chief of the United States.

Many people thought West's desire to be president had waned along with the incidents of last week. However, on Saturday (July 25), 'Ye tweeted in promotion of his political run. "I will beat Biden off of write ins #2020VISION," he tweeted, referring to the number of people who may write his name on their presidential ballot despite him not being an official option.

Seconds later he added, "I CAN BEAT BIDEN OFF OF WRITE INS #2020VISION."

Unfortunately for him, Kanye's write-in theory is even less likely than he thinks. According to a 2016 Washington Post article, several states don't have a write-in option, while others require a potential candidate to file with the state prior to the election. Some states only have an "all others" option that does not specify the candidate.

In the last week, Kanye has been a mainstay in the headlines, starting with his controversial comments about Harriet Tubman during his first campaign rally in North Charleston, S.C., among other ludicrous moments at the event. His actions at the rally made some people question his mental health.

In the days following the event, he aired out his grievances on Twitter, including revealing that his marriage to Kim Kardashian is near divorce. He later said he would focus on music, which included releasing his new album, Donda, on Friday (July 24). The date came  and, unsurprisingly, the album did not come out as promised.

Kanye's political push been has been all over the place. He's missed deadlines and reportedly ended and resumed his campaign in a single day. He first announce his running mate as Michelle Tidball, a preacher from Wyoming, but has also stated he wants Jay-Z to be his VP. Despite his recent rally in South Carolina, he failed to make the ballot in that state.