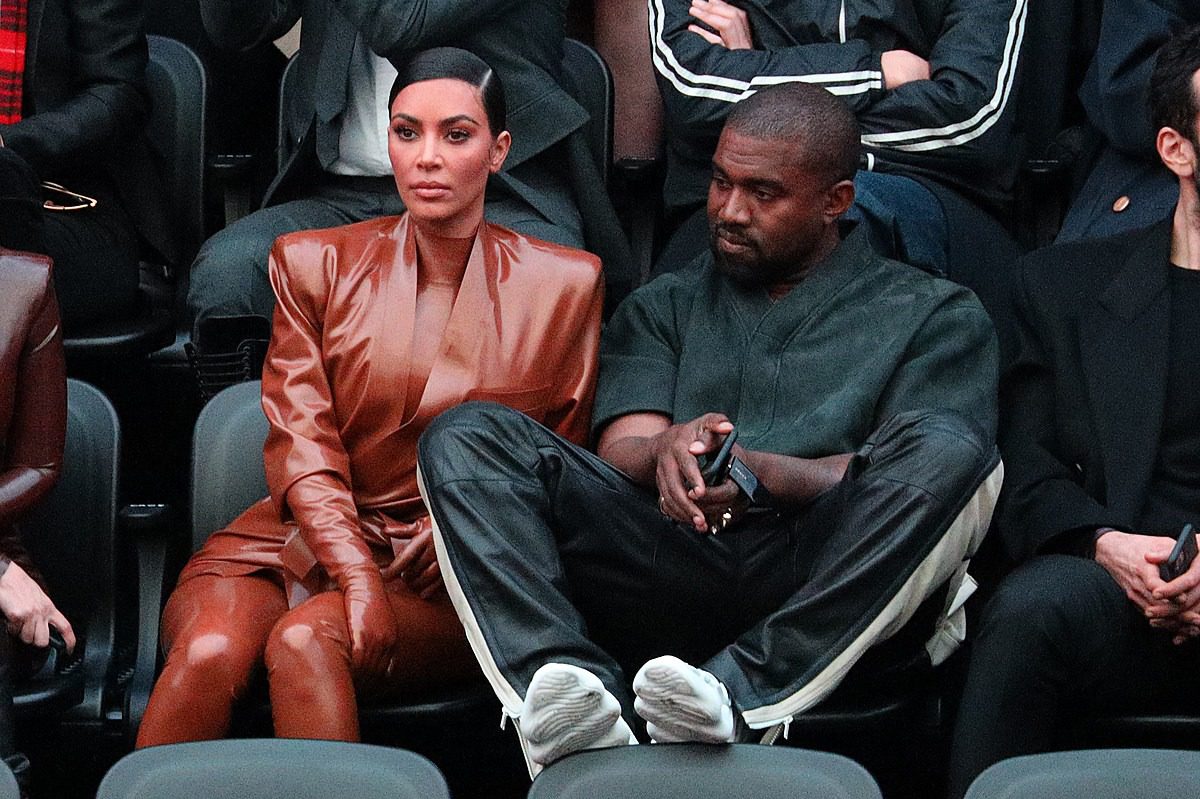 According to a report from TMZ on Tuesday (July 29), ’Ye's wife, Kim Kardashian, returned to Los Angeles yesterday after being spotted having an emotional and tearful reunion with her husband in Wyoming on Monday (July 27). However, she was seen exiting a private jet to head back home without Kanye and that's because he supposedly stayed behind to finish working on his upcoming LP.

Photos began circulating online earlier this week of Kanye and Kim having an intense discussion in an SUV as Kim appears to be crying. The outlet reports that the KimYe sighting was the first time the couple had been together since Yeezy held his controversial presidential rally in South Carolina on July 19.

As for Kanye's unreleased Donda album, the good folks on Twitter think that Lil Baby's recent private flight was to Wyoming to work with ’Ye on the project. On Monday evening, images surfaced on the internet of a flight itinerary from Atlanta to Cody, Wyo, where Kanye's ranch is located, so fans think some music is happening between the two. ’Ye tweeted last week that Baby is his favorite rapper, but the 25-year-old artist doesn't want to do a song with him. The ATL native replied saying that he wasn't even privy to Kanye wanting to work with him, so the speculation doesn't seem farfetched at all.

Kanye's Donda album, which has gone through a series of tracklist changes and even appears to have a new title, Donda: With Child, was supposed to drop on Friday (July 24). It's unclear when the LP will actually be available or which songs will make the cut. If Lil Baby is on the album, he could potentially be joining Travis Scott and maybe Nicki Minaj. Features weren't shared on Kanye's tracklists that he's shared over the last couple of weeks. However, Kanye and Travis' "Wash Us in the Blood" appeared on one of the song lineups and "New Body," which features Nicki on an unreleased version, was on another tracklist.