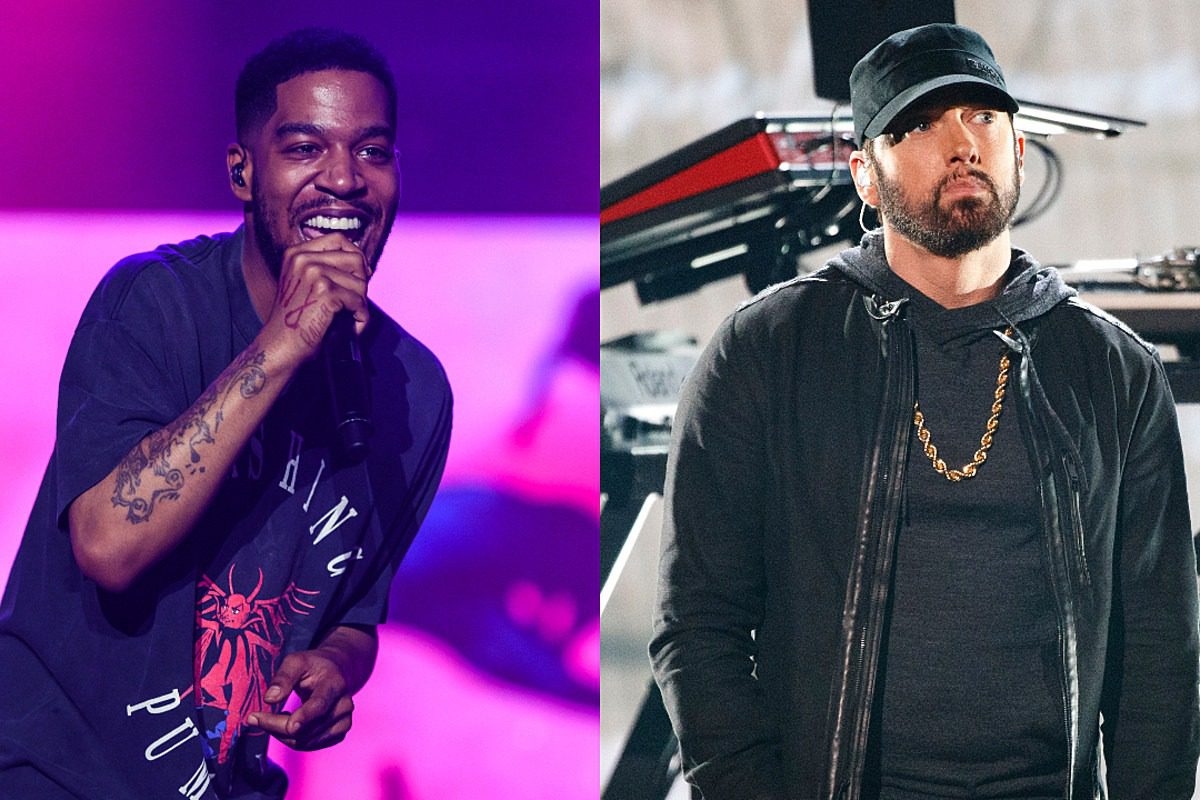 Kid Cudi's tweet to Eminem has come to fruition as the two rappers have delivered a new track to make the summer a little bit hotter.

Both MCs spit over a subdued Dot Da Genius and Eminem-produced track. "Yeah, it's been a minute, but I'm back in it (Uh)/Y'all ain't dealing with the same boy (No)," Cudi rhymes. "Got a little trippy, then I transitioned (Yeah)/New attitude mixed with that pure raw (Aw)."

Eminem goes next with an extended verse. "So if it's God you believe in (Yeah)/Bob your head and just nod in agreement (Yeah)/They say time's undefeated/I'ma be the first one who can beat it (Yeah)," he starts.

Eminem never publicly responded to Cudi, but it's clear that the two were in talks after the Cleveland native posted his tweet. "The Adventures of Moon Man and Slim Shady" is the first song the two rappers have released together.

Back in April, Kid Cudi released a collab track with Travis Scott titled "The Scotts," which went No. 1 on the Billboard Hot 100 chart. Before that, he put out his first song in two years when he released "Leader of the Delinquents." The tracks proved that despite Cudi's sporadic breaks from hip-hop, the 36-year-old rapper hasn't lost a step. In 2019, Cudder told fans they could expect new music this year as well as a new album titled Entergalactic.  So far, he's staying true to his word.

Check out Kid Cudi and Eminem's "The Adventures of Moon Man & Slim Shady" below.