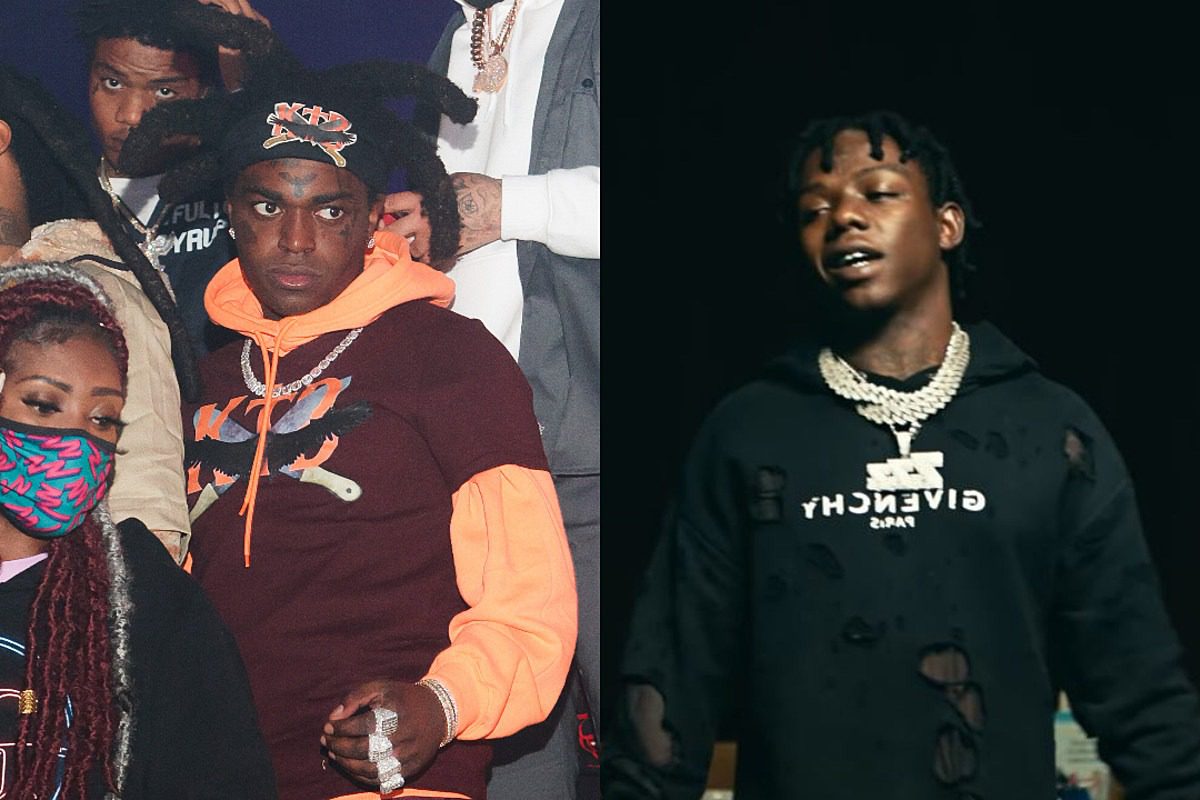 Kodak Black and Jackboy's beef has reached a fever pitch, with both artists getting into a yelling match on Instagram Live.

Following their heated back-and-forth yesterday (Aug. 27), when Kodak accused Jackboy of being the instigator in the YoungBoy Never Broke Again beef, the two South Florida rapper's ended up on Instagram Live together again and the exchange was anything but cordial. Jackboy was initially on Live by himself, still steaming over his much-publicized fallout with his former label boss, when Kodak popped up in the comments. Jackboy then let Kodak into the Live and things immediately went left.

Before Kodak could get his point across, Jackboy spoke over him. "I'm not bout to be on this lame-ass shit with you," Jackboy responded. "I had your password? Yes or no?" he asked Kodak, referencing Kodak telling fans that Jackboy dissed NBA YoungBoy from Kodak's Instagram account while the "Tunnel Vision" rapper was locked up leading to bad blood between the camps.

"You was posting on my page," Kodak was able to get in.

As the two rappers talked over each other, Jackboy took it to a more personal level. "Did I whip you when we was jits rapping your song?" he questioned.

This set Kodak off who responded, "I bust your shit!" Both men argued for a few more seconds before Jackboy abruptly ended the Live.

Kodak and Jackboy, a former Sniper Gang artist, haven't appeared to be seeing eye-to-eye since Kodak was released from prison via communication from then president, Donald Trump. They have been sending shots back and forth in recent weeks before yesterday's major blowup.

Jackboy released his latest project, Jackboy 2, via his own label, 1804 Records, on Friday. He also released the video for the track, "Changing," where he appears to address his separation from Yak.

Check out the latest exchange between Kodak and Jackboy below.

See the Artists Up Next on These Rapper-Run Record Labels

Lil Baby, Yo Gotti and more share why these rappers are up next.
Industry Stories - by admin