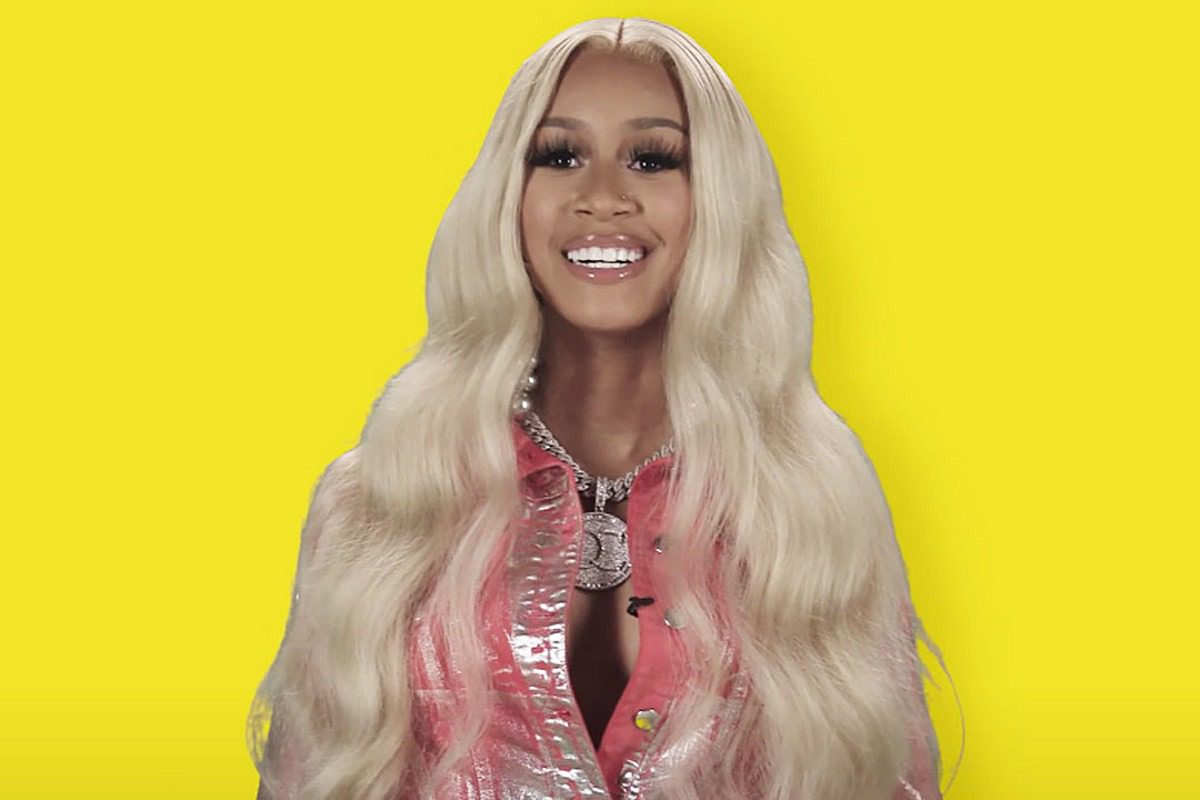 Lakeyah takes a lot of pride in her rhymes and being a certified spitter. The 2021 XXL Freshman made her way from Milwaukee Wisc. to Atlanta with aspirations of becoming a successful rapper. Through hard work, long studio sessions and perseverance, she made her vision happen. Now, she’s a Quality Control Records artist. The 20-year-old rhymer, known for songs like “Big FlexHer,” showcases her paper-chasing ambitions and motivation to succeed in her version of XXL’s ABCs.

The Midwest MC’s bossed-up energy and confidence shines throughout each letter of the alphabet. Lakeyah chooses a fitting word for B. “B is for bossy because that’s what I think my music is,” she says. “It’s just like, I got money, I got my own bag, I don’t need nobody.” Big Key doesn’t play about her money. “C stands for cash. You know, I need my money in all blues, A.S.A.P,” she conveys.

With big goals in mind, Lakeyah goes on to affirm her determination with the letter D all while sharing her desire to rise to the top with dreams of eventually making it to Hollywood. “H stands for Hollywood because that’s where I’ma be,” Lakeyah shares. “We in Atlanta now, but that’s next.”

As Lakeyah gets further into her ABCs, she pays homage to fellow rapper Megan Thee Stallion with the letter O. "O is for outstanding," Keyah explains. "Shout-out Meg, she said, 'I don't stand outside 'cause I'm too outstanding.'" When it comes to the letter P, it stands for exactly what she's doing in the industry. "P is for pressure," she maintains. "I'm pressure. I'm coming with the pressure. I got the pressure."

Towards the end of the video, viewers will also find out that even though Lakeyah delivers hardcore lyrics in her music, she’s also a hopeless romantic.

Get familiar with Lakeyah and find out more about her in XXL’s ABCs.