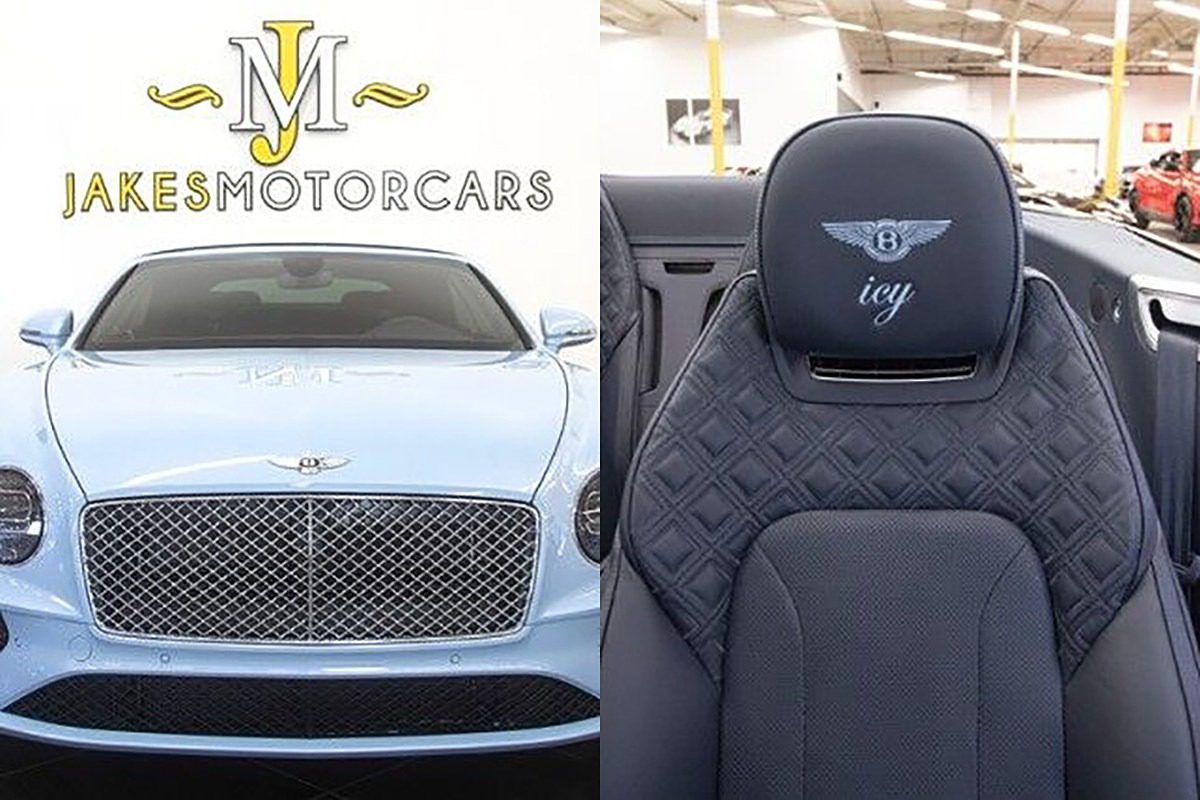 There has been quite a bit of conversation about what actually happened to the "Icy" blue Bentley that Quavo gifted Saweetie last Christmas. Based on a new car listing, it appears the luxury vehicle is on sale for nearly $300,000.

A San Diego-based car dealership called Jake's Motorcars recently listed a 2020 Bentley Continental GTC V8 Convertible for $279,888. The exact date the car became available for purchase is unclear. And while it isn't confirmed that this is the whip the Migos member surprised his ex-girlfriend with last year, there are details that uniquely similar that make this Bentley appear to be the one Saweetie received about six months ago.

The vehicle has an automatic transmission, eight cylinders, all wheel drive and only 2,191 miles.

Based on the Bentley's Carfax history, the car has only had two owners: one in 2019 who leased it in California for 11 months and another in 2020 who leased it in the same state, but for only four months, presumably Quavo.

Back in March of this year, Saweetie confirmed that her and Quavo were no longer together. The "Tap In" rhymer didn't fully disclose details of the split, but alluded to infidelity as an attributing factor. The two rappers were together for nearly three years.

Shortly after the breakup, rumors began circulating that Qua had his former lady's gift repossessed. However, reports later emerged debunking those claims.

Months later, when Quavo and his rap crew dropped their latest album Culture III, a song on the effort seemingly confirms that he did have Saweetie's Bentley repossessed.

On the song, "Having Our Way," which features Quavo, Offset, Takeoff and Drake, Qua rhymes at the end of his verse: "She had it her way, now she out of a Bentley (Skrrt)/(Skrrt, skrrt, get out, ooh)."

Saweetie, on the other hand, doesn't seem to be fazed as she reportedly purchased a Rolls-Royce of her own last week.

XXL has reached out to Jake's Motorcars to confirm if this the Bentley Saweetie once owned.

In the meantime, check out some pictures of the whip below.