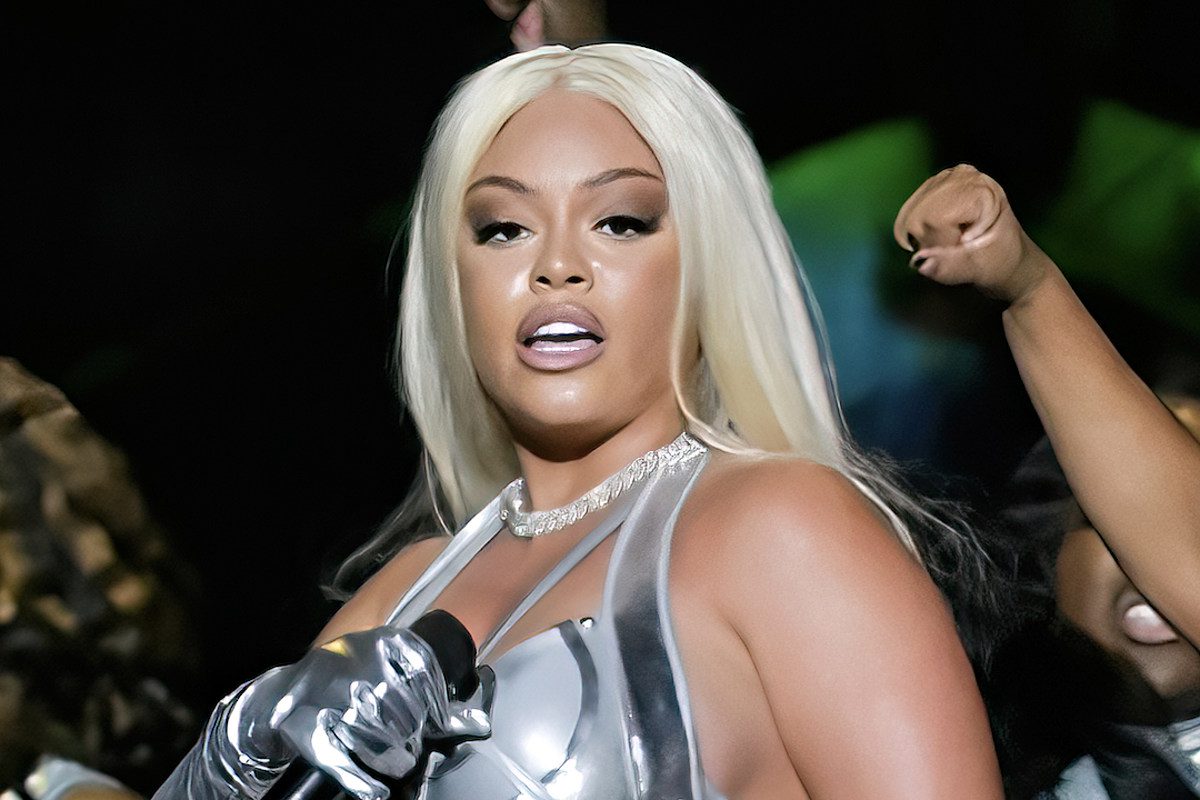 Latto is facing backlash from the morality police for her "sexually liberated woman" response to a child interviewer.

Last Thursday (Sept. 29), Twitter user @itzBreezyyyy_ posted a brief snippet from a TikTok video featuring child fashion critic Taylen Biggs' interview with Latto. In the clip, Biggs asked the 2020 XXL Freshman how she would describe her "personal style." Latto's response may have been too suggestive for the adolescent.

"I think I’m authentic, I think I give a modern sexually liberated woman," she said. "You’ll learn about that later."

Biggs appears to have no clue what the "It's Givin" rhymer was talking about, but she said, "OK," and moved on to her next question.

The original video was first posted on Sept. 13 on Taylen Biggs' Instagram and TikTok pages. On IG, Latto thanked the young girl for the interview.

"Good luck on all ur endeavors Lil mama," she wrote in the comment section, along with a smiling face with hearts emoji and throwing kiss emoji.

Biggs replied, "[Latto] love you!!! Thank you for the interview [smiling face with hearts emoji]."

Despite the innocent nature of the video, many people felt that Latto’s provocative answer was very inappropriate for a young child. In a blog post about Latto's comment, Love & Hip Hop: Hollywood star Hazel-E slid in the comment section and wrote that she would have "G-check" the Atlanta rapper for what she deemed was an inappropriate comment to a little girl.

"She ain't have to be so provocative in front of that lil girl," she typed. "Modern, seductive and liberated. Vivacious, current and free spirited. You just gotta know what is appropriate for what audience."

"Bring back artist development! I use to teach it when I was a publicist for Insterscope," she continued. "I remember the first time I trained Gaga for the red carpet…and read the room."

On Twitter, critics were admonishing Latto for her provocative comments to the young child as well.

"I definitely agree, latto should’ve kept this classy especially due to the fact she’s being interview by a child it’s clear as day that girl is young as hell if you don’t have anything other to say that’s not sexually related then you ain’t got shit to offer!" tweeted one person.

Another user commented, "Latto is not a predator, but she is stupid for answering a child that way."

One person typed, "Y’all making an excuse for Latto is stupid. You should never bring up “sexual liberation” to A LITERAL child. There’s a time and a place AND AUDIENCE for certain things and sometimes it’s necessary to censor yourself."

Despite the criticisms, it looks like Taylen Biggs is doing fine and wasn't traumatized by Latto's suggestive response.