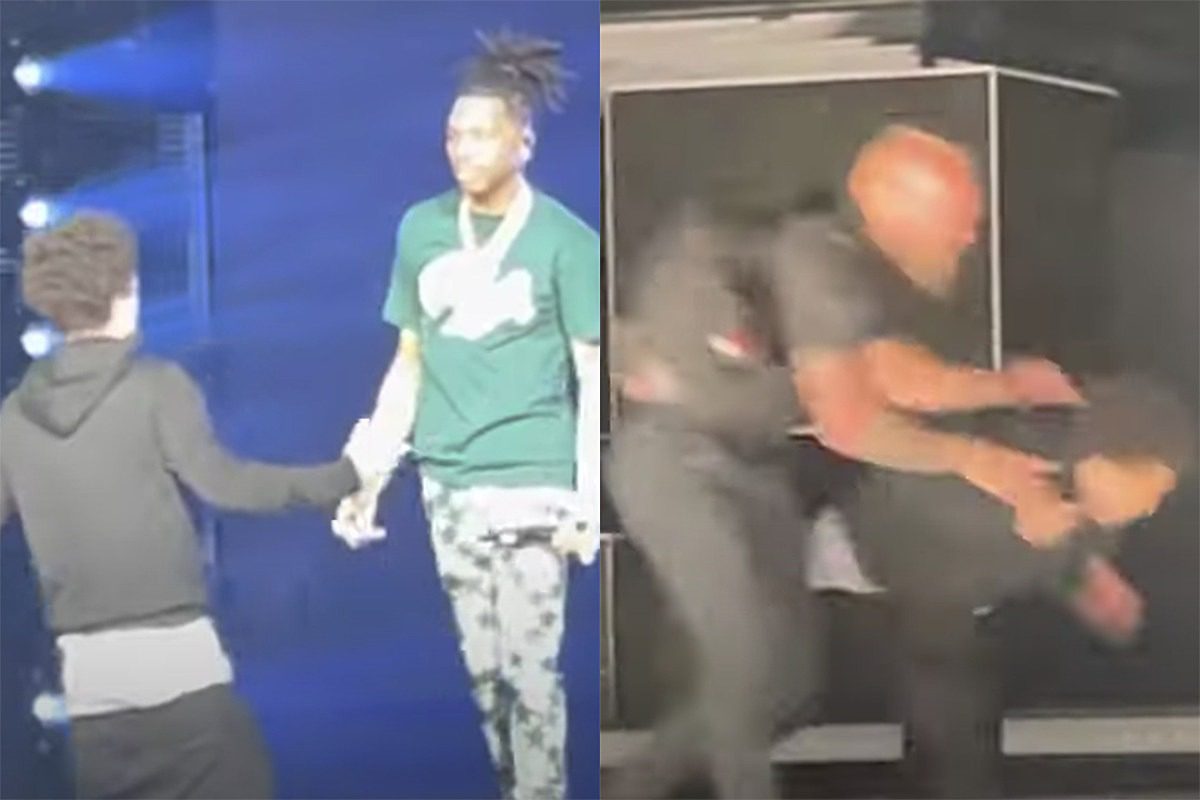 A Lil Baby fan got more than he bargained for after rushing the stage during the rapper's recent tour stop in Charlotte, N.C.

A video has been making its rounds on the internet, which shows a fan brazenly walking onstage up to Baby while the rhymer was performing "Yes Indeed" on Saturday (Sept. 11) at the city's PNC Music Pavilion for his Back Outside tour with Lil Durk. The fan looks like he wants to get a dap from Lil Baby who stares at the man in confusion and tosses his arm up in the air, seemingly wondering how the fan even got onstage in the first place.

A voice, presumed to be Baby's DJ, is heard saying, "Man, what the fuck you doing? Come on."

Shortly after, security hurries to the stage and aggressively tackles the fan to the ground, then drags him off the stage. The Quality Control Music artist was unharmed.

During Lil Baby's performance, he brought out DaBaby, who hit the stage to perform their collab, "Baby." The North Carolina native also did his own joint, "Masterpiece," and shared footage from his short set via his Instagram page.

The 4 Pockets Full (4PF) head honcho and Durkio are scheduled to hit New Orleans' Smoothie King Center for their next tour stop on Tuesday (Sept. 14).

The tour, which was first announced back in June, wraps up at the iThink Financial Amphitheater in West Palm Beach, Fla. on Oct. 15.

Check out the video of the overzealous fan getting tackled by Lil Baby's security below.