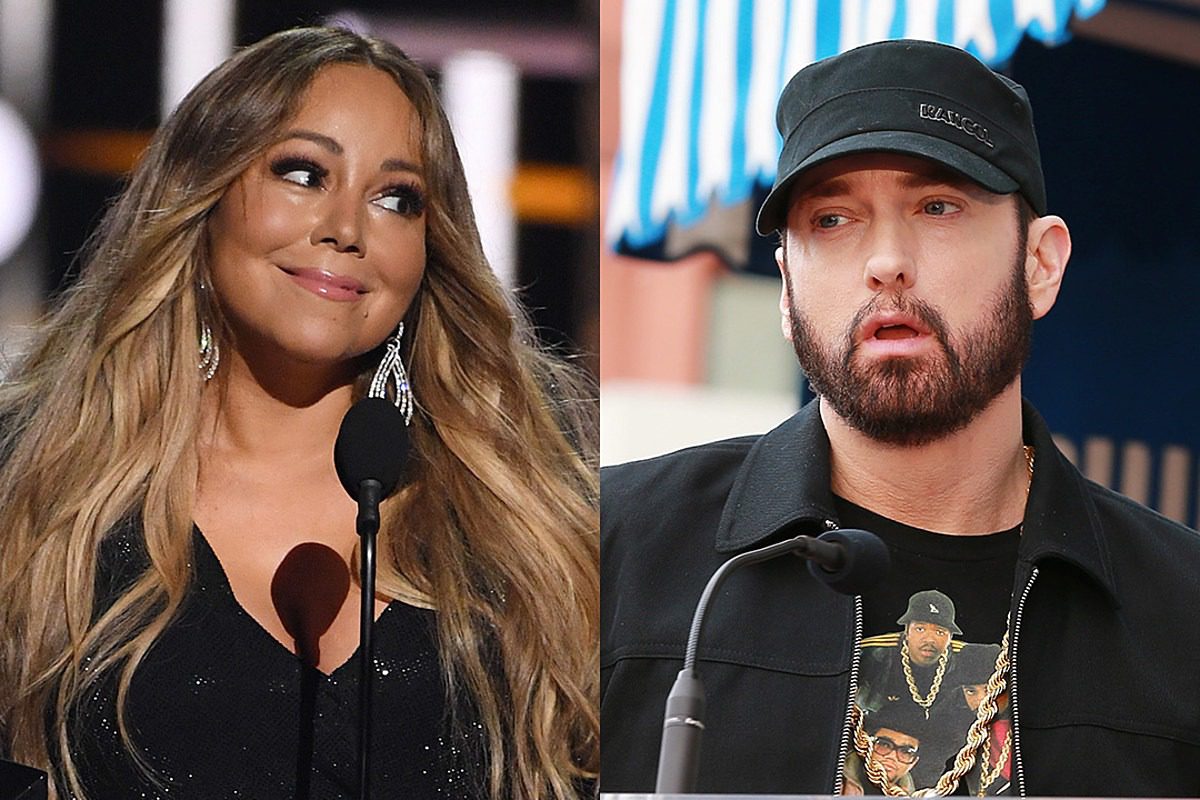 Over a month after reports began surfacing online that Eminem is worried that his rumored relationship with Mariah Carey would be detailed in her upcoming memoir, the iconic singer has addressed the topic.

During an interview with New York magazine that was published on Monday (Aug. 31), Mariah cleared the air about whether or not Eminem should have any concerns regarding the contents in her new book, The Meaning of Mariah Carey.

"There’s some songs that I can sing in response to that, but I will not do it,” she said. "If somebody or something didn’t pertain to the actual meaning of Mariah Carey, as is the title, then they aren’t in the book."

Mariah's comments are presumably in response to a report from Us Weekly last month, which claimed that the Detroit rapper was "stressed out" about his supposed old flame with MC being disclosed within the pages of her book.

"Eminem's Achilles heel has always been Mariah Carey," a source told the outlet at the time. "They had a very toxic relationship. He knows that Mariah is going to say very negative things about him. He is expecting the onslaught, and almost welcomes it."

The article also suggested that Em is fearful that he'll be categorized as a selfish lover, who wasn't adequate in bed.

"Marshall is stressed out that Mariah is going to say shit that he was bad in bed or a selfish lover because he has always been very insecure about that," the unnamed insider added. "She knows that."

For a refresher, back in the 2000s, Slim Shady alluded to a relationship with Mariah, but she has never confirmed. They've even exchanged insults over the years. Eminem traded disses with her ex-husband, Nick Cannon, as well.

Nonetheless, Eminem doesn't have to fret because The Meaning of Mariah Carey, which will be released on Sept. 29 by Andy Cohen Books, won't contain any information about him.