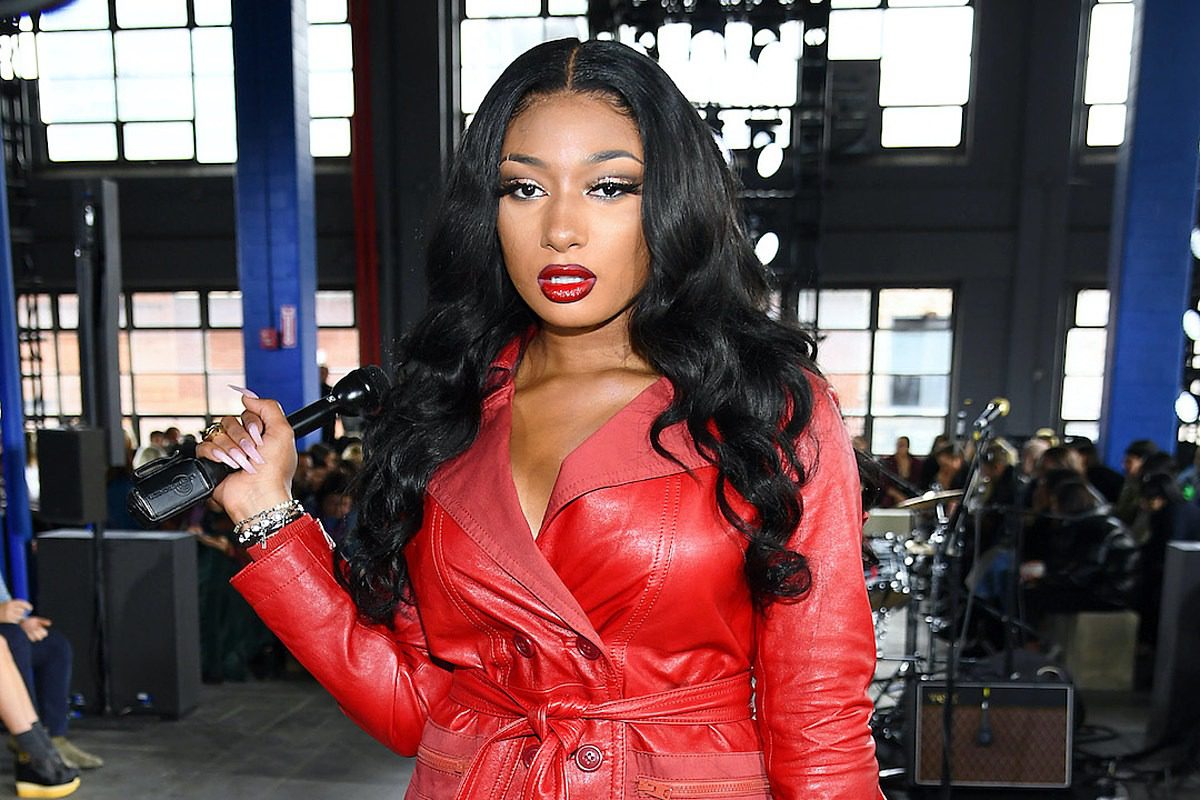 Megan Thee Stallion has clarified what actually happened to her while she was with Tory Lanez over the weekend when he was arrested for carrying a concealed weapon.

On Wednesday afternoon (July 15), Megan debunked prior reports claiming that her foot had been injured due to broken glass on the floor of the SUV that she, Tory and an unnamed women were in when the Toronto rapper was taken into custody.

"The narrative that is being reported about Sunday’s morning events are inaccurate and I’d like to set the record straight," Meg began in an Instagram post. "On Sunday Morning, I suffered gunshot wounds, as a result of a crime that was committed against me and done with the intention to physically harm me. I was never arrested, the police officers drove me to the hospital where I underwent surgery to remove the bullets. I’m incredibly grateful to be alive and that I’m expected to make a full recovery, but it was important for me to clarify the details about this traumatic night. I’m currently focused on my recovery, so I can return back to my life and back to making music as soon as possible."

She captioned the post, saying, "I was never arrested. This whole experience was an eye opener and a blessing in disguise. I hate that it took this experience for me to learn how to protect my energy."

The Houston native received an outpour of support from her fellow rappers in the comment section of her IG post after she shared the news of her injury and additional details of the incident.

"Jesus…," Yung Baby Tate said. "Megan I am so happy that you are okay and I’m so sorry this even happened."

J. White Did It, the producer of Megan's record, "Savage," also said, "God is good! happy that you’re safe and I pray you make a speedy recovery!!"

TMZ reported on Monday evening (July 13) that Megan was listed as a "victim" in the incident after sustaining the injury. The outlet claimed that she was rushed to the hospital after Tory was arrested and treated for her wound.

In the outlet's original report, Tory, born Daystar Peterson, was taken into custody in Los Angeles Sunday night (July 12) after police discovered a concealed firearm in the SUV he was driving. While the specifics of the incident are unclear, what is known is that a call was made to police around 4:30 a.m. to report a disturbance at a home in the Hollywood Hills section of Los Angeles. Witnesses told officers that people were involved in an argument inside of the vehicle and fired a gun into the air, then left the scene. Police later located the SUV and found Megan, Tory and an unnamed woman inside of the truck.The unnamed woman could be Kylie Jenner, as the three of them had been hanging out and on Instagram Live together earlier that day.

XXL confirmed Tory Lanez's arrest and his gun charge, which is a felony. He was booked at the Los Angeles County Sheriff's Department and his bail was set for $35,000. Tory was released hours after he was taken into custody.

XXL has reached out to a rep for Megan Thee Stallion and Tory Lanez for a comment.