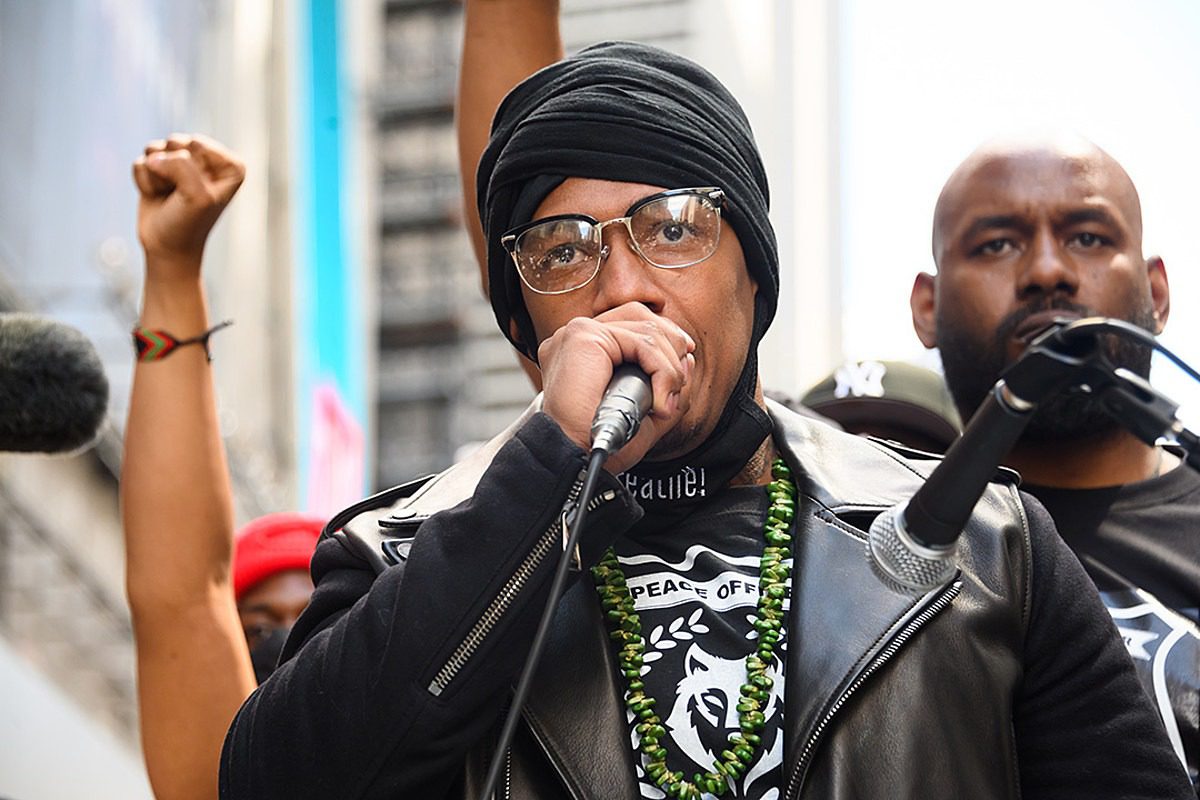 Nick Cannon is backing away from the statements he recently made during his Cannon's Class podcast last month.

Cannon issued an apology to the Jewish community Thursday night (July 15) after referring to them as "the true savages" while speaking with Professor Griff on the podcast on June 30. "They had to be barbaric because they're in these Nordic mountains," Nick explained, while discussing the power White and Jewish people have and their treatment of "melanated" people. "They're in these rough torrential environments. So, they're acting as animals. So, they're the ones that are actually closer to animals. They're the ones that are actually the true savages."

In his apology, Nick deemed his comments "hurtful and divisive." "First and foremost I extend my deepest and most sincere apologies to my h sisters and brothers for the hurtful and divisive words that came out of my mouth during my interview with Richard Griffin," he said.

Cannon went on to acknowledge those who chose to educate him, rather than chastising him for the thoughts he shared on his show. "I want to express my gratitude to the Rabbis, community leaders and institutions who reached out to me to help enlighten me, instead of chastising me," the actor/rapper wrote. "I just had the blessed opportunity to converse with Rabbi Abraham Cooper director of global social action @SimonWiesenthal My first words to my brother was, I apologize for the hurt I caused the Jewish Community…."

Nick then said that he intended for his dialogue with Griff to be uplifting for the Black community. However, he notes that the language and information he referenced during the podcast was harmful to Jewish people.

"On my podcast I used words & referenced literature I assumed to be factual to uplift my community instead turned out to be hateful propaganda and stereotypical rhetoric that pained another community For this I am deeply sorry but now together we can write a new chapter of healing," he adds.

Nick's comments have resulted in a back-and-forth between him and ViacomCBS, who announced after his comments went viral on social media that they are ending their working relationship with him.

Nick Cannon addressed the backlash he received shortly after his statements began trending on social media. At that time, Nick did not offer an apology. Instead, he suggested that a discussion be had, so he can be enlightened and informed on what he said that may have been incorrect or hurtful.

ViacomCBS, who made it clear that they do not support bigotry and anti-Semitism, made the decision to sever ties with Nick because he chose not to apologize. To this, Nick responded with a lengthy statement via his Facebook page, in which he expressed disappointment in the media conglomerate's decision and demanded ownership of his billion-dollar Wild 'n Out brand. Nick added that he was swindled out of ownership of the improv comedy show he created back in 2005.

ViacomCBS has not responded to Nick's demand for the ownership of Wild 'n Out or his recent apology.