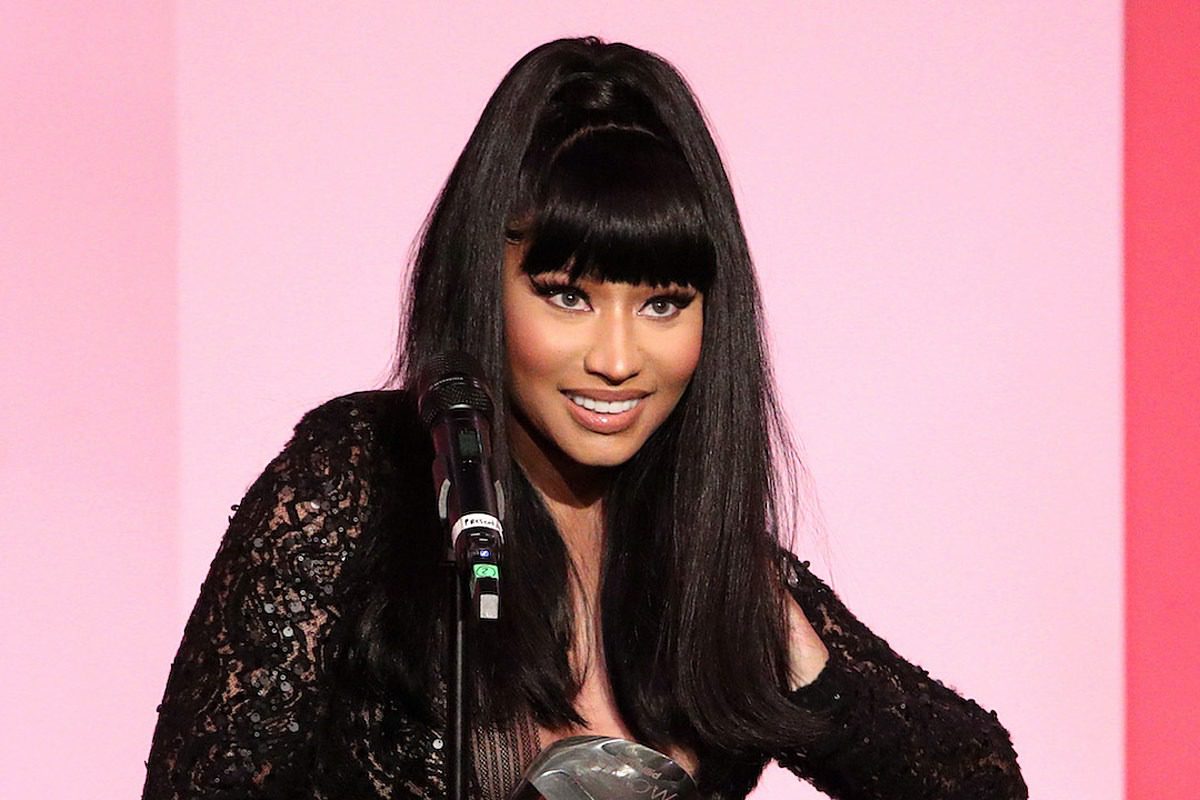 Nicki Minaj is starting her Barbz's Monday off on a very high note.

The Queens-bred MC confirmed the recent pregnancy rumors via Instagram this morning (July 20) sharing an image of a large baby bump. She didn't share many details within the post, but she did caption it with the hashtag "Preggers," along with a yellow heart emoji.

In the image, Nicki is rocking a curly yellow wig, as she smiles and holds her stomach while wearing a colorful bra adorned with what appears to be buttons and different fabrics. It looks like a blue pacifier is among the accessories on the bra as well.

Shortly after uploaded the first image, the Queen rapper shared another showing off her growing stomach. In the second photo, a blue and green-haired Nicki is wearing a pink and blue ruffle bralette with yellow and purple dangling beads. The top also has lime green puffed fabric on the shoulders, which she's wearing with a matching lime green bow in her hair. She is gently holding her baby bump in this picture as well.

She shared a third image, which was similar to the first, but in this one she is seated on a pink sofa. "Love. Marriage. Baby carriage. Overflowing with excitement & gratitude," she captioned the upload. "Thank you all for the well wishes."

This is Nicki Minaj's first child with her husband Kenneth Petty.

Prior to Mrs. Petty making the official announcement, the rumor mill began to buzz with speculation about whether or not she's expecting following the release of the video for her collab with 6ix9ine. After Nicki and Tekashi delivered the visual for "Trollz" back in June, fans questioned that despite her baring a flat stomach in a few scenes, for the most part, her full body wasn't shown. Nicki's supporters even claimed that she had the visual edited, so it wouldn't look like she is expecting.

After the video came out, though, Nicki further ignited the pregnancy rumors. She shared a photo on IG wearing colorful star-shaped pasties on her breasts and a silver high-waist bikini bottom. However, her stomach isn't at all as flat as it was in the "Trollz" video. In fact, it was rather round, which led fans to believe that she is a mom-to-be.

At the time, Nicki offered no credence to the rumors. That quickly changed this morning.

Congratulations to Nicki Minaj on her pregnancy.