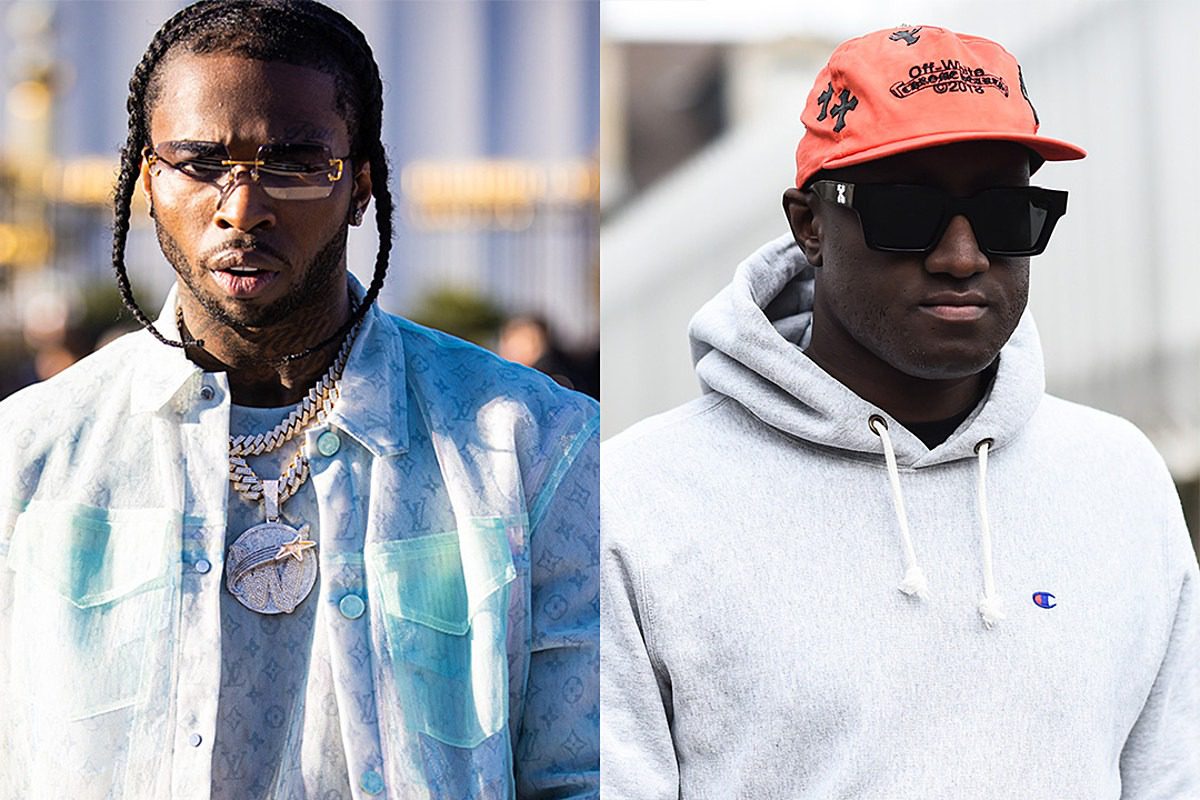 After the first images of Pop Smoke's posthumous debut album designed by Virgil Abloh began to circulate on the internet, fans have expressed their disappointment in the 39-year-old designer's effort to immortalize Pop for his album cover.

On Monday (June 29), images of the Virgil's artwork for Pop's debut album titled Shoot for the Stars, Aim for the Moon was shared by Abloh and Steven Victor, the head of the beloved rapper's label Victor Victor Worldwide. However, after the image began to make its rounds online, many people on social media were displeased with the artwork for the deceased rapper's upcoming LP. The album cover is a reimagined image based on a photo from when the Brooklyn native attended Paris Fashion Week earlier this year. The additional design for that Abloh added includes barbed wire, silver roses and puffs of smoke. The original photo can be found on Getty Images.

Virgil Abloh, who is also the artistic director for Louis Vuitton's menswear, explained the origin of the design in an Instagram post. The fashion designer told fans how Pop had modeled his life in Canarsie, Brooklyn as a rose that grew from concrete.

"The last conversation I had with @realpopsmoke was about what we we were gonna to do in the future," Virgil wrote on his social media account. "This album cover was one of like 5 things we talked about. He mentioned his story felt like the metaphor of a rose & thorns growing from concrete of of his hood in Canarsie, Brooklyn. In your memory, I just finished it yesterday. As evident of the whole idea, the t-shirt insinuates it's mandatory we put an and to this cycle of violence that plagues us, we need to shoot for the moon & aim for the stars. As heavy as it is we are celebrating your life the whole way thru. ⁣⁣Rest in piece young one."

One Twitter user referenced the meme stemming from when Virgil donated $50 to bail funds earlier this month and received backlash for not giving more, writing, "nigga didn't even put virgil percent effort."

Another fan compared the original Getty image to Virgil's artwork, expressing how they thought the final draft was lazy.

"This is lazy. Pop Smoke deserves better," the fan wrote on Twitter.

Pop Smoke's posthumous debut, Shoot for the Stars, Aim for the Moon is expected to drop July 3. The LP was initially slated to be released in early June, but his team halted the departure of the album and delivered "Make It Rain" featuring Rowdy Rebel instead.

Check out other reactions to Virgil Abloh's Pop Smoke album cover below.