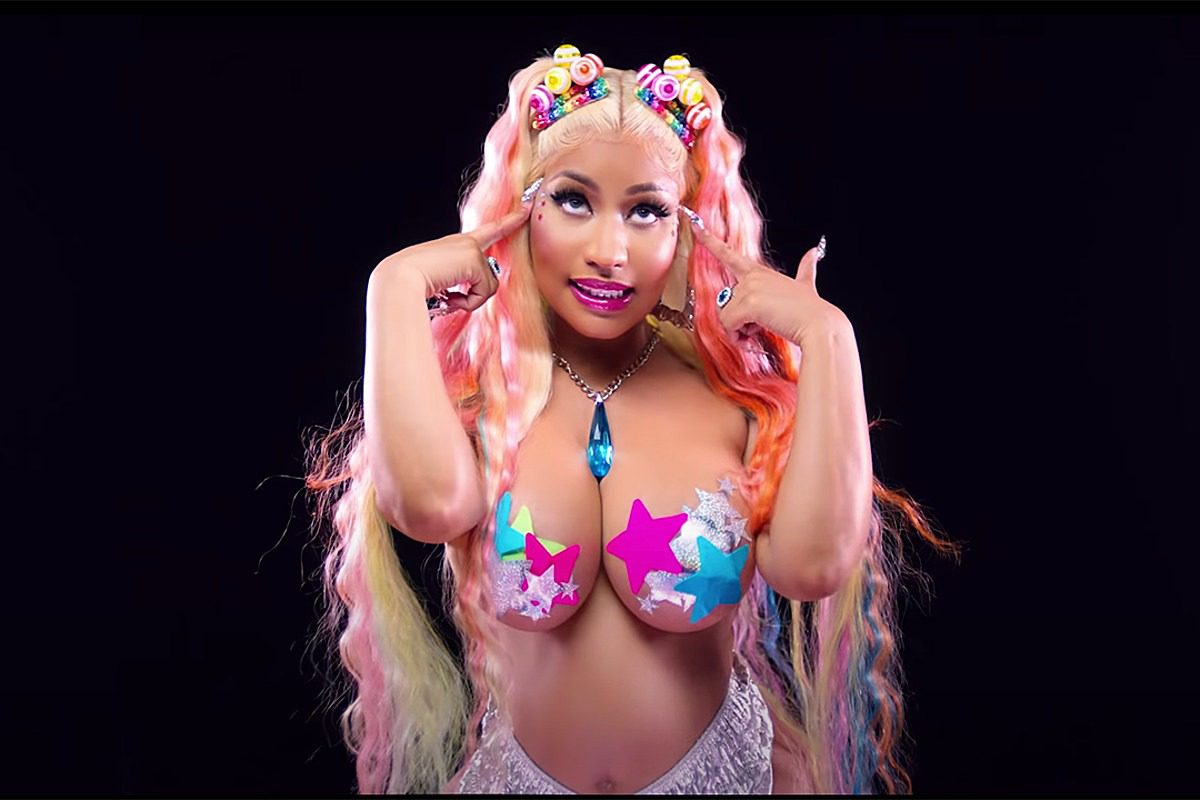 People on social media have few questions for Nicki Minaj after the release of her and 6ix9ine's new video "Trollz," but there is one in particular that fans have been asking.

Nicki and Tekashi delivered the color visual for their new record at midnight on Friday (June 12). However, shortly after fans and folks on social media watched the clip, they began to speculate if the Queens, N.Y. native is expecting a child. There are several scenes in the video, in which Nicki bares a flat stomach, but there are others where her full body isn't shown. This is what led to speculation that she may have edited her midsection to conceal a potentially growing baby bump.

Hours later, she uploaded an image to her Instagram page further fueling the pregnancy rumor fire. In the picture, Nicki is wearing colorful pasties on her breasts, as seen in the video, and a silver high-waist bikini bottom, but her stomach can still be seen.

While some fans marveled at the upload, others asked if she is a mom-to-be.

This isn't the first time Nicki's fans have inquired about whether or not she is pregnant. Last month, during an impromptu Q&A on Twitter, a fan asked Nicki if she has been cooking while quarantined amid the coronavirus pandemic. She replied sharing the different food cravings she's had. Another supporter attempted to put two and two together and asked if she has been experiencing morning sickness, alluding to her possibly being pregnant.

"Lmao," she tweeted. "No throwing up. But nausea and peeing non stop. Omg what do u think this means guys???? Lmaooooooooooo."

Nicki hasn't spoken on the most recent pregnancy rumor yet.

See more reactions from the good folks on social media about Nicki potentially expecting below.