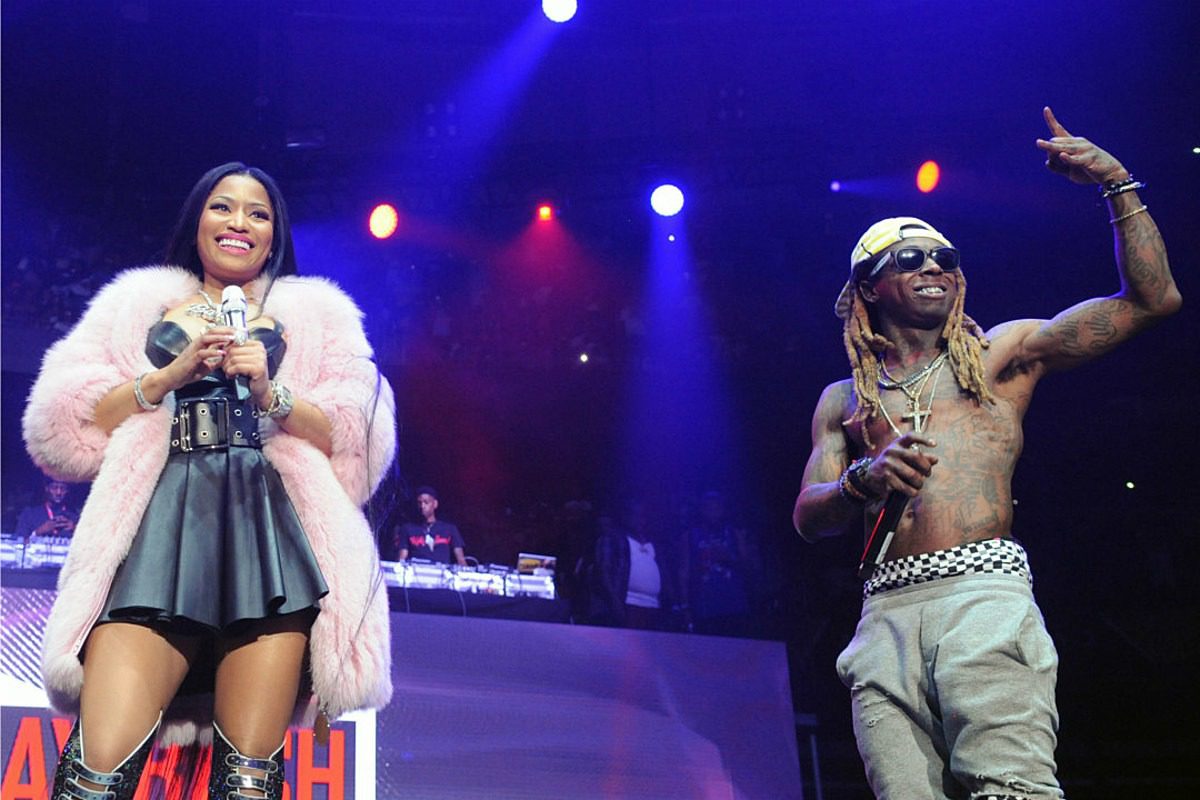 Fans of Lil Wayne and Nicki Minaj received some good news on Friday night (June 12), when the Young Money artists confirmed that a collab project will indeed happen.

The revelation came on the latest episode of Tunechi's Young Money Radio, where Nicki was one of the show's guests.

"We doing our joint album," Wayne confirmed. "A lot of the fans been asking about it. When we gon' do this?"

"You already know, your wish is my command," Nicki replied, before iterating how tall of a task it would be to go toe-to-toe with Tune for multiple tracks. "It's scary. It's scary to put a verse on something after you put a verse on it. Last time we worked together was "Rockstar (Remix)." The Post Malone remix, remember we did that? Love that. But it's like me really, really having to think so much…I gotta go hard. I can't just, you know, wing it. So that's the only thing I would be scared of."

"But I would definitely do it. Whenever you say the word," Nicki added, prompting Wayne to reply that he would send her multiple tracks to put verses on that night.

"You already know how I do," Wayne added.

Nicki recently returned to the spotlight after collaborating with polarizing rapper 6ix9ine on his new single "Trollz." Adding even more intrigue to her return, fans have speculated she may be pregnant, pointing to scenes in the video where her stomach appears to be edited.

Wayne recently put out the deluxe version of his Funeral album. His collab project with Juelz Santana is also supposed to be coming out this year.