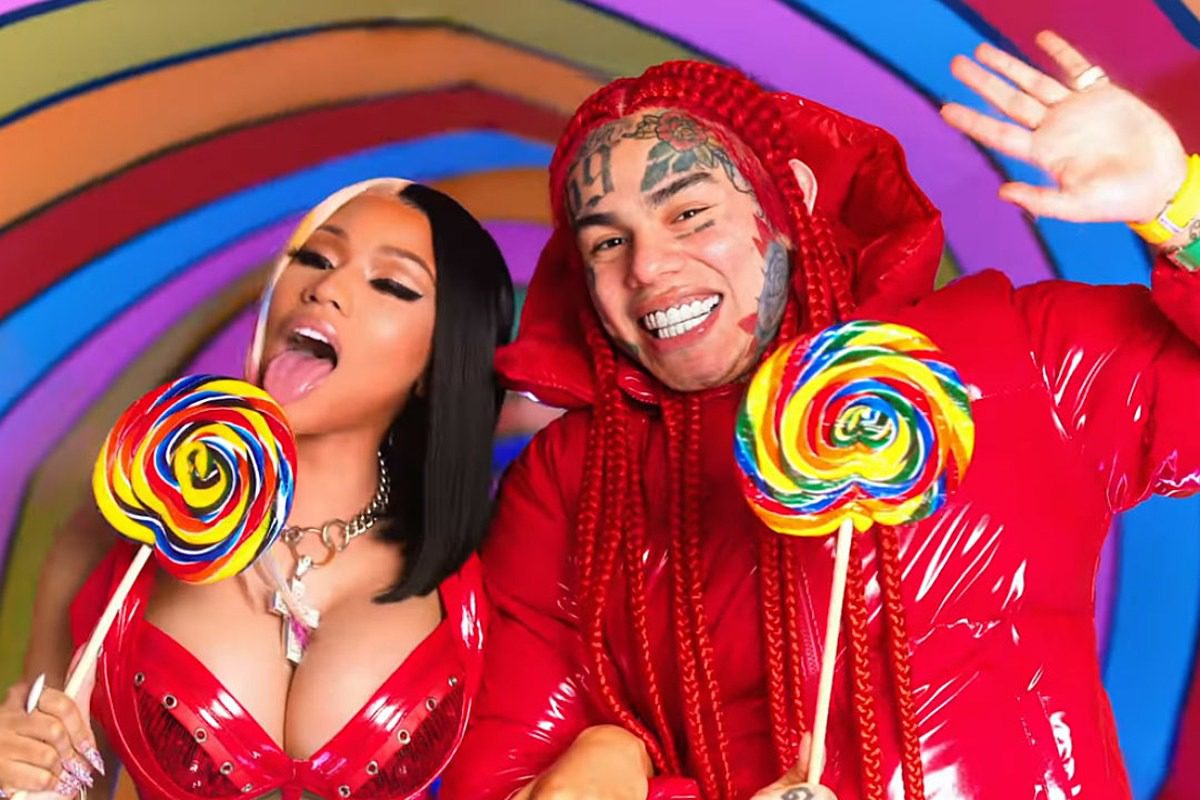 6ix9ine wants to run the numbers up on his new single, "Trollz," featuring Nicki Minaj and he's using an unorthodox tactic.

On Saturday (June 13), Tekashi put up a video post on his Instagram page urging fans to buy the new single up to four times.

He captioned the clip, "GO BUY TROLLZ ON I TUNES IF YOU CAN. *IF YOU CAN* PURCHASE AT THE STORE VINYLS AND MERCHANDISE. IF YOU CANTTTTTTT THATS FINE STREAM IT I LOVE YOU EVEN MORE THE BEST TIK TOK FOR TROLLZ WINS 10,000 DOLLARS 2 ND PLACE 5,000 3 RD PLACE 1,000 TAG ME AND @nickiminaj SO WE CAN SEE IT ‼️‼️‼️‼️"

Tekashi is shooting for a No. 1 spot on the Billboard Hot 100 after feeling like he was snubbed on his first post-prison single, "Gooba." The single ended up debuting at No. 3 on the chart, much to the chagrin of 6ix9ine who accused Billboard of fudging the numbers so he would not come out on top.

6ix9ine has since had copyright issues with the "Gooba" track. The song was removed from YouTube due to a claim made by Kenyan producer Magix Egna. The video was later reposted to the site.