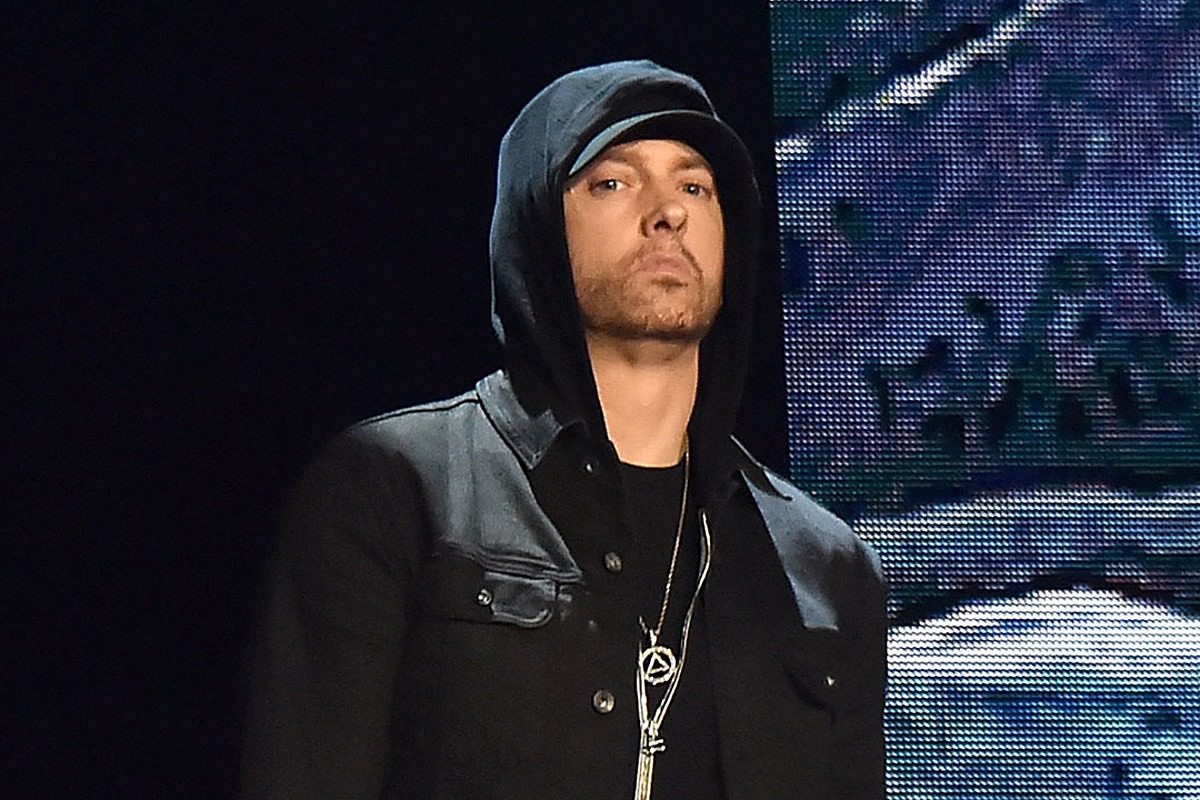 Eminem has revealed his greatest rappers of all time list.

On Saturday (June 13) YouTuber NoLifeShaq posted a video of himself DM'ing 30 rappers on Instagram and asking them all the same question: "Who is the greatest rapper of all time?" Among the rappers he reached out to was Slim Shady. Unfortunately, the Detroit rapper did not respond immediately.

Em previously offered his opinion on the topic almost two decades ago on the hit single "'Til I Collapse," where he raps, "I got a list, here's the order of my list that it's in/It goes Reggie, Jay-Z, 2Pac and Biggie/André from OutKast, Jada, Kurupt, Nas, and then me."

The recluse rapper has been more opinionated recently. Last month, he called Tupac Shakur the greatest song-writer of all time on Siriux XM Shade 45 radio.

"OK, this next song is from an artist that I feel like might be the greatest songwriter of all time," Eminem said prior to playing ’Pac's record, "If I Die 2Nite." "Debate what you want about MC skills and all that because he had that, too. This is one of them songs by Tupac that, to me, was like, he was showing you I can write heartfelt shit and I can write lyrical, crazy shit, too."

Em was also recently a guest on an episode of Lil Wayne's Young Money Radio.