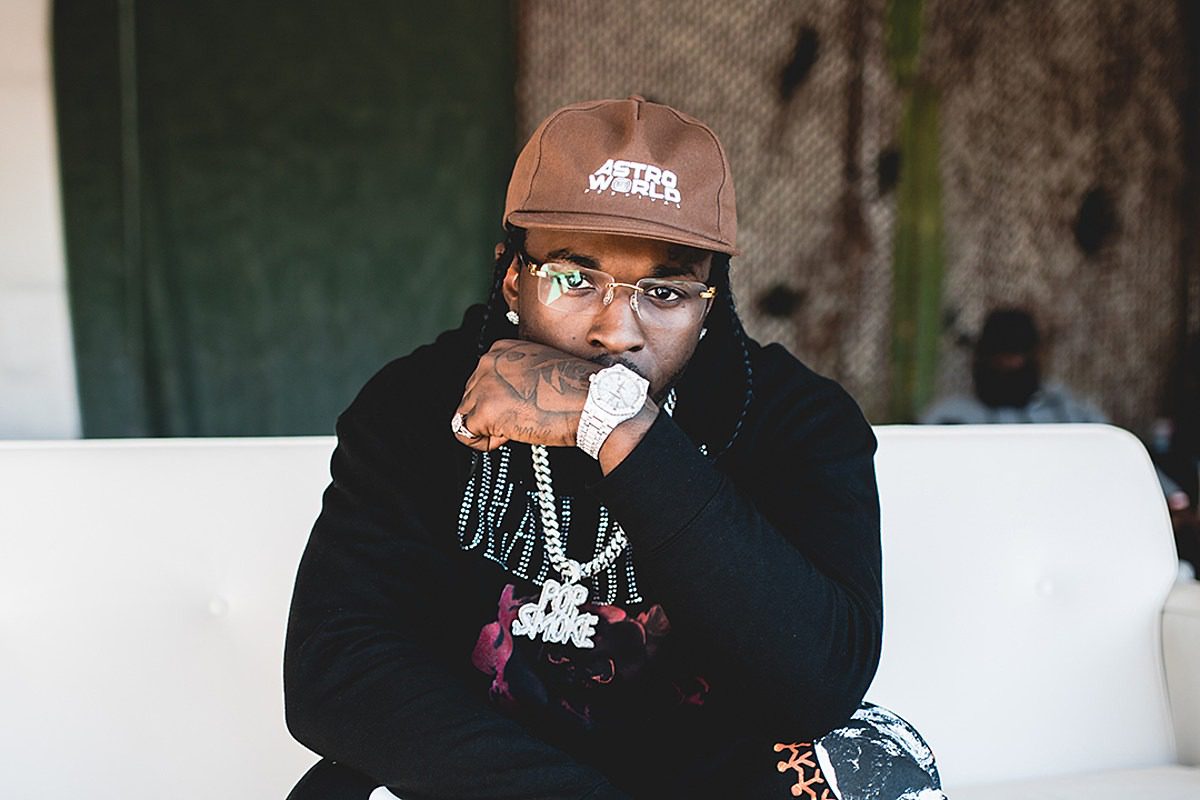 Pop Smoke's posthumous debut album, Shoot for the Stars, Aim for the Moon, is being forecasted to do big numbers.

On Saturday (July 4), Hits Daily Double reported the new album from the late Brooklyn MC is expected to push between 175,000-195,000 equivalent album units. It is also reportedly on pace to rake in 200 million audio streams. If the album lands at No. 1 on the Billboard 200 chart, it will likely dethrone Lil Baby's My Turn album, which has been at No. 1 since returning to the top spot last month.

This would be a significant bump in the sales department for Pop. His Meet the Woo 2 mixtape debuted at No. 7 when it was released back in February. It moved 36,000 equivalent album units in its first week. Pop's debut mixtape, Meet the Woo, debuted at No. 173 in 2019 but eventually peaked at No. 105 on the chart.

The release was not without a bit of drama. The lackluster Virgil Abloh-designed cover art for the album was rejected by 50 Cent and Pop Smoke fans after being unveiled just days before the release of the project. This led to Fif calling out the famous designer. A new design was ultimately used for the final artwork.