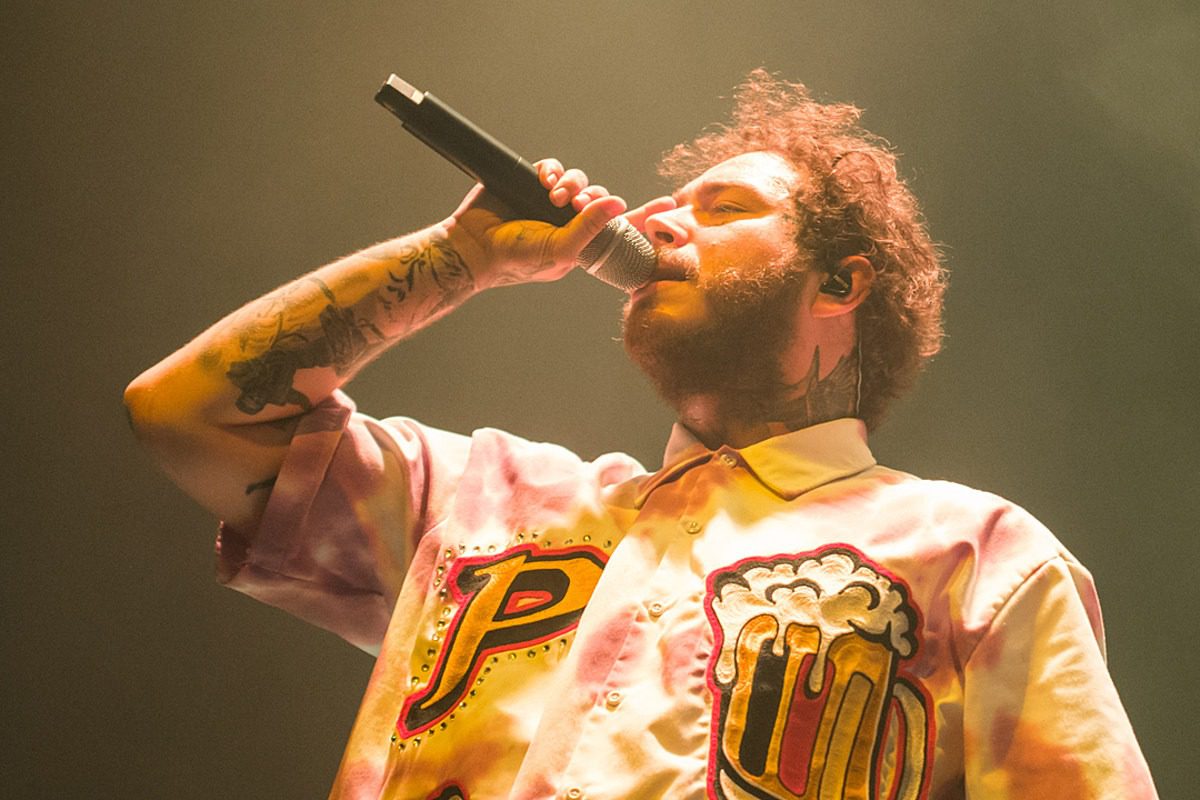 On Monday (June 22), Post uploaded an image to his Instagram page revealing that he has completely shaved his head while also displaying a new skeleton tattoo. However, his entire head couldn't be seen in the photo he shared.

"I have cut my hair even shorter, also skeletons are cool," he said in the caption while offering some optimism amid the current global pandemic. "Spread your heart as much as you can. A little love goes farther than you think. Stay strong, and keep kicking ass. Love, Austin."

It wasn't until additional photos began to surface on the internet on Tuesday (June 23) that fans were able to see his new look in its entirety.

The Syracuse, N.Y. native is known for his long and curly hair, but not anymore. In images posted to Twitter by fans, one who said Post visited the restaurant where he works, the rapper is seen with a completely bald head and his countless tattoos. In another photo online, his latest skeleton tattoo, which is massive, can be seen on the right side of his head. The tattoo extends across that section of his head, hovering over his dagger tattoo on the side of his face. The skeleton is also beside his playing cards tattoo.

The news of the "Rockstar" artist's revamped look follows him announcing to fans back in April during a livestream performance to raise money for COVID-19 Solidarity Response Fund for WHO that he wants to release a new album soon. In fact, he said that he's "trying to put it out as soon as I fucking can."

No word on when the new music from Post Malone will drop just yet.