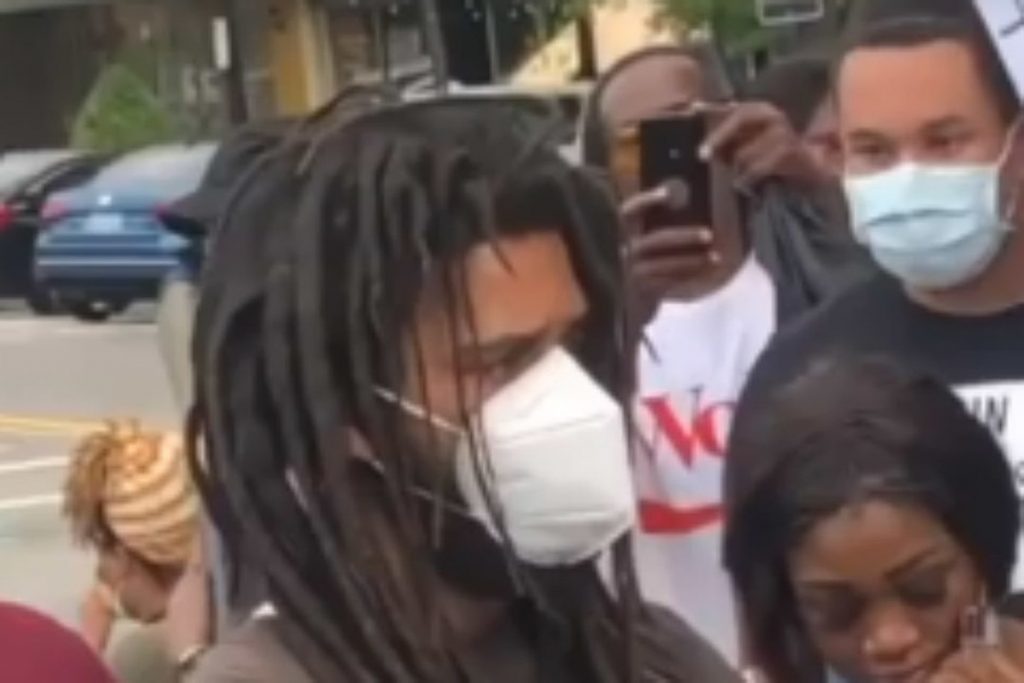 Members of the hip-hop community are not taking the recent killing of George Floyd lightly. In fact, some of them are taking physical action amid the coronavirus pandemic.

Following the death of George Floyd, who was killed by former Minneapolis, Minn. police officer Derek Chauvin while being detained, demonstrations have taken place this week in numerous states in protest of Floyd's murder and to demand justice for his family. Bun B, Trae Tha Truth, Nick Cannon, Lil Yachty and Mysonne have all traveled to the Midwestern city to join other protesters fighting for change.

On Thursday (May 28), Mysonne uploaded video footage to Instagram, which shows him walking in the streets of Minneapolis while standing with and supporting fellow protestors. On Friday (May 29), Bun posted a photo with Trae and Mysonne, along with a caption that said, "We go where we’re needed. #RIPBigFloyd."

Nick was at ground zero too, standing in support of the people, while "Minnesota" rapper Lil Yachty protested in Atlanta.

Demonstrations in Minneapolis, which resulted in establishments being set ablaze, looting and protestors getting arrested, began shortly after Floyd's death. Protests have also taken place in New York City, Atlanta and a host of other cities.

J. Cole participated in a protest in his hometown of Fayetteville, N.C. In nearby Raleigh, N.C., Brand Nubian rapper Sadat X was in the mix at a justice rally.

Wale and Lil TJay were masked up in Los Angeles standing shoulder to shoulder with demonstrators. Machine Gun Kelly also joined in the fight for justice as well as Swae Lee.

Not everyone's experience has gone swimmingly. Chika was detained and got a ticket for her participation in a rally. After her release, she recalled the harrowing ordeal on her Instagram page, detailing the chaos and violence she says was mostly instigated by the police who were on hand.

"Today was not a riot. Today was peaceful until police began beating and targeting protestors," Chika captioned clip. "Nobody deserved to be arrested or detained."

According to The New York Times, four days after video footage surfaced on the internet of George Floyd being pinned to the ground with Chauvin's knee on his neck for nearly 10 minutes, Hennepin County Attorney Mike Freeman announced that the former officer, who was fired after the killing went viral, was arrested on Friday (May 29) and charged with third-degree murder and second-degree manslaughter. It's unclear if the other three officers who were on the scene when the incident took place will be charged as well.

See more rappers who are joining in the nationwide protests below.