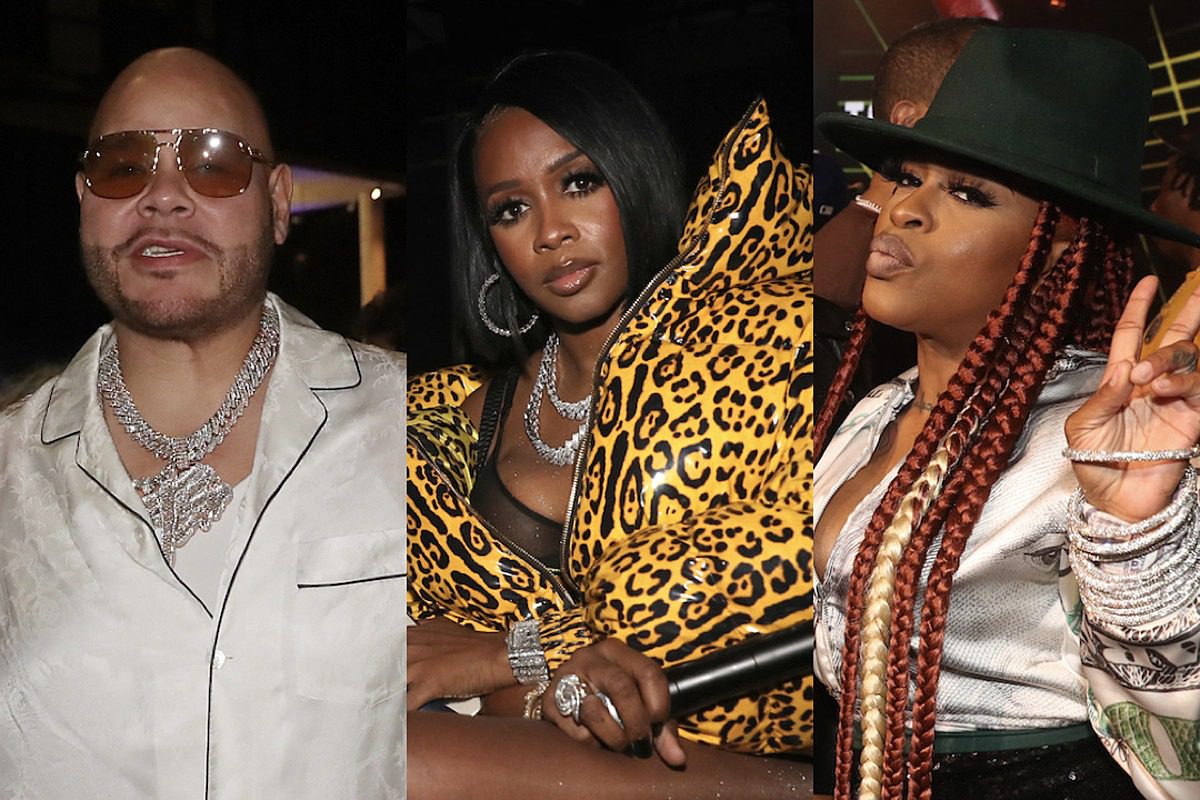 Remy Ma has come to the defense of her good friend Fat Joe who is being dragged on social media for calling Lil’ Mo and Vita “dusty bitches” during his Verzuz battle with Ja Rule last night in New York City.

On Wednesday (Sept. 15), Remy Ma slid into the comment section of Lil Mo's post where the Baltimore singer requested an apology from Joe for his insensitive statements. Rem claimed that Fat Joe meant no harm with the things he said during the event.

"Stop it Mo, you know damn well Joe ain’t on it like that," she began her screed. "First of all … you, V[ita], Shanti- or nobody had even come out yet-when him and Ja was going back & forth; we didn’t know who was in the back. Second… I was in the car when you walked thru the parking lot and he hugged you, & showed mad love as usual…no need for your followers to tell him anything, as someone that personally knows you I’m sorry you were offended."

Remy then offered to have a private conversation with Lil’ Mo to talk about the incident.

"You can call my phone ; matter of fact I’m gonna dm you my number in case you don’t have it anymore," she wrote. "But also as someone that personally knows Joe he was not intentionally trying to hurt anyone- it was a battle between friends that are like family, sidebar: #streetcode don’t do social media."

Minutes later, Lil’ Mo caught wind of Remy’s comments and replied in the comment section, "WHO IS YOU to tell ME how to FEEL. Mind ya business. Foh." The veteran singer also added a 100 emoji and the hashtag #streetcode.

For his part, Fat Joe did apologize again to Lil’ Mo in the comment section of the same post.

"I’m super sorry i love you and vida i said sorry to your face before i left the building and to vida i was caught in the moment and I’m supper sorry god bless," he wrote.

The back-and-forth between Remy and Mo stems from Lil Mo's initial IG post where she demanded that Fat Joe deliver a “genuine apology” for his remarks about her.

"I need EVERYONE to tell @Fatjoe he owes A genuine Apology… I don’t Live in A #CrackHouse , I’m Not A #Bxtch nor am I Dusty!!!” she wrote in the caption, adding, #StreetCODE Women & Children is off limits #Disappointed #Legend #FacultyMusicGroup @Woo__says.”

All of this is in response to Fat Joe who made some disparaging remarks about Lil’ Mo and Vita during the Verzuz battle with Ja Rule.

Throughout the event, Joe and Ja were teasing each other about bringing out guests to help them out during the competition. “Oh, you got all of them dusty bitches back there, Ja,” he said. And apparently, unbeknownst to him, Vita and Lil’ Mo were waiting backstage to perform. The Terror Squad leader then added, “You had to go to the crack house to find them bitches.”

After the event ended, Joe jumped on his Twitter account and apologized for his rude remarks about the two singers during the battle.

“Shout out to the ladies very sorry if i disrespected i love vida and lil Moe I’m super sorry love my sisters,” he tweeted.