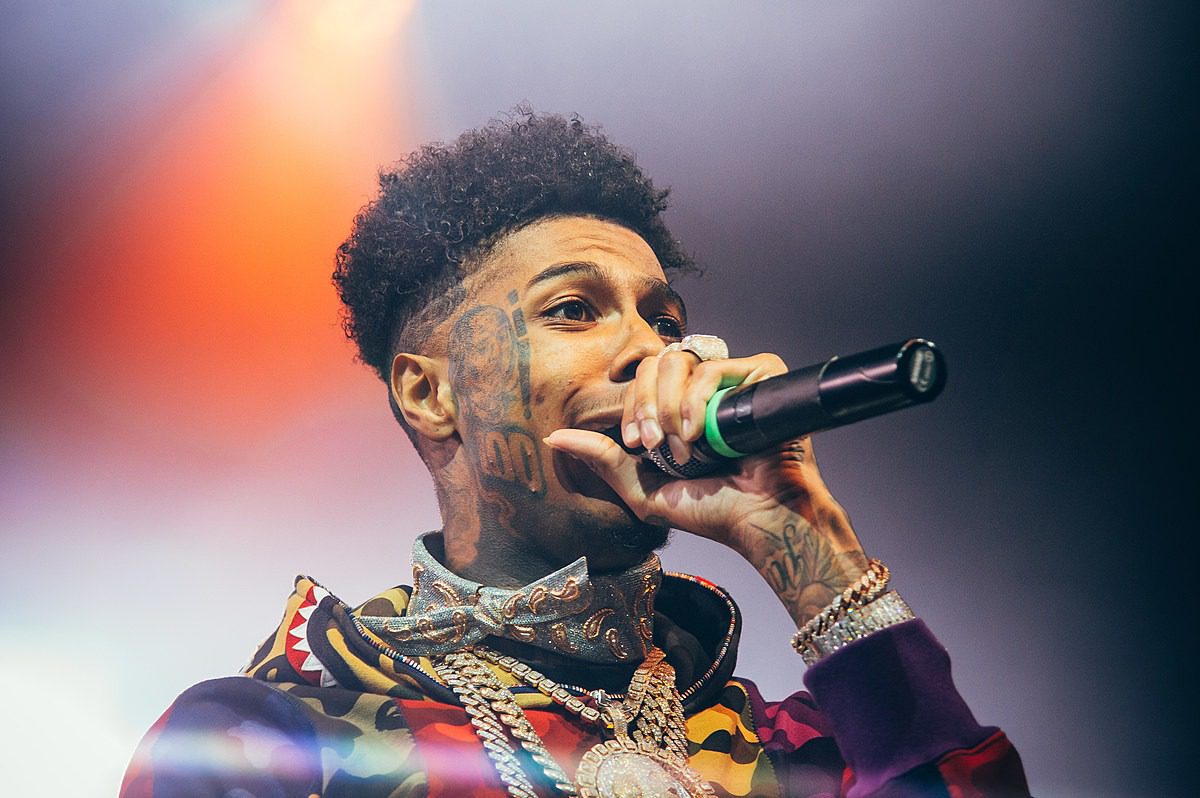 The stepfather of rapper Blueface was reportedly attacked during a home invasion at a house owned by the "Thotiana" rhymer.

It is unclear exactly when the incident took place. According to a TMZ report published on Saturday (Oct. 23), multiple men attempted to break into the home in Santa Clarita County, Calif. around midnight by busting out a window. However, the perpetrators fled before getting into the home. Blueface's mother, Karlissa Saffold, and his stepfather reportedly called the police who came out and took a report.

Strangely, four men reportedly returned hours later and were able to breach the home. Blueface's stepfather went to investigate and was attacked by multiple assailants, one of whom struck him over the head with an object. The men then fled the home without taking anything. The police were called again and Blueface's stepdad was taken to a local hospital with a concussion and a head wound that required 10 stitches. Law enforcement sources tell the celebrity news site they believe Blueface was the target of the crime. No suspects have been apprehended.

XXL has reached out to Blueface's team and the Santa Clarita County Sheriff's Office for comment.

Blueface made the news last month after video surfaced of him attacking a security guard at Skinny's Lounge in San Fernando Valley, Calif. The incident was reportedly sparked when the bouncer asked the rapper to show proper identification upon entering the establishment. Blue, who lacked an ID, allegedly pulled out his phone and Googled himself in an attempt to show his fame. When that didn't work, a fight ensued. Blue and two other men punched and kicked the bouncer before leaving the lounge.