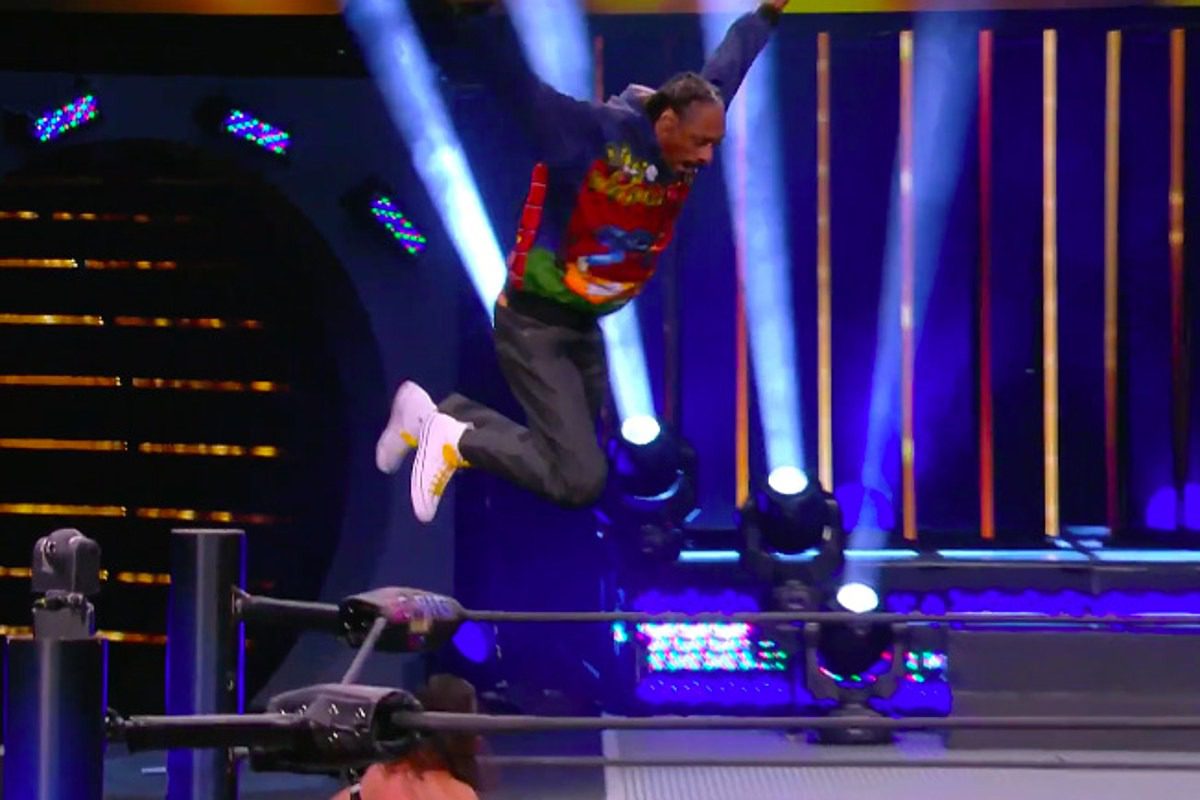 Snoop Dogg has entered the wrestling ring and walked away with a victory.

Last night (Jan. 6), the Dogg Father made a guest appearance on TNT's All Elite Wrestling Dynamite show at the Daily's Palace amphitheater in Jacksonville, Fla. The Long Beach, Calif. rhymer teamed up with professional wrestler, "The American Nightmare" Cody Rhodes, for AEW's New Year's Smash Night episode. After the two men casually strolled into the arena, a matchup took place between Rhodes and Matt Sydal. But shortly after Rhodes defeated Sydal, wrestlers Serpentico and Luther entered the ring to take down both men. That's when Snoop got into his wrestling bag and took the W home after body-slamming Serpentico.

Snoop Dogg climbed onto the top rope and performed a frog splash move, where he can be seen jumping off the rope and onto Serpentico, who is lying on the wrestling mat. While Snoop has the wrestler pinned to the ground, he pulls Serpentico's right leg toward the athlete's face, ending the match.

Snoop is actually a longtime fan of the sport. He even hosted WWE Raw in 2009, but back then, he said he didn't participate in actual fighting.

Apparently, Snoop Dogg's appearance on the show is in promotion of The Go-Big Show wrestling competition series, which premieres tonight (Jan. 7) on TNT at 9 p.m. ET.

The All Elite Wrestling Dynamite program airs on TNT at 8 p.m. on Wednesdays.

Snoop is the second rapper to be intertwined into the wrestling world this week. Cardi B recently exchanged words with WWE's Lacey Evans via Twitter after Evans wrote the Bronx rapper online and claimed she'd beat Cardi up. Evans also referenced Cardi B's physical dispute with Nicki Minaj at the Met Gala in May of 2018.

Check out Snoop Dogg channel his inner professional wrestler below.

See Snoop Dogg and "The American Nightmare" Cody Rhodes' entrance into the ring as well.