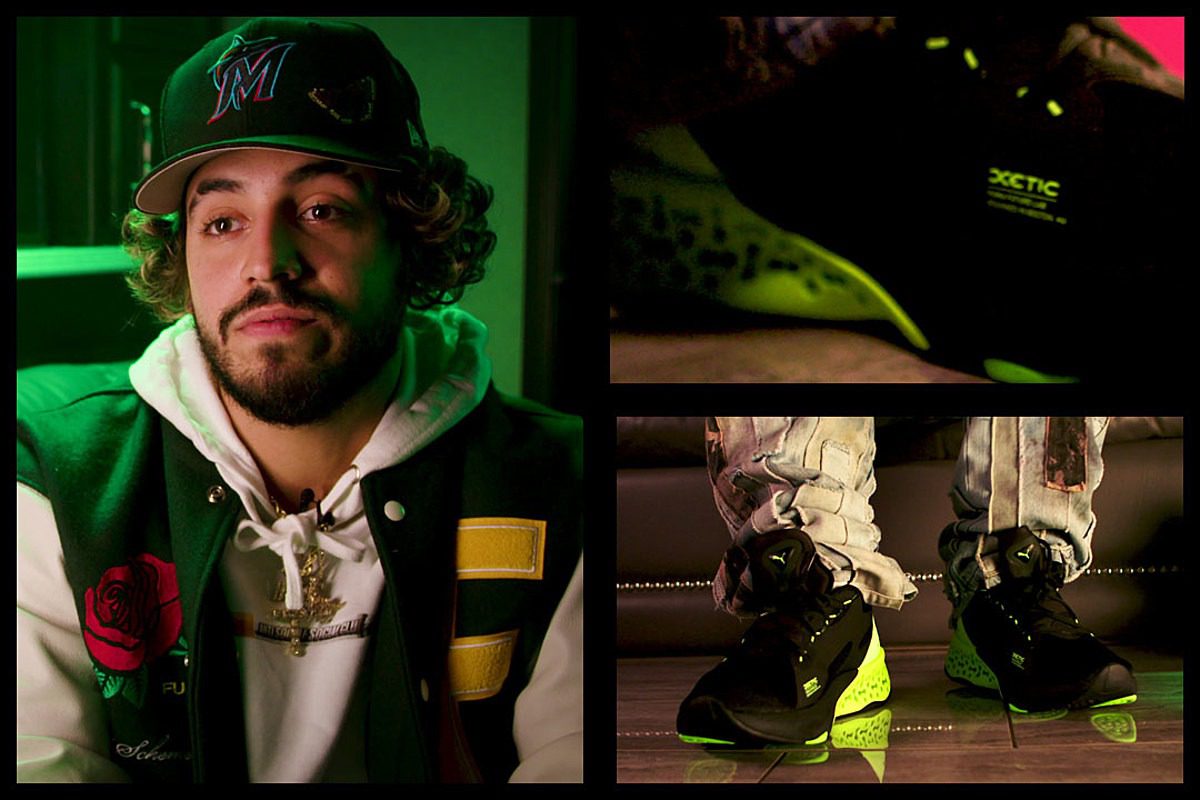 DJ Scheme's expertise as a DJ and producer has provided him with a respected career as he serves rap fans with music from the late XXXTentacion and Ski Mask The Slump God, among others, for the last five years. The Palm Beach, Fla. native is an executive producer behind the boards, like on his debut solo album, Family, and works the crowd as Ski's current tour DJ. Scheme’s resume also includes a resident DJ gig for the Rolling Loud Festival, which hits cities around the globe. Most recently, he was captivating the crowd, rocking the PUMA XETIC Halflife sneakers, alongside Ski Mask for Rolling Loud New York at Citi Field in Queens on Oct. 30. Step into a day in the life with DJ Scheme and Puma as he gives an inside look at what goes into his performance.

Since first impressions are everything, style is important in Scheme's world. Strolling through the streets, watching a favorite artist perform at a show, sitting in the trailer between sets, rushing to the stage or having a fresh ’fit means what's on his feet has to be fashion-forward yet practical. The XETIC Halflife pulls double-duty as a durable sneaker for max traction and the perfect kicks to polish off a look—ideal for Scheme's active lifestyle.

"Everyone has like, their style and everyone has their look that they market the best," the 24-year-old talent shares. "And I think that's super important ’cause I've gone through so many styles. Now I'm maturing more and I'm finding my comfortability in what I wear. I'ma always be DJ Scheme, but they'll be some new flavors to it."

PUMA XETIC Halflife takes both Scheme's style and comfort to the next dimension. The Calculated Cushioning Technology provides him with the ability to be versatile. Whether he’s standing at the DJ console for an hour at a time playing music, hopping around the stage or jumping into the crowd, he’s prepared with the heat on his feet.

On the tech side, his skills as a DJ work to his benefit. Scheme is able to play exactly what an artist wants or adapt to the crowd at a moment's notice. Thinking on his feet is key. The responsive structure in the XETIC Halflife foam minimizes landing impact to maximize comfort, which is a benefit when Scheme is running back and forth from the DJ console to front of stage. "As a DJ, your main focus is just controlling the crowd, making sure that you're getting the reaction that you need from them," he says. "Because every artist, every DJ is fueled by the reaction of the fans. And then you get up there, and you play and your stuff and you just look up and you're like, This is almost 80,000 people."

There's also a science to staying in the public eye. Scheme's role as a producer and DJ is both behind the scenes as well as in the spotlight. His gold-selling track "How You Feel? (Freestyle)" featuring Ski Mask, Danny Towers and Lil Yachty, co-producing on songs like Juice Wrld's "Conversations" and winning the 2021 BET Hip Hop Award for DJ of the Year are a few highlights of his career accomplishments so far.

"Since I recently just won BET Hip Hop DJ of the Year, I'm starting to get these accolades, and I'm starting to get the respect that I know I deserve," Scheme expresses. "I feel like it's right around the corner, like my big moment, and I’m starting to show who I am as an individual and it's just not me being part of some group or something like that. I want people to know who DJ Scheme is."

As his popularity increases, life on the road becomes increasingly active. "I'm busy, I'm always traveling, I'm doing shows every other day," Scheme adds. "Puma got me right. That's all I really need." The XETIC Halflife innovation helps with that.

This editorial advertisement is presented by Puma.