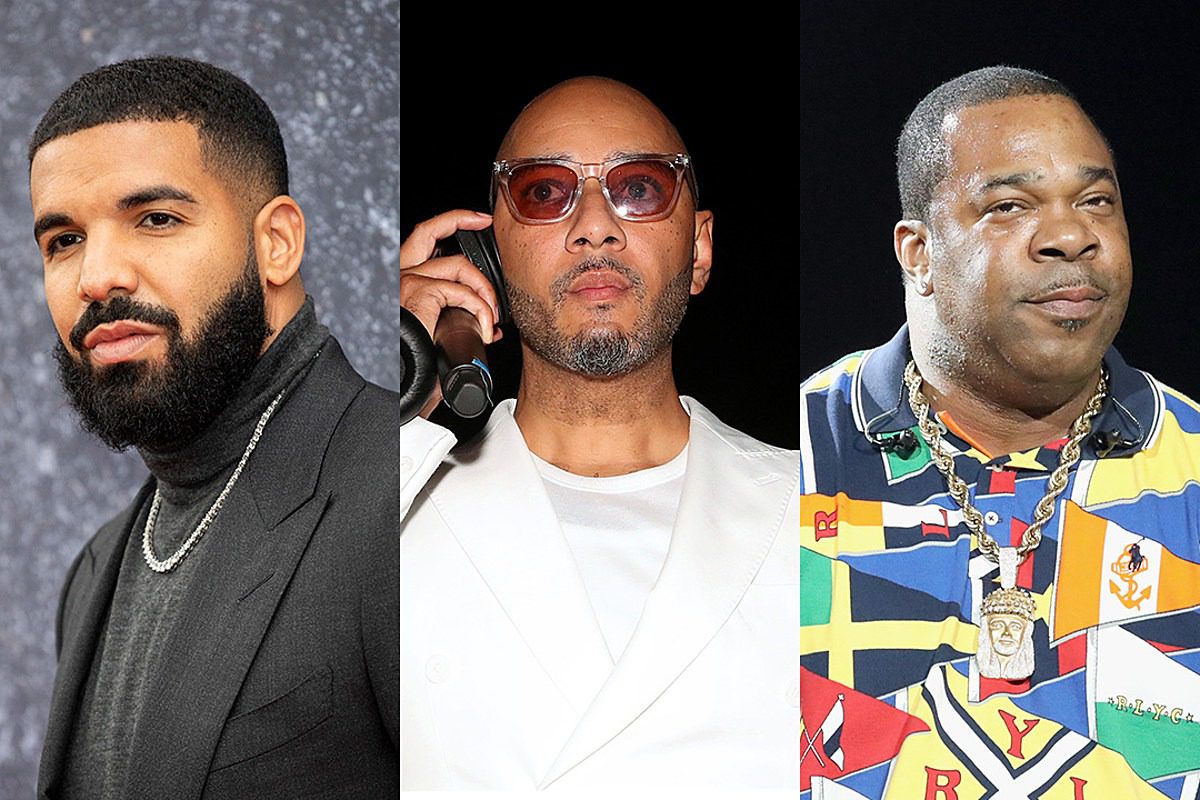 Swizz Beatz has called out Drake during a conversation with Busta Rhymes on Instagram over the weekend.

While on IG live for Zone Radio with Busta Rhymes, in a video clip that surfaced on the internet on Sunday (June 21), Swizz called Drizzy a "pussy boy" while discussing the J Dilla-produced record reportedly titled "Stay Down" that Busta has with Drake, which was recently leaked.

"Drake wanted to get some production from Dilla and he knew that I had it," Busta Rhymes began. "We was talking about him working with Dilla with some of the stuff I had in the stash. You know, I ain't gon’ front. Drake is one of the prominent MCs that I'm a fan of. And, interestingly, when he did the record it wasn't even something that we planned to do together. It was something that he did and it didn't happen where it was supposed to happen. And, when I saw that it was laying dormant, I thought that it was only right to try to complete the record."

The Flipmode Squad artist went on to explain that he and Drizzy never worked things out to actually release the track and that the record ended up staying in the stash. When Swizz asked why things pertaining to the record were never sorted out, Busta said he never knew what the actual reason was because they never had a chance to discuss it.

To this, Swizz responded, "It's a big pussy boy."

Elsewhere in the conversation, Busta clarified that Drizzy didn't necessarily want to work with him. The Toronto native wanted a Dilla beat. "I don't want to get it misconstrued," Busta said. "He didn't come to me to make a record with me. He wanted to do [J Dilla's] beat. Dilla beats. That's what it was about. That's all I'm saying."

The Ruff Ryders artist also said, "Because at the end of the day, niggas is pussy for real. What's up? Pop off. Let's go."

Swizz Beatz also called Drake a "little kid" and "little guy." In the chat with Busta, Swizz went on to say, "And we made a lot of great things together and there is no personal things, you understand… If it was personal, we'd shoot your plane out the sky."

The record Swizz Beatz and Busta Rhymes were discussing on the livestream began circulating on the internet last week.

After the conversation between Swizz and Busta took place, the legendary producer hopped on IG to address his comments, saying that he was in the "wrong space" and on the "wrong energy." He also said that he was "a little nice" and "a little excited" while having the chat with Busta.

However, OVO Chubbs, often referred to as Drake's muscle, wasn't feeling Swizz's explanation. "We don't need no apology," he wrote on Instagram. "It's clear you don't like us so act that same way when you see us. Pussy."

It's unclear where Swizz and Drake stand currently, but if there is any friction, hopefully things can be mended.