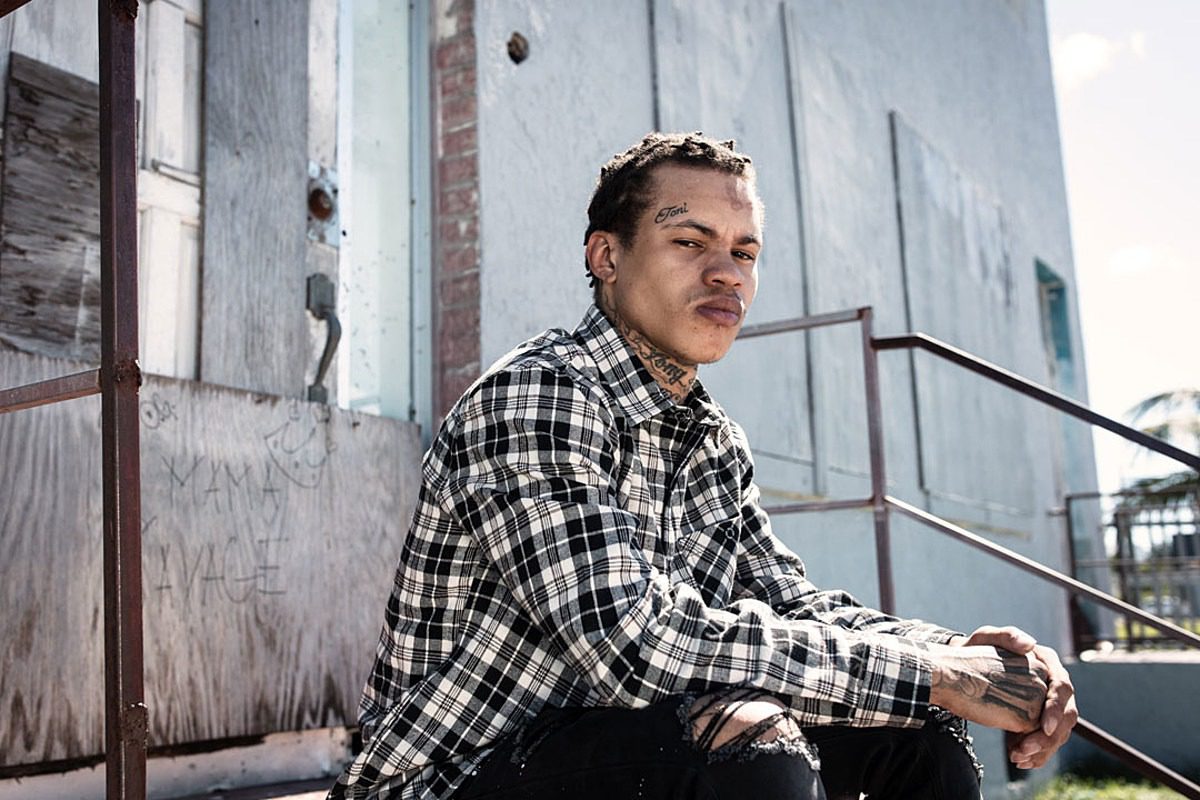 No matter how hip-hop evolves, being able to spit will always get you attention. In the case of St. Louis rapper 30 Deep Grimeyy, his flow is a mix of the old and the new. Rapping with his cousins and friends since he was 7 years old, Grimeyy picked up the art form from the people around him. After coming out of some legal troubles that started in 2016, including jail time, charges of shooting out of a vehicle (a UUW) and doing five years of probation that began at 17, he had a new perspective. Grimeyy decided he needed to commit to rap and stay out of the streets.

This change in his outlook led 30 Deep Grimeyy to work on his craft, and then partner with his neighbor, rapper NWM Cee Murda, to drop their joint mixtape, Splash Brothers, in December of 2019. The tape got their name buzzing more locally and beyond, thanks to the success of the songs "NoCap" (which has nearly 2 million streams on Spotify) and Grimeyy's solo song, "Dead Goofies." The latter, which was released before the tape, took off due to the gritty video full of guns, grills and very specific disses to his enemies. The visual currently has over 6 million YouTube views.

Even with how menacing the video looks, 30 Deep Grimeyy (who says he got his name for walking around "30 of us" with his friends back home) can clearly rhyme, having his way with the instrumental to Boosie Badazz and Webbie's 2007 track "U Ain't Bout What You Be Talkin' Bout." Grimeyy took the momentum and ran, dropping songs like "Grim Reapa Flow" with NLE Choppa and King Von in March of this year, then collaborating with Maxo Kream for "Handicap Crippin" in May. Now, with plenty of new fans, 30 Deep Grimeyy is preparing to drop his debut project, Grimeyy 2 Society, soon.

Learn a little more about the St. Louis rapper in this week's edition of The Break.

I grew up listening to: "Tha Carter, Lil Wayne, UGK, all older music for real. Tupac, Biggie, Plies. Shit, young music, too, but really the older music. I'm more influenced by the older music; it's more real to me. Lil Wayne. That's my favorite rapper, so Lil Wayne, Tha Carter II. I can just bump it no matter what, no matter, it could be 2030. When I was a kid, finding out what a metaphor mean, I'm like, 'What the fuck?' The metaphors got to me, but I, later on, down the line, found out, more. I started digging into hip-hop more and I found out about Biggie's metaphors. They neck and neck, then I'm like, nah, Wayne more my generation so I'm just with the Wayne."

My style’s been compared to: "People compare me to people that I listen to. I'm people favorite rapper, and I don't be believing the shit half of the time. People compare my flow, they be like you the G.O.A.T., but everybody use that word nowadays so I don't consider myself the G.O.A.T. yet. They be calling me the master of black air force ones. All types of shit. I be hollering."

I’m going to blow up because: "Man, because I'm different and people ain't heard me and murder type be flowing a long time, and real music is starting to come back. Ain't just mumble rap no more. Like it was just a wave for mumble rap. And real rap's fixing to come back."

What’s your most slept-on song, and why?: "I think 'Rockstar' because people ain't really [into] all that emotional shit. People want to turn up and shit. I made my voice different in that song. I did it for everybody. I ain't just do it for one type of fan base, you know? I did it for everybody that's going through what I went through."

My standout moments to date have been: "Moving away from the city. That shit will draw you in. I wouldn't be able to focus on music. As focused as I am now, if I was still where I was at, I would focus on five things at once. Instead of two."

Most people don’t know: "My name is Arthur."

See Every XXL Magazine Cover of the 2010s