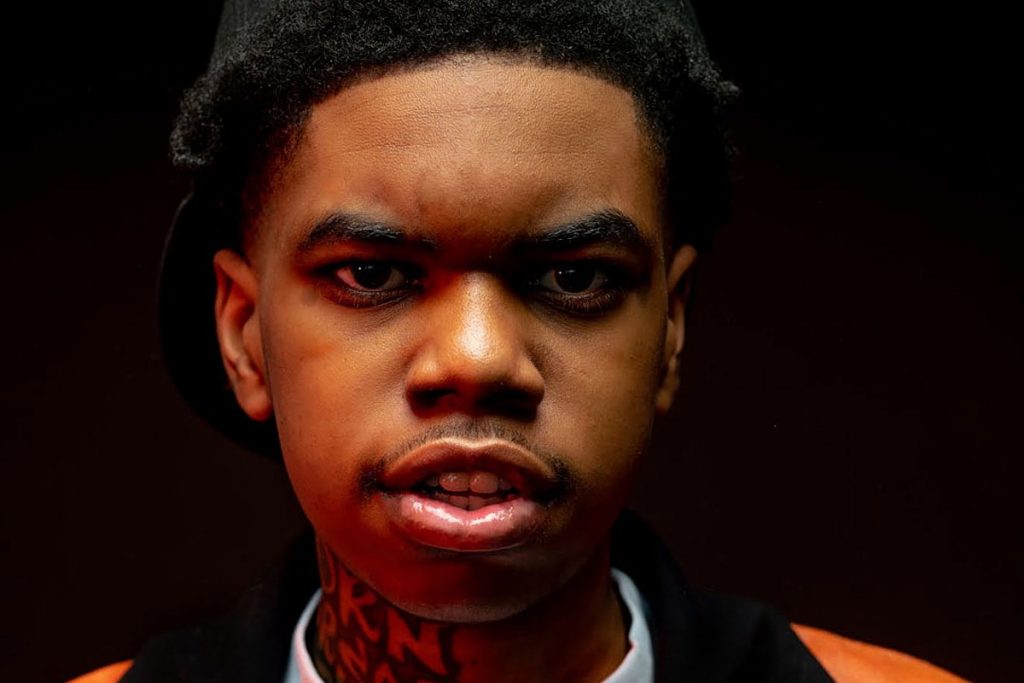 Florida continues to be a hotbed for hip-hop talent. In 2007, at just 7 years old, Jacksonville, Fla. rapper Lil Poppa got his start in rap, writing music for his church under the tutelage of his older brother. By the time he was 10, he was rapping in church, then chose his own path at 12, pivoting away from religious music. Dropping songs at just 14 years old led Poppa to making a name for himself locally over the years. This all culminated in 2018, when he dropped "Purple Hearts," an ode to one of the toughest experiences he's faced yet. The song, a showcase of Poppa's melody-driven delivery and storytelling chops, sits on his 2018 12-track mixtape, Under Investigation, which features YFN Lucci and Yungeen Ace.

"Purple Hearts" is something of a somber audio diary on which Poppa recaps the emotions he felt while surviving a shooting in his hometown. The incident, which resulted in three people being shot, took the lives of some of his friends. "Detectives try to frame me/Interrogation, they blame me/Wish I could take it back to the day that my mama named me," he raps. The song took off in Jacksonville, but his specific experience resonated elsewhere; Polo G liked the song, which opened the door for their 2019 collaboration on "Eternal Living," Lil Poppa's biggest song yet.

The success of Lil Poppa's "Purple Hearts" (the video for the song is now at over 6 million views) got on the radar of various major labels. When deciding which record label to sign with, Poppa chose to go with the house that Jimmy Iovine built. The 20-year-old Down South rapper signed to Rule #1/Interscope Records in 2019, and released multiple projects that year, including Under Investigation 2, Almost Normal and his latest, the late May 2020 release Evergreen Wildchild 2. The latter project features "Bankrolls & Groupie Hoes" featuring Stunna 4 Vegas.

Here, XXL catches up with Lil Poppa as he discusses his experience in the game so far and continues to rise.

I grew up listening to: "I was a big Lil' Bow Wow fan. And once I started getting older, Lil Boosie and Webbie really was a big influence on my rap career. Of course, there's Lil Wayne. Meek Mill, that's my all-time favorite rapper. It was really more of him as a person. More of him as a person than his music really, because his grind, his hustle, the type of person that he is. If I was to ever glow up into the limelight and all that, I feel like Meek Mill was a perfect example of how to do it."

My style’s been compared to: "It's crazy because people don't really compare me. A lot of people tell me I got my own unique sound. I'm not trying to sound like nobody else. So I think that's a good thing. I never really been compared to nobody."

I’m going to blow up because: "I just feel like, if I just keep the mindset I got know, as far as staying to myself, and letting it do what it do, not forcing it, not forcing myself into the limelight and all that, I'll be good. It's going to come in time. And when it comes, I know that's my time. The time that's meant for me."

What’s your most slept-on song, and why?: "It's hard to even say. I just feel like me, as an artist, really like, slept-on. A lot of my songs that I released I feel like should've did way more than what they did. You never know, I might go to the studio tonight and drop the one that everybody just kept going to. I just got to keep working, that's all."

My standout records to date have been: "The biggest song I got is 'Eternal Living' [featuring Polo G]. The vibe to 'Eternal Living' is really like vibe that people don't get from me too often. So it was very different. The beat was more of an uptempo beat and a club vibe. And with Polo G on it, with his verse, that just made it even bigger. As far as number-wise. 'Murder Victim' [featuring G Herbo] a big song, too. That's a very good song, very good. And I think 'Been Thru' is my second biggest song."

My standout moments to date have been: "I done had a lot of big moments. I met a lot a people I thought I would never meet. I just met Yo Gotti a couple weeks ago, at his album release party. Just [been] getting a lot of recognition from people, even through social media. Getting recognition from a lot of people. Meek [Mill] liked a post on my page one time, a video one time. That was big. DMX liked a comment that I did on one of his posts. It be the simple stuff from the people that I still look up to."

Most people don’t know: "I'm really… I don't want to use the word, antisocial. I really like to keep to myself a lot. I don't like to be in crowds too much If I don't have to. I just like to be to myself everyday if I could. I like time to think. A lot of people don't know that. A lot of people be looking at it as I'm just acting funny or something like that. I just be trying to work, I just be trying to get people to understand that side of me.

"Been Thru" featuring Quando Rondo