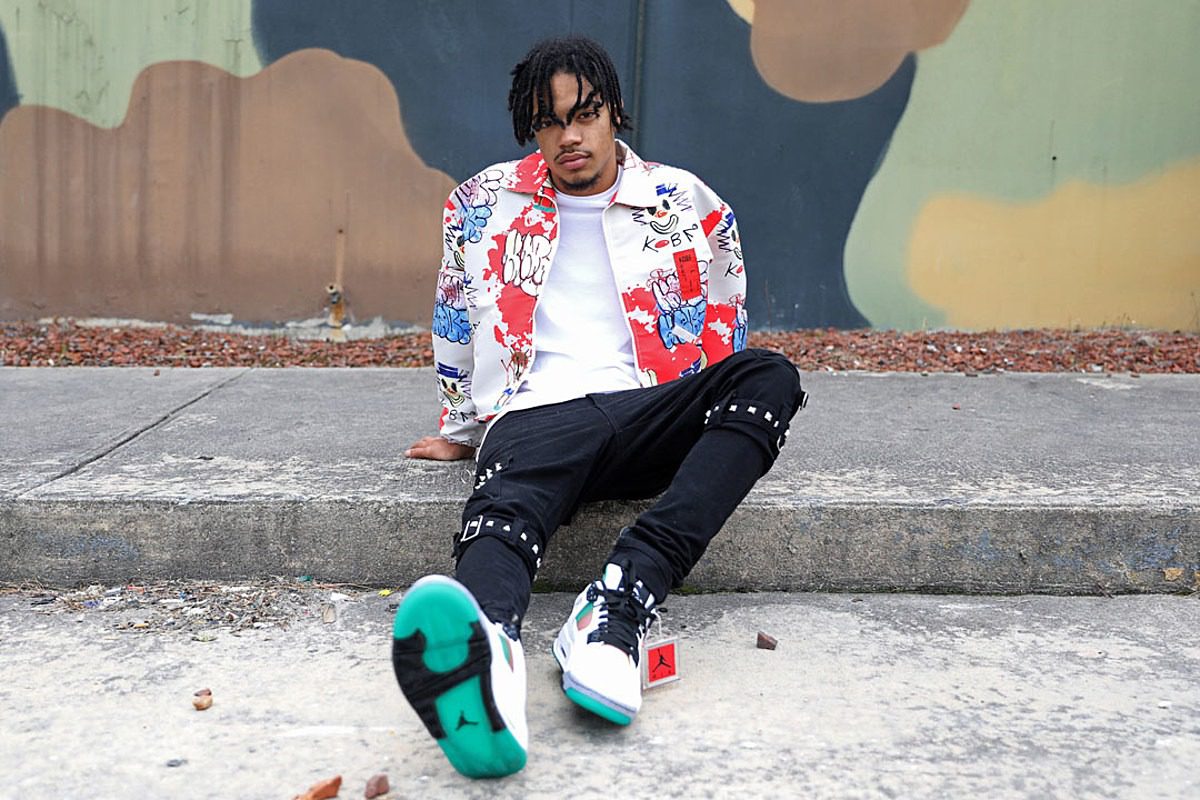 Daily life can serve as inspiration for anyone, no matter what their passion is. In the world of hip-hop, a rapper's experiences are vital, as they can be the basis of making the song that changes their life. Case in point: San Antonio, Texas native StaySolidRocky, the rapper behind the viral hit "Party Girl."

Hitting studios since he was 15, StaySolidRocky, put the song together in 2019, after having a phone convo with a woman he knows. Realizing that there are plenty of party girls out there, he teased the Nashi-produced track on Instagram then dropped it last September. The video, which finds him in bed with four women, arrived in December of 2019. "Lil' mama a party girl/She just wan' have fun, too/They say you ain't wifey type, but I don't care, I want you/She like to do drugs, too/She in love with guns, too/They say you too piped up, but I think that I love you," he croons on the chorus.

The momentum from "Party Girl" taking off on TikTok is just one of the reasons he earned a label deal with Columbia Records earlier this year. Then StaySolidRocky, born Darak Figeroua, rereleased the track with Columbia in April. Now, the song has earned a peak position of No. 21 on the Billboard Hot 100, been streamed over 163 million times on Spotify and used as the music to nearly 11 million TikTok videos.

StaySolidRocky looks forward as he prepares to drop a "Party Girl (Remix)" to follow the other song's he's released this year, such as "Toxic" and "Vacant Heart" featuring Big4Keezy.

Get in tune with StaySolidRocky in this week's edition of The Break.

I grew up listening to:  "A lotta Lil Wayne for real. You just couldn't get away from Wayne, he was everywhere. You already know how it was… so, you know ain't no escapin' that."

My style’s been compared to: "Everybody that people compare me to, I don't listen to. I could see if you were like 'Oh, yeah, you kinda sound like one of my favorite rappers,' maybe, ’cause I do listen to ’em. But nah, they freaky. They too freaky."

I’m going to blow up because: "I don't. I just go with the flow. All I can do is just make my music and just hope they like it for real. You either like it or you don't. And hopefully, it gravitates to the right people and they like it."

What’s your most slept-on song, and why?: "Listen to my song called 'Soft Aggression.' I feel like that song, if it's pushed right, I feel like it could possibly have a big impact on the music industry as a whole. Because they so caught up on 'Party Girl,' just dropped a video for 'Toxic,' then we gonna have a 'Party Girl (Remix)' come out. So, it's a lot going on because we working hard. I like to call that my little secret weapon. I got a few secret weapons."

My standout records to date have been: "'Party Girl' because it's something you can just listen to when you in any mood. It's not a too complex song. The lyrics not too deep, but it does have a meaning behind it if you think about it. It's a fun song."

My standout moments to date have been: "The opportunity as a whole. This is people dream come true. You know how much people would die for this? You gotta enjoy the little moments."

Most people don’t know: "I feel like 'Party Girl' is a bad first impression. It's gon' get way different. So, I just don't want people to get surprised, or feel like they was misled."

I’m going to be the next: "Person who I'm supposed to be."