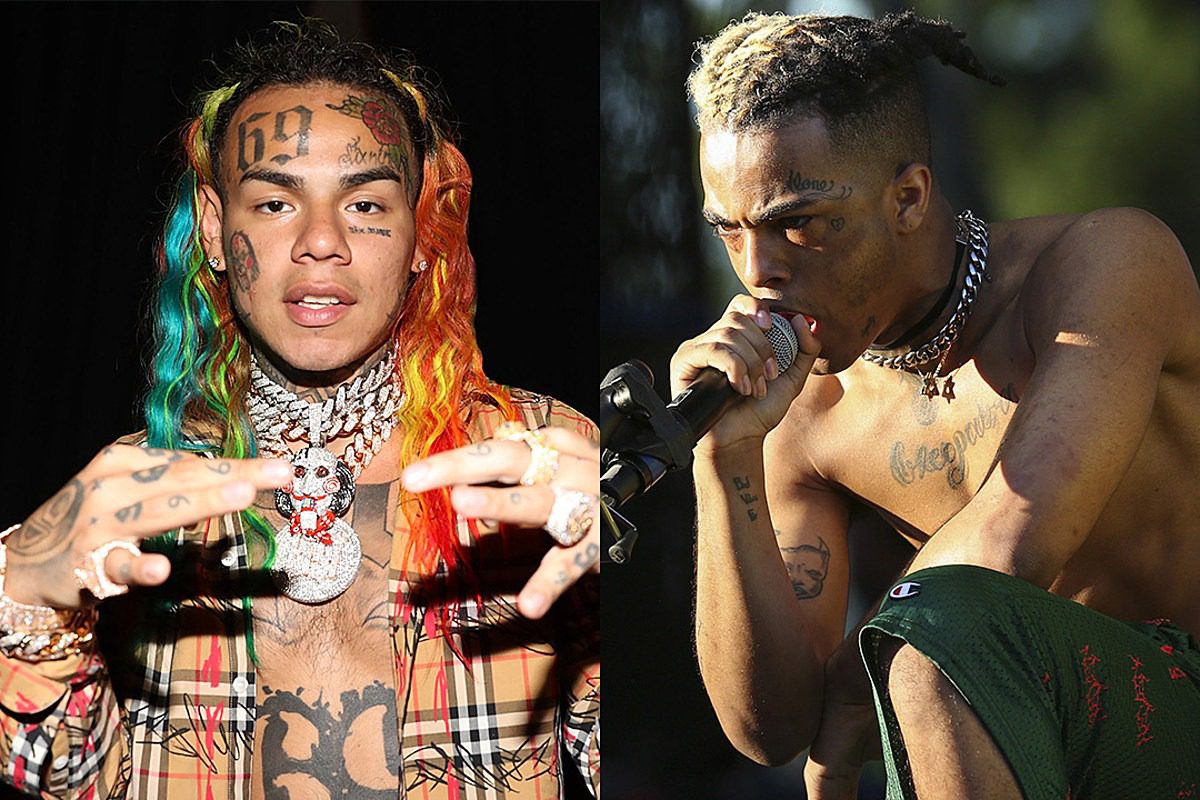 XXXTentacion dropped some gems on 6ix9ine prior to his untimely passing and Tekashi is sharing X's messages with the world.

During an Instagram live session that surfaced via social media on Wednesday (July 8), the Brooklyn rapper read the DMs X sent him while he was in prison serving time for his federal firearms and racketeering charges.

"Yo, be safe, OK? Never let your guard down," one message said. The other read, "When you get out, move smarter, more patient and more relaxed."

6ix9ine then addressed the notion that rappers who travel with security aren't tough, saying that personal protection could have prevented X from being killed.

"So, X was looking out for me," Tekashi says. "Telling me, 'Yo, move smarter.' Matter fact, X said this, 'Don't let your guard down.' Same thing with Pop Smoke, Nipsey Hussle. You don't move with security, you're pussy. You need to change the fuckin’ game. If you with security doesn't make you pussy, it makes you smart. If X, who's my friend, woulda had security, we would've had a legend in the making still living."

XXXTentacion was fatally shot in Deerfield Beach, Fla. back in 2018. Reports say he was shot inside of his vehicle after shopping for a motorcycle at Riva Motorsports. Local authorities claimed that he was possibly followed by three cars after withdrawing money from a bank. Witnesses also told law enforcement that the suspects removed a Louis Vuitton bag from XXX's car before leaving the scene.

The former 2017 XXL Freshman was transported to Broward Health North hospital, where he later died.