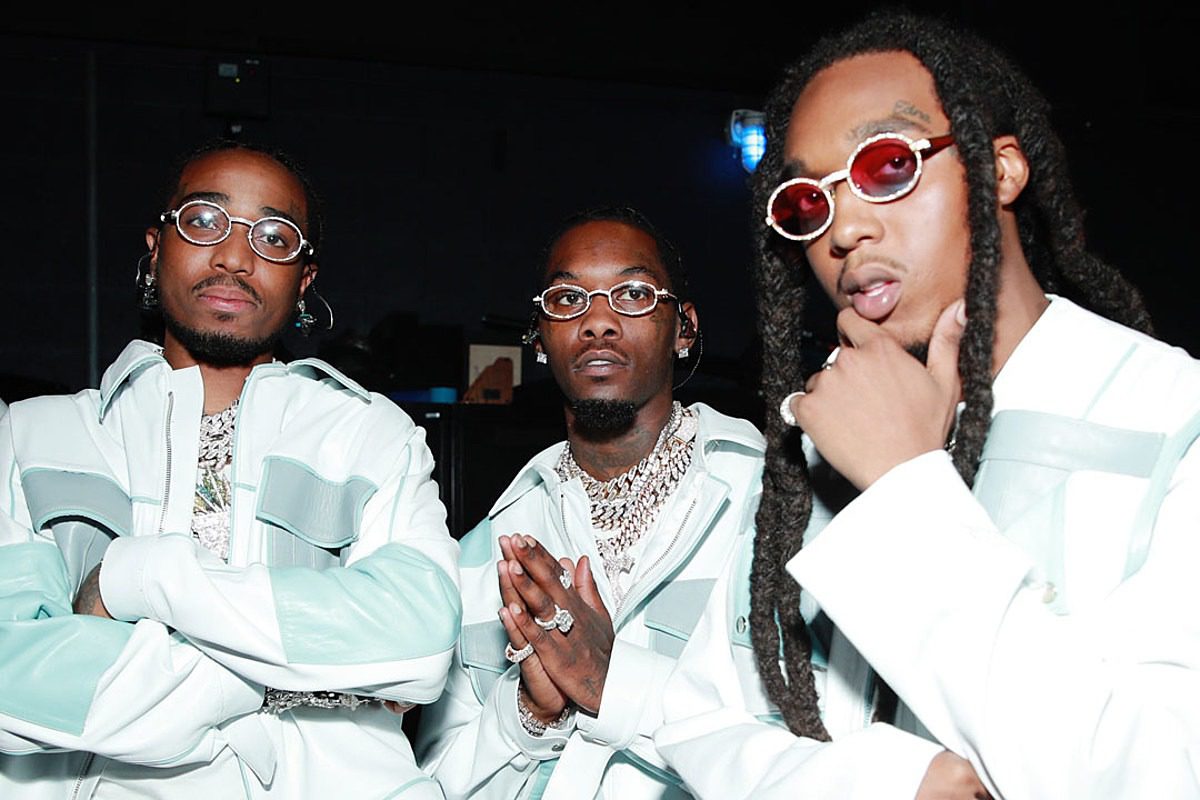 These days, becoming a rap star happens often due to how the internet quickens the pace of an artist's rise (and on the flip side, their fall). Migos, the Georgia trio consisting of Offset, Takeoff and Quavo, have achieved the success of one of the biggest groups in rap history. Two years ago, they insisted they were the biggest group in the world to ever exist. Offset's reasoning for the claim was because "we can do individual and we can go as a group." They've certainly proved their duality as individuals and group members with solo albums and 23 projects together.

Migos grew up together (Quavo is Takeoff's uncle, and Offset and Quavo are cousins) and formed a group in 2008. They didn't have their big moment until 2013 though, when they dropped the song "Versace," and put themselves on the rap map, further lifted by a Drake verse on the remix of the song. Through stops, starts, label turmoil and rap beefs, Migos have stuck together and became superstars, with a discography that features more than 20 projects that includes collaborations with other artists (and that's without counting their solo work). Here, XXL highlights Migos' cant-miss projects, and the ones you can pass on.

As it comes to Migos fan base, checking out their third mixtape, 2013's Y.R.N. (Young Rich Niggas), is a necessity. In addition to having "Versace" and "Bando," the latter being the first song that got them some buzz, the tape features "Hannah Montana," which was a huge song for their early career as a group. Then, years later, there's Culture, their 2017 album that turned them into household names off the strength of "Bad and Boujee." The trio had solidified themselves as hitmakers.

With over 20 different projects to Migos' name, here are some of the highs and lows in a strong discography from the biggest group in rap today.