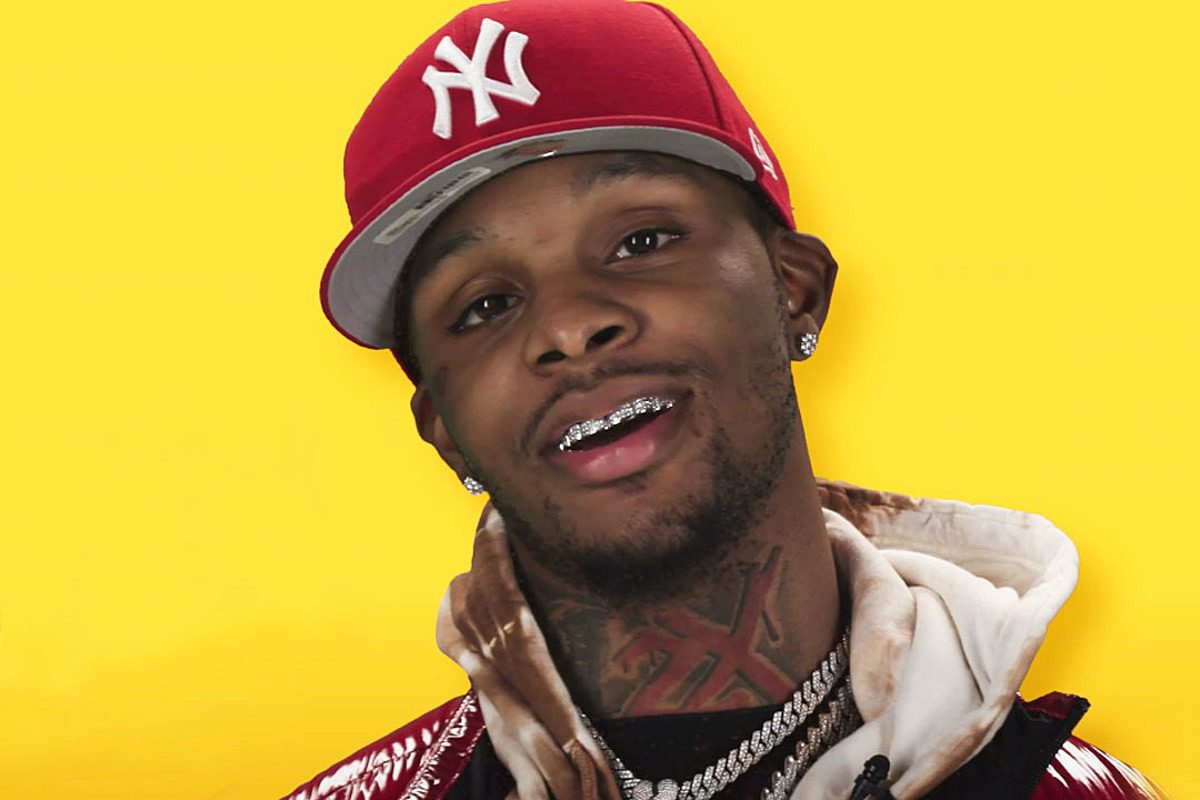 Before Toosii was making hit songs and receiving a RIAA gold certification for his single “Love Cycle,” the Syracuse, N.Y.-born, Raleigh, N.C.-living rapper was making moves on a different field, one with yard markers and green turf. He took that sport of football seriously and also does the same when it comes to his music. Along with his career, Toosii puts weight on financial literacy and longevity, too, but he also likes to enjoy himself, like the time he went to the "best party of his life" thrown by Future. Though his demeanor is calm, Toosii’s perspective on life is insightful, which he gives a closer look at in his version of XXL’s ABCs.

To shift things into gear, Toosii uses the luxury brand watch Audemars Piguet for the letter A. “A stands for Audemars ’cause I want an Audemars Piguet,” he asserts. Then, he humbly flosses his neckpieces for the letter B, using baguettes as his word of choice. “B stands for baguettes for the baguettes in my necklace,” the rapper expresses. However, he still has a keen interest in making sure his earnings are longstanding.

Jumping to the letter F, Toosii recounts his time as a slotback on his high school football team. He even suggests fans head to YouTube to check out his highlight reel—watch here. K brings up a memorable moment for the rapper that involves Future. After choosing kickbacks for the letter K and calling them the "worst type of parties," Toosii recalls the time he went to the Atlanta rhymer's party: "Funny story, I went to a Future party and, like, that was like the best party of my life. I never seen so many females, ever, like a day in my life. Yeah, it was lit. I gotta girlfriend now though." All said with a smile on his face.

For the letter T, the 21-year-old rhymer goes with his rap moniker, of course, but also shares the story of how he became Toosii. “Growing up, my sister and my mom, they used to call me Tootabutt and it was a football player on my team who couldn't say my name for real so he used to call me Toosii…,” he reminisces.

Toosii’s intuitive nature kicks in when the letter U comes up. “U stands for underestimated,” he adds matter-of-factly. “I never underestimate nobody.”

Learn more about Toosii in his ABCs below.