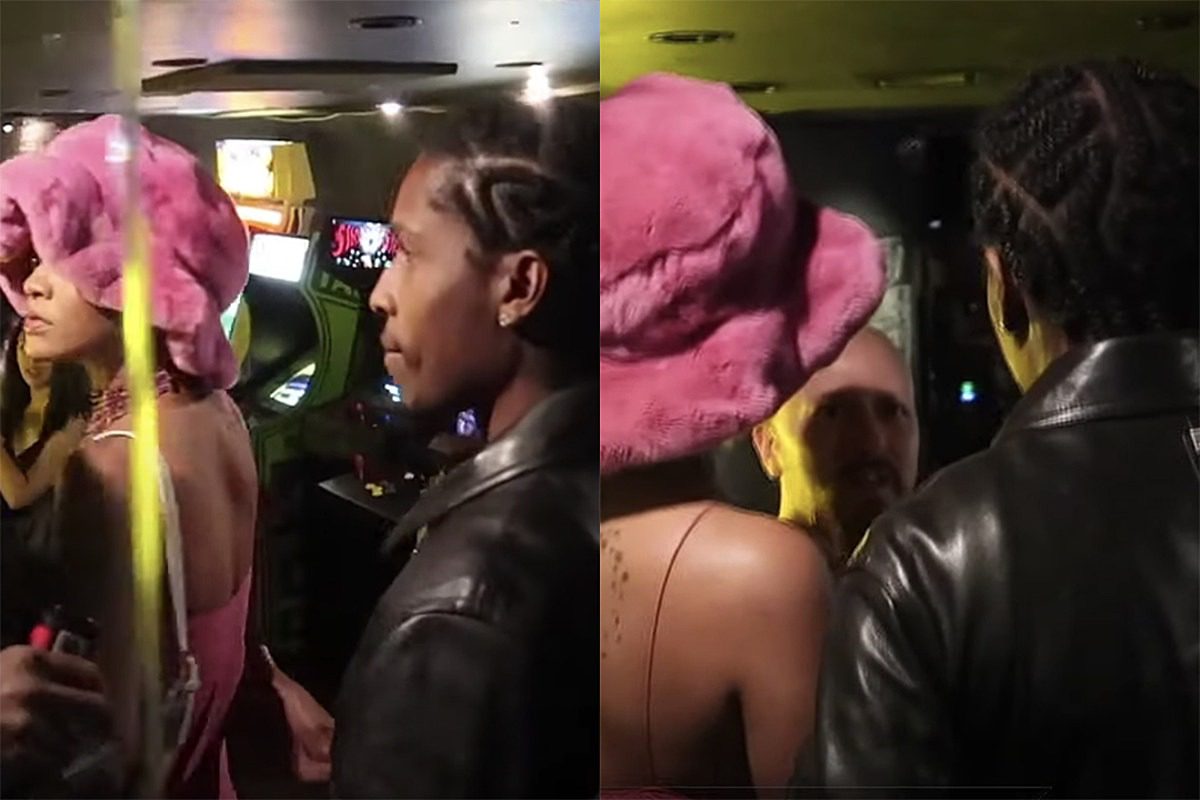 Fans of A$AP Rocky and Rihanna might be privy to their budding romance, but apparently, a bouncer at an NYC bar wasn't even familiar with their celebrity status and demanded identification from the hip-hop couple this week.

Video footage began circulating the internet today (June 24), presumably from Wednesday night (June 23), of Rocky and Rih heading to an establishment, but they weren't allowed entrance without providing ID. Some unconfirmed reports claim the two were going to a Barcade location. Either way, in the clip, the Harlem, N.Y. rapper and R&B singer can be seen speaking with the bar's security at the entrance of the venue.

While the dialogue between Rocky, Rihanna and the security isn't audible, a woman's voice can be heard yelling, "I don't know who you are."

A male voice is later heard saying: "You don't got none of your business cards on you, boy?"

Later on, paparazzi caught up with Rocky and Rih. They both engaged in slight banter while Rih stopped to give a fan an autograph. She even suggested the person sell the item she had signed to make some cash off of it.

Last month, the self-proclaimed "prettiest man alive" opened up about what it's like to be dating Rihanna, deeming her the "love of his life."

When speaking on what being in a relationship is like for him, the Testing rapper said: "So much better. So much better when you got the one. She amounts to probably, like, a million of the other ones.” He added, "I think when you know, you know. She's the one."

Check out to footage of A$AP Rocky and Rihanna being ID'd at an NYC bar below.

Scroll down to see Rocky and Rihanna briefly chop it up with fans and paparazzi.