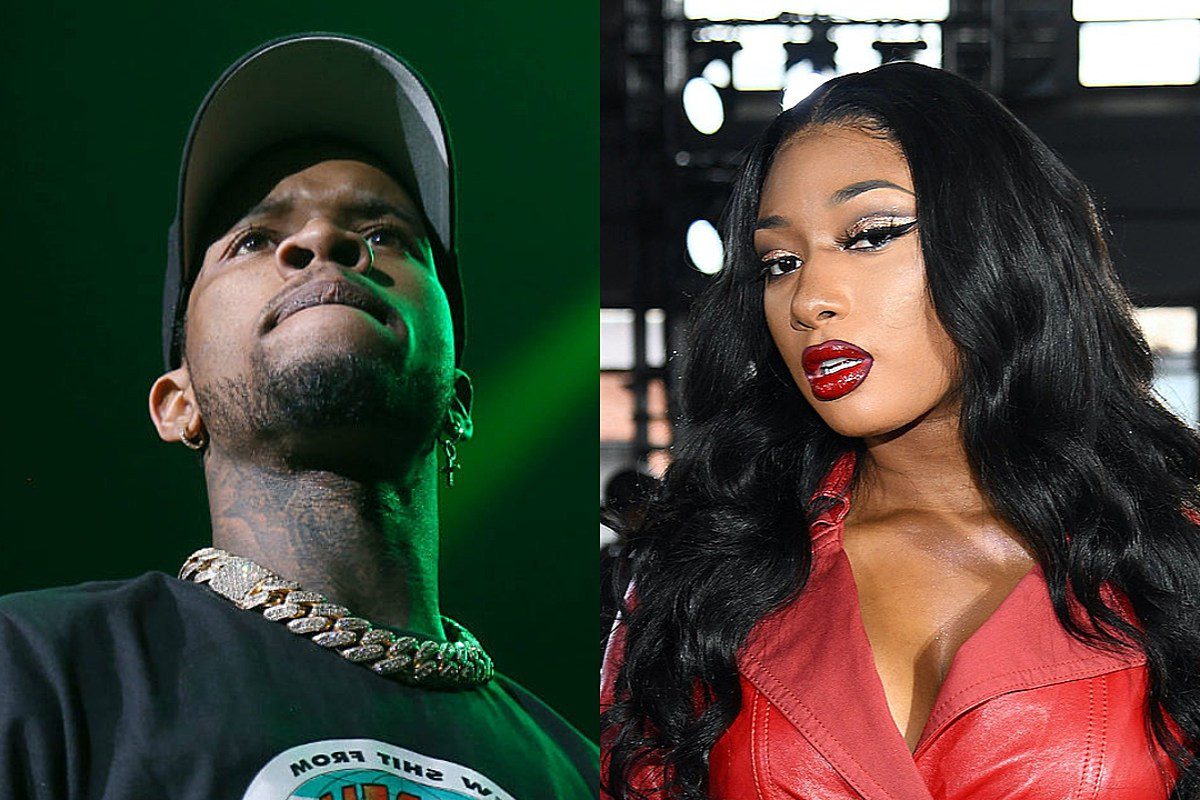 A new development has reportedly been made in the recent shooting involving Tory Lanez and Megan Thee Stallion.

According to a report from Page Six on Thursday (July 16), Tory, born Daystar Peterson, allegedly shot Megan on Sunday (July 12) after a dispute took place in the SUV that they were in. A source told the outlet, "Tory fired the shots from within the vehicle while Megan was outside trying to leave. There is video and the police are investigating. This is a case of a man physically harming and abusing a woman."

Additionally, a rep for the LAPD has not confirmed if there is accompanying video footage from the incident that is being used for an investigation into the shooting. The spokesperson for the police department told Page Six any video footage will "not be released until the case goes to court in order to protect the integrity of the case.”

"The detectives are seeking information regarding the shooting involving Daystar Peterson, and the investigation is still ongoing," the LAPD adds. "I’m not privilege to what the detectives have right now."

A report from TMZ today has offered additional details, which says that Megan, Tory and her best friend, Kelsey Nicole, were leaving a party in the Hollywood Hills section of Los Angeles when an argument transpired in the chauffeur-driven SUV that they were in. Sources claim that the Toronto rapper opened fire in the vehicle, allegedly hitting Megan on the foot twice.

Tory Lanez was arrested on Sunday for having a concealed weapon in a vehicle. He was booked at the Los Angeles County Sheriff's Department, where his bail was set at $35,000. He was released shortly after. Before Tory was arrested, a call of a disturbance was made to the police, in which witnesses said an argument took place in an SUV and gunshots were fired into the air. The LAPD located the vehicle and found Tory, Megan and Kelsey inside. After searching the SUV, a gun was found, resulting in Tory's arrest.

Video footage began circulating on the internet of what appears to be a small portion of the aftermath of the shooting. A woman is asked to exit the SUV and tells officers that she has her hands up. Another woman is seen kneeling on the ground and a man, believed to be Tory, is handcuffed. One woman says to the other, "Megan, you OK?."

TMZ reports that Tory was not charged for the shooting itself are because there are mitigating circumstances. Sources close to the Canadian artist claim he may say the shooting was an accident. The outlet also claims that witnesses are not willing to cooperate with authorities at the moment.

It was previously reported that Megan sustained a foot injury, as her foot had been cut by glass that was on the floor of the SUV. However, yesterday (July 15), Megan released a statement clarifying details of the shooting that have been circulating online.

"The narrative that is being reported about Sunday’s morning events are inaccurate and I’d like to set the record straight," Meg wrote in an Instagram post. "On Sunday Morning, I suffered gunshot wounds, as a result of a crime that was committed against me and done with the intention to physically harm me. I was never arrested, the police officers drove me to the hospital where I underwent surgery to remove the bullets. I’m incredibly grateful to be alive and that I’m expected to make a full recovery, but it was important for me to clarify the details about this traumatic night. I’m currently focused on my recovery, so I can return back to my life and back to making music as soon as possible."

Megan's friend, Kelsey, also uploaded an IG post, which was deleted shortly after. In the upload, she said that she was not responsible for shooting Megan and she wasn't the person who had the gun.

Prior to the shooting, Tory, Megan and Kylie Jenner were seen together on Instagram Live. When the news of the incident began circulating online, the only individuals identified were Tory and Megan. An unnamed woman was also mentioned, who was believed to be Kylie, but it is now presumed that the woman is Megan's best friend, Kelsey.

It has not been confirmed whether or not Tory is a suspect in the shooting. The investigation into the incident is ongoing.

XXL has reached out to a rep for Tory Lanez and Megan Thee Stallion for a comment.