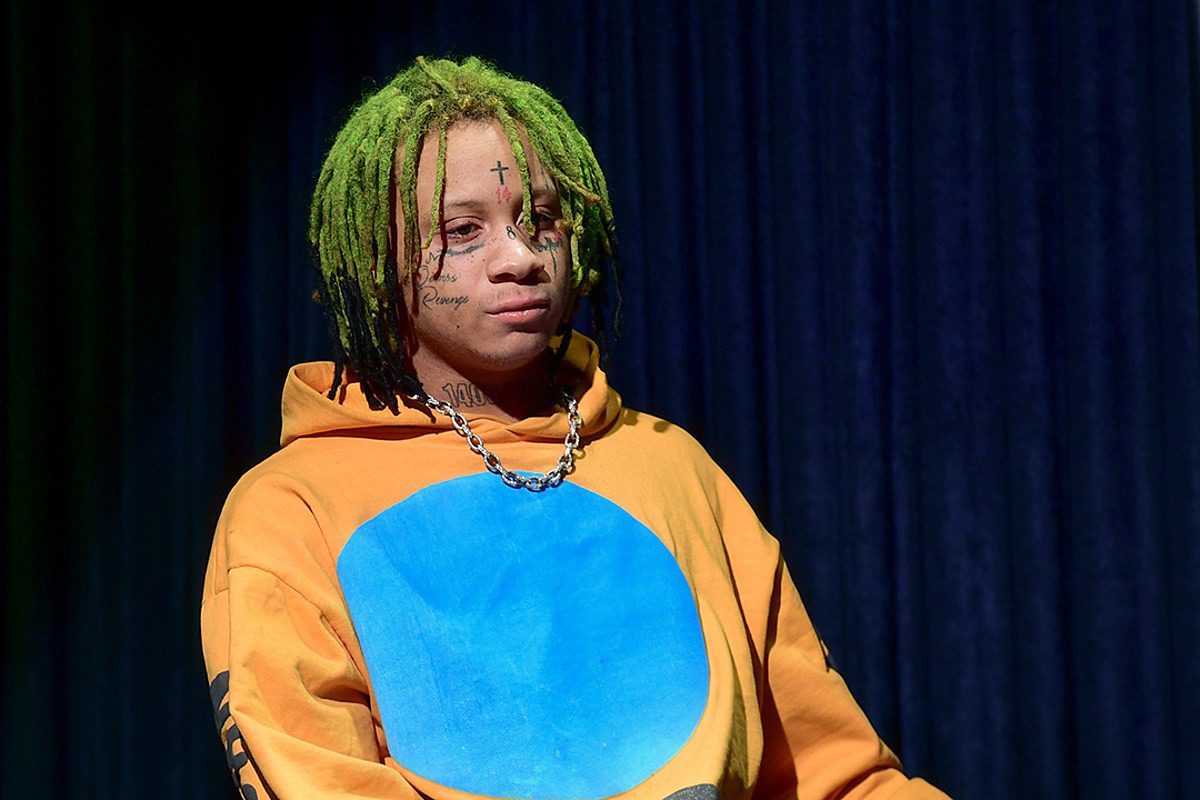 Trippie Redd has long been teasing the release of his Pegasus album, and it looks like he could've possibly shared cover artwork for the project. However, fans weren't exactly fond of the LP's potential cover imaging.

Yesterday (Sept. 30), a Reddit user named SigmarBergmann shared an inactive Instagram link, claiming that Trippie announced that Pegasus will be arriving this month. While the artwork can no longer be seen on the Ohio native's IG because it appears he has deleted them, the images have been floating around via social media. The cover art in question shows Trippie floating with his arms extended, wearing only flesh tone-colored underwear as he poses in front of a unicorn with wings. In the second image, the "Excitement" rhymer is shirtless while riding a unicorn across a galactic background with a red moon above him. It's worth noting that Trippie did a fan Pegasus cover art challenge back in May, so these might not be the actual artwork.

Trippie supporters had a lot to say about the unconfirmed artwork.

"This better not be the cover for Pegasus by Trippie Redd," one person tweeted.

Another said, "Trippie Redd is out of his mind with this Pegasus cover art."

Fans on Reddit shared their opinions on the potential artwork as well.

"I didn't think the Lil Xan album cover could be topped but Jesus I love you Trippie and the album is pretty good but fuck is this," said one supporter wrote.

A fourth person said, "This is definitely the worst album cover of all time."

Trippie hasn't confirmed the release date of the official album artwork for his upcoming album just yet. He did, however, tells fans on Sept. 24 that the wait for the album is almost over.

Last month, Trippie released the first single for the album, "I Got You," featuring Busta Rhymes, which pays homage to the Brooklyn native's 2002 hit "I Know What You Want" featuring Mariah Carey.

XXL has reached out to a rep for Trippie Redd for a comment.

Scroll down to see more reactions to what people think might be Trippie Redd's cover art for his Pegasus album.