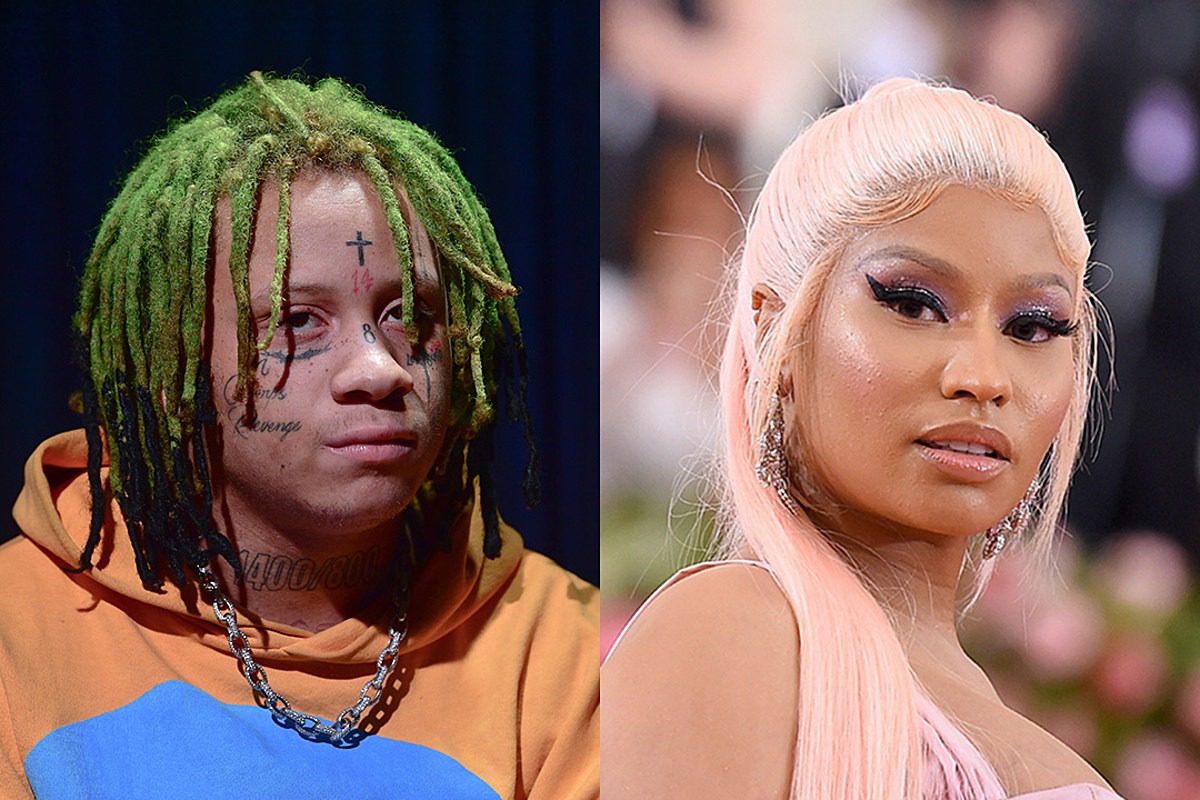 Trippie Redd is sharing his thoughts on Nicki Minaj.

During an Instagram live video, which surfaced on the internet on Sunday (June 28), Trippie said that Nicki isn't as good as she used to be. "Nicki Minaj really fell off," the rapper says as he walks in the background of the IG live video. It's unclear what prompted Trippie to make the comment. However, Nicki's Barbz are not happy and have discredited his statement by noting that she has had two songs go No. 1 on the Billboard Hot 100 recently.

Last week, Nicki and 6ix9ine's record "Trollz" debuted at No. 1 on the chart. Shortly after, she hopped on social media to thank her fans for their support. "Y'all did this with no playlisting and no radio," she said. "And, it's just not happening in 2020. All the records on the top of the chart right now are doing that with heavy playlisting and heavy radio. So, for us to do that…debuting? That's insane. So, I love you guys so much. We just did the highest pure sales of the year of every song released. And, you can't buy that. That's fan love."

Back in May, Doja Cat's "Say So" featuring Nicki went No. 1, giving the Queens, N.Y.-bred rapper her first chart-topping record.