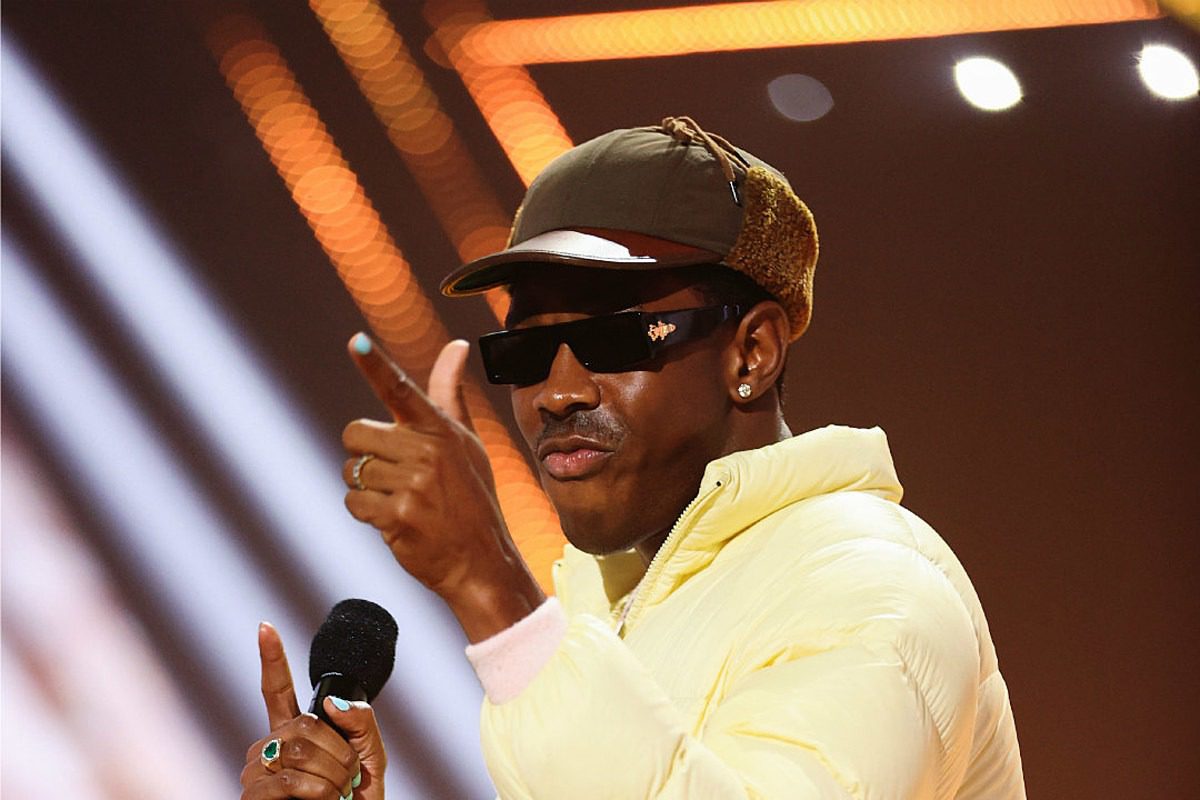 Coca-Cola has employed Tyler, The Creator to produce the music for their latest soda commercial.

The advert premiered on Sunday (Feb. 21) on YouTube, with Wolf Haley posting the clip on his Twitter page. "I PROVIDED COCA-COLA WITH ALL THE SOUNDS FOR THIS," the Odd Future co-founder tweeted. Coming in at 2:12 in length, the commercial, titled "Open That Coca-Cola," shows people indulging in Coca-Cola on a hot day, which causes them to break out into flamboyant choreographed dance routines. Tyler's splashy beat scores the entire montage, highlighted by deep bass and spacey chords.

"Drums are fucking hard the low end is shaking," Tyler commented on his work on Twitter. "Thats me playing the flute at the beginning," he added, revealing more about the production.

Tyler later admitted that he was tentative about being involved in the Coke spot at first but is hyped about the finished product. "Mannnn thanks coca cola for reallll big love for the opportunity," he added. "I was like ehh idk but then i fucking ran with it. commercials need sounds like this, thanksssss."

This isn't the first time Tyler has been involved with a soda commercial. Back in 2013, he directed a Mountain Dew (PepsiCo) commercial. The ad, which featured a criminal goat, later received backlash for being racist and misogynist, and was pulled by the beverage company.

Tyler later defended his creation, denying that either of the strikes against it were true. "It's not gonna change my art in any way," he told Billboard in an interview months later. "I just hope that somehow, if it gets bigger or if it disappears tomorrow, that it just opens people's minds up. I just actually can't believe that somebody sat there and pointed out that it was all Black people, instead of being confused that it was a freaking goat talking. That's mind-blowing. That's mind-blowing that people still think like that."