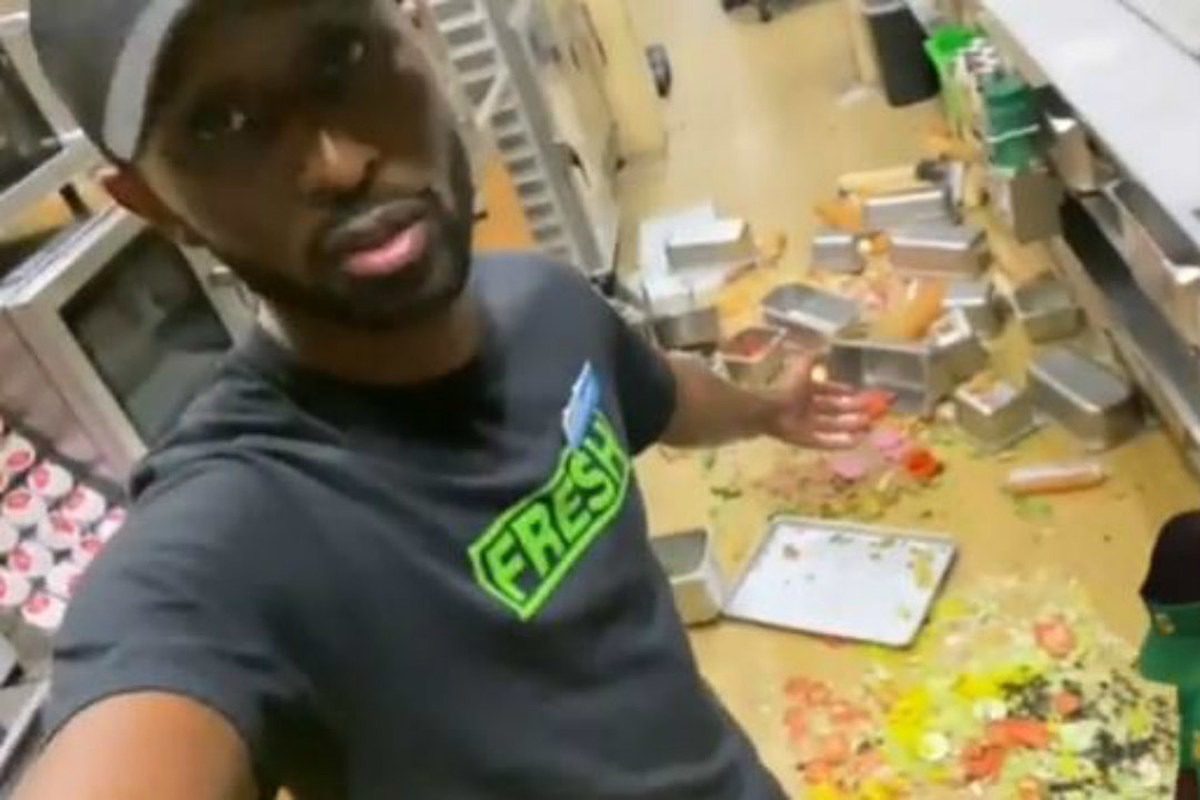 A man recently made a desperate plea to be heard and signed by Meek Mill that cost the guy his job.

Earlier this month, a Twitter user who goes by @JumanneWay posted video online of himself trashing the store of his employer, Subway, in order to get Meek Mill's attention in hopes of getting signed. The dire attempt appeared to fall on deaf ears by most of the internet until it became a trending topic on Twitter on Sunday (Oct. 17). In one of the videos, the man trashes the back end of the establishment, purposefully spilling food contents all over the floor.

In a strange twist, after destroying the store, the man then claimed he would be cleaning the mess up. "I gotta clean all this up," he says. "This is the aftermath. I'm trying to reach out to Meek. Like I said, or anybody that's in a position to help put me in a better position. This right here, bro, this is like…I don't think y'all know how much I had to go through to get to this point, that this became acceptable to me. This isn't…this is crazy, man."

Meek Mill, who recently released his new album Expensive Pain, has yet to respond to the videos. However, Subway has, reportedly firing the man since the clips went viral. In a statement released to NewsWeek, the franchise confirmed the unnamed worker in the video was a former employee who has been fired for his actions. "Subway and our network of franchisees take health and food safety extremely seriously and don't condone any behavior that violates our strict policies in these areas," the statement read.