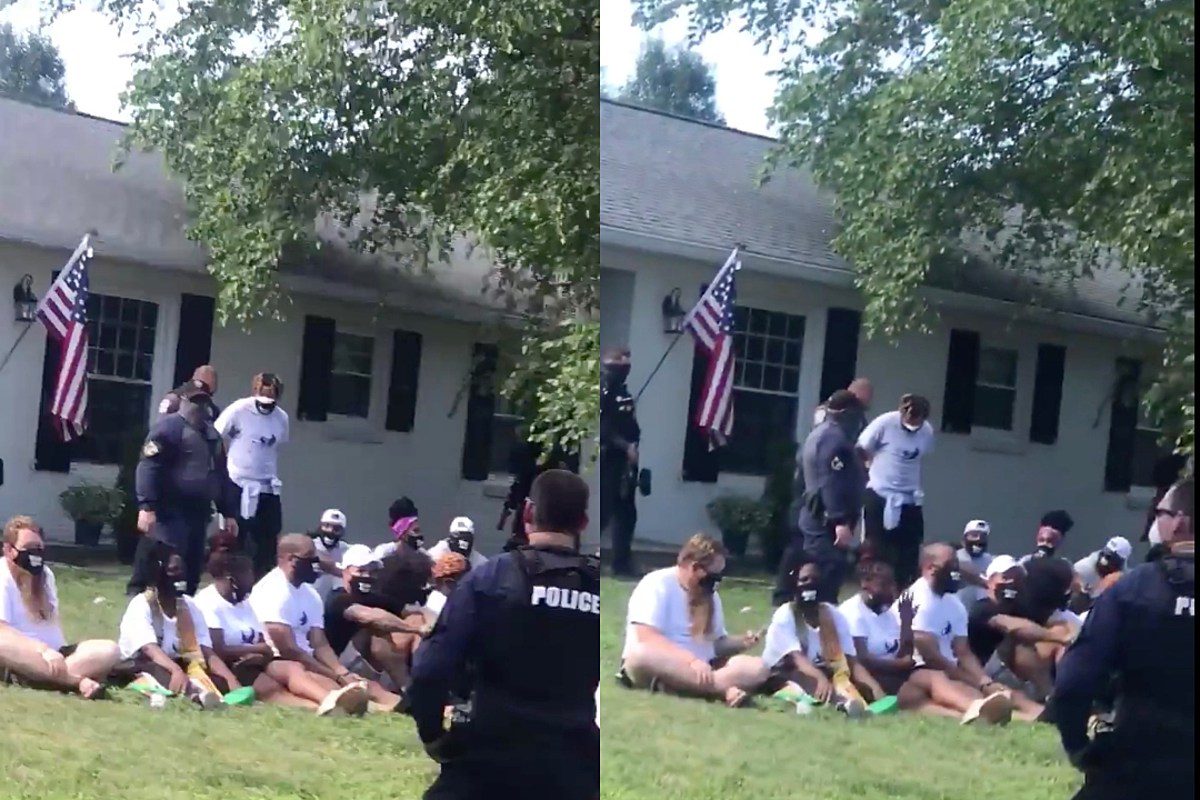 The fight for justice for Breonna Taylor is far from over. Members of the hip-hop community have traveled to Louisville, Ky., where she is from, to demand that the police officers responsible for her death be arrested.

On Tuesday (July 14), over 100 protesters, including YBN Cordae, gathered on Kentucky Attorney General Daniel Cameron's front lawn to demand justice be served for the 26-year-old emergency room technician. Taylor was killed just before 1 a.m. on March 13 by three members of the Louisville Metro Police department—Sgt. Jonathan Mattingly and officers Brett Hankison and Myles Cosgrove—who were serving a "no-knock" warrant as a part of a narcotics investigation. Hankison was fired on June 23.

Cameron asked police to remove the protesters from his property and when demonstrators refused to leave, they were arrested. Among them was Cordae.

XXL has confirmed with the Louisville Metro Department of Corrections that YBN Cordae, born Cordae Dunston, was arrested and charged with intimidating a participant in legal process, disorderly conduct (second degree) and criminal trespassing (third degree).

The 22-year-old rapper has stood on the frontlines before, fighting for equality and against police brutality. Cordae shared an image of himself via Instagram in Minneapolis, Minn. back in May just before attending protests for George Floyd. Floyd was killed by former Minneapolis Police officer Derek Chauvin after Chauvin kept his knee on Floyd's neck for over eight minutes.

Mysonne was also arrested at the protest for Breonna Taylor in Louisville, Ky. He shared photos of himself with his hands restrained behind his back on his social media early this morning (July 15). "#ArrestTheCopsThatKilledBreonnaTaylor or Arrest Me!!! Power Concedes Nothing without a Demand!!," he captioned one of the images. "When you are willing to Die for Freedom, jail isn't that bad!"

Trae Tha Truth was arrested as well. "Today Was A Good Day For @danieljaycameron To Have Us Arrested…," he said in an IG caption. "Thats Cool But How Bout You Use The Same Energy For The Cops Who Killed #BreonnaTaylor … I Got Time Today… I Sat In Jail And Im Back Out Applying Pressure… #FreeDaGuys #justiceforbreonnataylor."

According to The Washington Post, 87 protesters were restrained with zip ties on their hands and escorted to police vehicles to be taken to jail.

XXL has reached out to a rep for YBN Cordae for a comment.