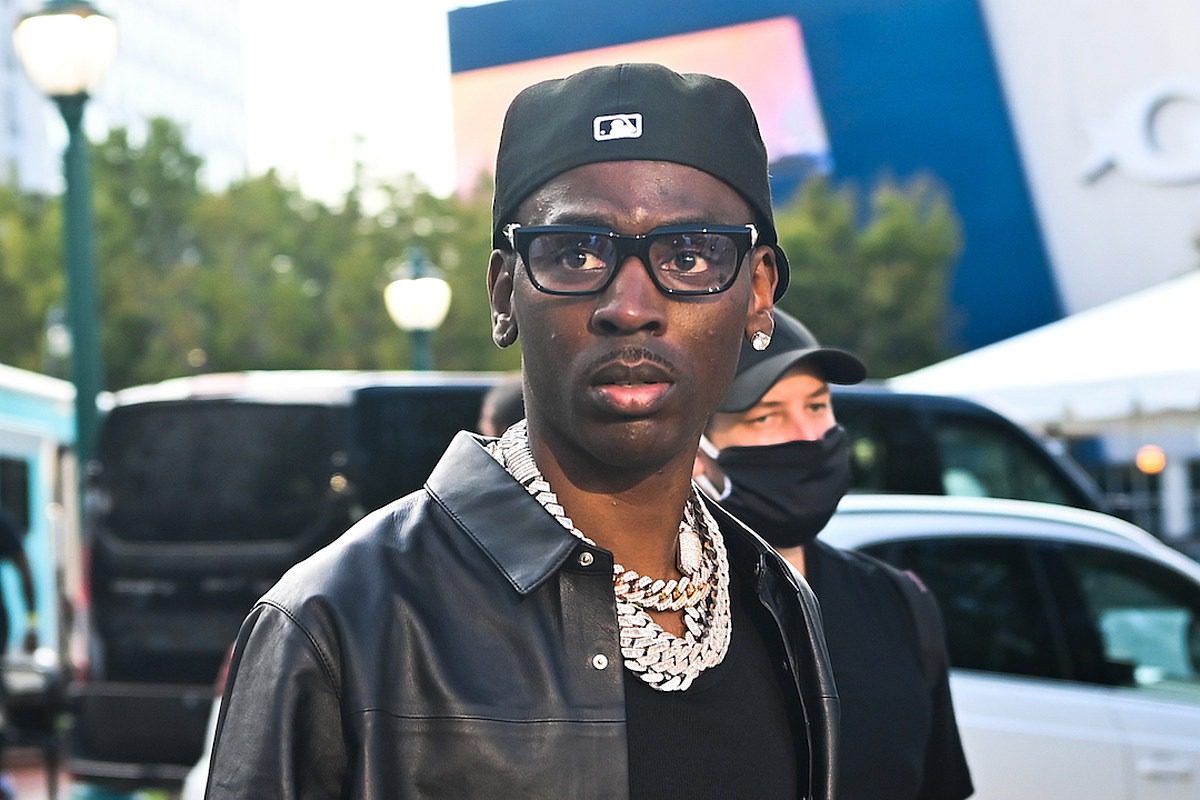 Memphis Police Chief Cerelyn "CJ" Davis has released a statement regarding the murder of Young Dolph in Memphis today.

"This shooting is another example of the senseless gun violence we are experiencing locally and nationwide. Our hearts go out to the Thornton family and all who are affected by this horrific act of violence," Davis said.

Young Dolph has been shot and killed in his hometown of Memphis. He was 36 years old.

According to a report from Fox13, law enforcement sources confirmed that Dolph, born Adolph Robert Thorton Jr., was shot while inside Makeda's Homemade Cookies, located at 2370 Airways Blvd. in Memphis, on Wednesday afternoon (Nov. 17) around 1 p.m.

Maurice Hill, who owns the establishment, told the news outlet that his employees said the Paper Route Empire CEO had come into the store to purchase cookies when someone drove up then shot and killed the rapper.

Before confirmation of the artist's death occurred, Fox13 reporter Jeremy Pierre also shared in a tweet that a shooting had taken place outside the cookie establishment and that Dolph may have been a victim. The post included images of the crime scene as well.

Pierre tweeted: "On the scene of a shooting on Airways. I’m hearing Memphis rapper Young Dolph may be a victim in the shooting. Shooting happened at Makeda’s Cookies."

The motive behind the shooting is currently unknown.

A rep for Dolph confirmed the rapper's passing to XXL today. The rep also spoke to the philanthropic role the rapper played in his city as well as through his IdaMae Family Foundation, Inc., named after his grandmother.

On Monday (Nov. 15), Young Dolph visited a cancer treatment center and had been setting up turkey drives for people in Memphis all this week with artists on his PRE label ahead of the Thanksgiving holiday.

Prior to confirmed reports, rumors began circulating on social media this afternoon that the rhymer had been fatally wounded. Several of the tweets included video footage of the scene, which XXL has chosen not to share.

Young Dolph is survived by his two children.

In September of 2017, Young Dolph was the victim of a shooting outside The Shoe Palace at the intersection of Hollywood and Highland in Los Angeles. He had suffered several gunshot wounds that were not life-threatening.

Months prior, in February of 2017, Dolph was shot at multiple times while in Charlotte, N.C. for CIAA Weekend. Authorities said that over 100 shots were fired at a black bulletproof SUV that was identified as Dolph's.

There were no reported injuries from the incident.

In May of that year, rapper Blac Youngsta was arrested in connection to the shooting. Youngsta surrendered to police with two other men after warrants were issued for their arrest in the investigation into the shooting. The rapper was charged with six counts of discharging a firearm into occupied property and one count of felony conspiracy, all of which were later dropped.

Young Dolph has been in the rap game for over a decade, dropping his first mixtape, Paper Route Campaign, 13 years ago. In 2010, he released Welcome to Dolph World, which is the same year he launched his Paper Route Empire label. PRE includes Dolph's cousin Key Glock, whom he's worked with on several albums including Dum and Dummer and Dum and Dummer 2, Joddy Badass, Snupe Bandz, Paper Route Woo and Big Moochie Grape.

Dolph's most recent solo album, Rich Slave (deluxe), arrived in 2021, with the initial offering coming out in 2020.